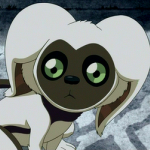 Hi, Yamcha626, welcome to Dragon Ball Wiki! Thanks for your edit to the User blog:Yamcha626/Yo Son Goku and His Friends english page.

Hey that pic on ur profile is that bardock

I'm also a Yamcha fan! Good to know there are some people who still like him

hey love the pic and name

Hello, I see you are a Yamcha fan. I am too. Have we interacted much on this wiki?

We should start getting to know each other a bit better. Do you visit the chat often?

Hey Yamcha, did you see that episode of Bardock came out as an anime?

I really enjoyed it. I watched in in chat with others for 'movie night' :P. I actually really enjoyed the Super Saiyan transformation. Berry is awesome don't you reckon?

I don't think there is much chance of their being a sequel. There are just too many plot holes/variables that would need to collide soon on in. Although I would really enjoy it, I dont see it happening at all. Maybe there could be another type of "EoB" that focuses on something else. Maybe like something about movie characters in Other Wolrd sometime. Your thoughts/ideas on this?

Got it! So Future Trunks and Gohan battle Buu blah blah awesome stuff happens. Then it gets down to them at a battlefield. SSJ3 Future Trunks and lets say Future Gohan has reached a fairly experienced level of SSJ2 are fighting against Kid Buu. Then they battle Kid Buu just like Goku and Vegeta did. What do you think? I can elaborate more if you want?

I reckon it is a good idea. Do you have any ideas for what another type of short anime might be?

Maybe she meets Old Kai? Haha. But that would also be good as she was one of the characters who Z just gave up on.

Yeh that sounds good too. I don't really have any ideas right now. But I will surely let you know if I do come up with any others. Do you have any others. I always happy to hear them.

That would be real good. I think maybe they might decide to have a sparring match. Or maybe it could be for one of the World Tournaments? It would kind of fir in as you can see here.

Christmas was fine, I guess. My sister, friend, and I are playing Mario Kart. They're yelling at me for being on here. RAH! Stupid people... Anyways, I might take a while to respond to messages. So, you play Zelda? SuperKamiGuru 18:03, December 26, 2011 (UTC)

Hey Yamcha, I read your profile, it's cool to see another Death Note fan on the wiki! ^_^ Is Near your favorite character? Budokai Tenkaichi Sign Ups Fighters

Yeah, L is quite possibly my favorite anime character of all time! XD Btw, if you want, I'd be happy to make you a sig! ^_^ Budokai Tenkaichi Sign Ups Fighters

Sure thing, so what do you want? Or should I suprise you? Budokai Tenkaichi Sign Ups Fighters

Nice sig, my christmas was good. I didn't get many presents though, but that was fine since I didn't need anything.

Hello Yamch262, just here to say I had to delete your blog after moderating it for for a while, as quite a few people seemed offended and some users left offensive links to other things in comments. Thanks. :)

Don't worry, I know you did not mean to offend anyone. With sigs, you need to change your preferences.

Its all on my profile.--

First, I will very much take care of my shoes.

Second, who the hell is Urahara?

Well, you ARE insane, but not for that reason.

I'm glad you like it! let me know if theres ever anything you want me to change, arrange, ect. about it. =)

Good to know, and thanks

Numbuh424 asks how will we eat candy?

Has the edit been fixed now? I assume it has, although I'll check it out.

Hey Yamcha, how has your 2012 been going along so far buddy?

Been good so far, but also preety full on. Snow, sounds fun! I hardly ever get snow down here in Melbourne. Well on the first few days of the year it was really hot but recently it has been freezing at like 20 degrees temperature, I can barely stand it outside with shorts, T-shirt and thongs.

Hey Yamcha, I saw the pic on your profile and you said you didn't know who it was. Just wanted to let you know that it was AF Goten. Someone edited that pic and a made a real Bardock pic, see?

Well you are wondering no more ;D

On my wiki. send me a message. my wiki chat

I was saying really because I couldn't believe you would say you really would rather sell your soul. Dbzfan555   (Talk)  2,388 edits made

I saw it. It looks good.

Your thank you is invalid.

Ask Vegito. Mister Baka had nothing to do with it.

You can go back on chat now, I took the kickban off.

Hey Yamcha, how's it going? I know this may be late to say now, but I'm glad there are some users who respect Yamcha.

Glad you agree, I found the humans much more interesting than say Trunks or Goten in terms of character and stuff, just because someone's strong doesn't make them automatically cool. Anyway, I'm doing fine thanks, I just beat Ratchet and Clank: All 4 One with a friend, and am continuing to write and illustrate my novel.

It's sorta a graphic novel with some manga inspired design. I have the plot planned, and have drawn most of the characters, I just need to start making it.

No problem. You can come back now. Kotsu the EM Wave Hero

I made a new sig last night. Foster's was one of my favorite shows, I loved the animation styles and the characters (Wilt FTW). Actually, I learned about that last night, my exact words were "HOLY SH*T. HO. LY. SH*T." And it does seem pretty likely that we're all going to die, it's a shame. Maybe you were right after all.Maybe I'm just bad news.I've been drowning in memories.Call it residual blues. 21:20, February 26, 2012 (UTC)

Lol, those things are gonna cost you a lot of dollars. Lol, thanks for the welcome, It's nice to see you're doing well.

Hey man, I haven't been on wiki for a while and thought I should see how my wiki mates are doing. So how have things been for you man? Also did you get put as a chat mod or something like that?

Yeh thanks man. Although it might just be this weekend that I am back probably. So I am catching up with everyone while I have this long weekend plus a day off of my own ^_^ Yeh I have been alright, but been (obviously xP) pretty busy aswell since school went back and extra things make it more busier haha. So he did it accidentally? Yeh haha, maybe you can go to 10X and complain about his rules on like how he doesn't like to remove rights and say you want yours back. that would be pretty funny. So anything special going on or coming up in your life at the moment?

Oh okay, what is Georgia like? DC is the capital yeh? Well 10X is so committed to not removing rights, like look at some of the old admins, that stuff is crazy xD

It's cool dude, thanks for the message. Also, you probably would make a good chat mod anyway.

I would continue to dominate you in poking, but I got bored. Maybe you were right after all.Maybe I'm just bad news.I've been drowning in memories.Call it residual blues. 02:09, March 17, 2012 (UTC)

Haha, that stuff can really suck when you are typing long emails xP. Nah. that's all good at least you responded eventually lol. Also could I ask you next time to chuck it down the bottom of my talk page or like start a new section, otherwise I might miss it since I only ever really check the most recnet few section headlines on my talk. I only saw yours because I was checking my history on the page lol. Anyway's...yeh it seems real good, isn't georgia the one where people do lots of hunting? Also is it the one where it is like a split kind of community with Bqalck people and White people(hope that doesnt sound racist at all)? Yeh I can see living in the capital of the USA as having the novelty wearing off after a while aswell. Well Australia is a big place, right now it is kind of cold down here in Melbourne, up near west of Darwin in Broome their is a cyclone brewing because of the heat and that is also happening to the East of Darwin and to the west of cairns aswell. Also in parts of NSW there are some pretty bad floods and also in parts of Victoria, so when you say Australia it can mean alot, but I gather you mean where i live. So it is just normal for the time of year at the moment although we had some hectic storms a few days back. Like the lighting lit up the place for the less than a second it was there and booming thunder with killer rain. I decided it was a good time for some exercise haha XD Good fun! To be specific I am around the Eastern Suburbs ;D. Wow, long message ay?

Your avatar looks awfully familiar, but I don't recall seeing it before... but at the same time I do. Is there a particular series of anime/manga it's from? Been driving me nuts for 2 days, thought I'd actually ask for once. Also, hai dere~ don't believe I've ever messaged you before.

All The People That I SeeI Will Never Understand

I've only come here today to fix some things up, but thanks for the mention of me in your blog, I appreciate it. :)

Retrieved from "https://dragonball.fandom.com/wiki/User_talk:Yamcha626?oldid=783356"
Community content is available under CC-BY-SA unless otherwise noted.