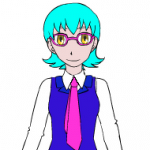 A quick letter from your pal, Tails

A message from a user you wouldn't expect

why do you keep leaveing and coming back on the DBZ chat?

How I Am These Days.

Retrieved from "https://dragonball.fandom.com/wiki/User_talk:WaterKirby1994?oldid=1723762"
Community content is available under CC-BY-SA unless otherwise noted.