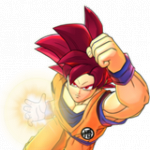 aka The Super Saiyan God

it said u wont

Again, nice avatar, did you get it from Vegta again? If not, you got a good taste in avatars! ^^;

Dont doubt my taste in avatars luka anyways u need to go on early i have eastern time u have mountain time we need a schedule but i still love u and ur avatar vegtassj5 loves ultimateanime forever 01:48, January 26, 2012 (UTC)

hey Jenny its me SSGoten11 but i changed my name to Bardock-Sama I couldn't believe you cheated and left me but i can never be mad at you so if you want to come back to me i will exept you but if not its ok i just thought why..............-Bardock-Sama

Yeah........Its over i know its been over but i just wanted to tell you this wiki marriage is over sorry if it founds hard but its on you,and im not mad,but i could never take you back even if youwaant me back but this Wiki-Marraige Is Over,bye.-Bardock-Sama

i really need to talk to you ua

I need to tell you something ultimateanime please message me on my talk page.... Trunksl

UA, I'm sorry to dump this on you... but Vegetassj5 is trying to cheat on you. He broke KT and BS up so he could get with KT. He'll deny this, but it is the obvious reason he broke them up. He's doing it to other people too, trying to find somebody else. Sorry to bother you.

hey jen, this is zay just saying anytime im not online:just leave me a meassage at user:Syn shenron aka Zaykong. luv u

Its just a little bit of a dragon twist to it. Like on pokemon wiki it says "Join the battle."

Please do not use profanity on the site, thank you. --

OK. I'm going to drop the tough girlfriend act and get to the real stuff.

Ok srsly? I get it, I stole your guy and now you want to kill me alright. I get that, but your being a little harsh aren't you? All I really wan't to be is friends, if you can't stand the thought of that, alright, but can you plz stop yelling at me, and at least NOT be enemies? Mrs. Vegeta 12:50, March 15, 2012 (UTC)

It's getting funnier to see your quarrel with Mrs. Vegeta. HAHAHA

Hey, I don't know about you and what you've done but I want to ask you What the heck is going on between you two? Can you leave me a massage describing your story?

Hmm, I'm so sorry for you. I didn't know this was happened but I am really sorry for you. :( Well, you should meet Vegeta lovely but you shouldn't have harassed him and his current wiki wife. Well, I'm not supporting Vegetassj5 or Mrs.Vegeta but giving an advice you to deal with him and her politely and doing that I know the hatchet between yourselves might be burnt and You can get your lost husband back. Don't take me as a bad person but believe me, you have the possibility to get your love back until now.

what did my idoit of a brother do

thanks for posting on my talk page ultimateteanime it means alot to me and id love to meet vegeta some time u should introduce me to him or her ttyl and i like ur avater pic its really kool :) Vegetaluver200 23:12, March 23, 2012 (UTC)

yeah to bad girls were giving me some while you were gone at hile we were together We got to work for what we want or well never get it 20:59, April 8, 2012 (UTC)

Banner awards have been extended!!!

That's right the awards have been extended!! {C} {C}So, if you haven't submitted, get cracking! --

Just make your own banner and submit to the blog. (link). --লোকস্পঞ্জ22

Are you still banned from chat?

Ultimate Cell Leave me a massage

Well, I think, you should contact an Admin for that. Btw, who kicked you for the first time?

How are you this evening?

Q1. Would you rather worship GT Bulma's feet or Tranny android 18

Profanity is not allowed. You have been warned about this before. --

Retrieved from "https://dragonball.fandom.com/wiki/User_talk:Ultimateanime?oldid=1173670"
Community content is available under CC-BY-SA unless otherwise noted.