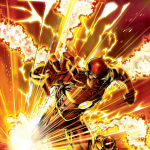 Hi, Tyman1102, welcome to Dragon Ball Wiki! Thanks for your edit to the Gohan page.

You should stop re-adding information that is being disputed by another user. You'll need to use the talk page in this matter (and leave the page that's being disputed in it's original state) to make a decision. Not doing so will mean that you are edit warring, and this could result in a block.--Neffyarious (talk) 03:02, November 15, 2015 (UTC)

It is speculation because if you remember Bio-Broly really wasn't fazed by Goten's and Trunks's attacks until the fluid on him got wet and hardened to where he couldn't move, it is also speculation because we don't exactly know how strong any of those three are because it is never stated and if you remember she beat both of them and held her own against them both in the World Martial Arts Tournament and if I remember correctly they fought in both their base and Super Saiyan forms then so yea. None of their attacks done any lasting damage till the fluid hardened. Also I am watching it right now. 18 done damage to Bio Broly but just like when Goten and Trunks did it just ticked him off, don't say she didn't because she hit him. I think you need to go re-watch it.  Goku20  Talk  ULTRA DBZ  ULTRA POKEMON  04:56,7/9/2016

I am talking about before the fluid got on him (sorry for not specifing) 18 hit him once staggering him, her attacks at the begging broly didin't even move and he one shots her. Goten is able to fight alone with broly till he hurts his shouder hurts. And I am watching.Tyman1102 (talk) 05:39, July 9, 2016 (UTC)Tyman1102

Bottom line is that the wording and since it was never stated in the movie who was stronger out of the three makes it speculation, and to prove it is it would be like me adding to Goku's and Vegeta's pages that Goten and Trunks may be stronger then them because they was able to do damage to Broly when he couldn't that is speculation because we both know that Goku and Vegeta are both stronger then their children.  Goku20  Talk  ULTRA DBZ  ULTRA POKEMON  18:37,7/9/2016

I have the right to remove any message(s) from my talk page after I have read them, now if you had started the discussion on the article talk pages like you was supposed to if you wanted the messages to stay then I wouldn't have been able to delete them.  Goku20  Talk  ULTRA DBZ  ULTRA POKEMON  18:32,7/9/2016

Please, stop undoing my edit out of the Android 18 power section. There is nothing to discuss in the talk page as the article itself states that "After noticing that the beam struggle between the two is not going to be in Krillin's favor, she knocks the blast away with a kick, sending both Krillin and Goku backwards." She does not kick Goku's hands off, but the whole blast. Krillin's blast would be impacting her if that wasn't the case. FutureCyborg18 (talk) 00:17, April 5, 2017 (UTC)

She kicked his hands stoping the blast from firing she did not kick the blast it self, she would have had to have been on the receiving end to do that and you make it sound like she is Ssb Goku level which she clearly isn't. And you are supposed to leave the page as it was before your edit till a consensus has been reached not change it back.Tyman1102 (talk) 00:30, April 5, 2017 (UTC)Tyman1102

I reiterate that said consensus is present, becaus the article itself STATES that she kicked the blast off; "After noticing that the beam struggle between the two is not going to be in Krillin's favor, she knocks the blast away with a kick, sending both Krillin and Goku backwards." I am not interpreting anything but simply putting it down on the power section as well. Please, do not make me contact an admin on this issue. FutureCyborg18 (talk) 11:47, April 5, 2017 (UTC)

Even if you contact an admin I did nothing wrong you were edit warring by adding info that was disputed you should read up on the rules, the only reason I'm not changing it back is because an admin made the edit now while i still disagree I respect it as he appears to not be bias to 18 As you clearly are.Tyman1102 (talk) 19:46, April 5, 2017 (UTC)Tyman1102

Hello, I originally visited the page to thank you for erasing that falasy about 18 stating she was stronger than Buu, but then I saw a discussion with another user about 18 in episode 84. I was the one who had actually updated the bio at 4 in the morning the day after the episode aired, so I just wrote her knocking the blast away. For the longest time I actually thought I had written that she had kicked at his hands but... That being said I actually edited my mistake. thanks again for deleting that stuff

Retrieved from "https://dragonball.fandom.com/wiki/User_talk:Tyman1102?oldid=1576102"
Community content is available under CC-BY-SA unless otherwise noted.