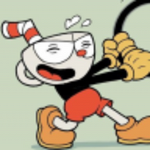 Hi, ThunderBeam707, welcome to Dragon Ball Wiki! Thanks for your edit to the Gohan page.

Re: Re: Nappa Trivia

I'll organize this in a way to make it easier to write.

I'm talking about facts and information that are used to update the wiki itself. As long as there are one of the admins that are actually running this wiki, not including moderators who run the chat but those that created and run the wikia.

I'm not arguing if the fact is valid or not, I'm saying that it's not important enough to include in the article. 10X didn't create the wiki, the creator has long since left, but yeah, I'd call him the main admin at this point. He himself has stated that his opinion is worth just as much as a normal.

"Oh trust me, there is no hostility as much as I do find it annoying that you continuously involve yourself in to conversations that don't directly involve you every 24 second, I really could care less about your opinion or what you think."

Every 24 seconds? Oddly specific, but I'll take it. This "conversation" does involve me, because it's related to an article which involves everyone on the wiki. Hell, I'm one of the guys who first reverted your edits anyway, so I've been involved from the start you could say. Like I said before, dude, I don't care about your opinions on my opinions, I would have used your talk page if I wanted to directly talk to you.

"You claim you're against the changes I've made, if that's true then please tell me about the Trivial about Korin indirectly saving Gohan's life with his senzu beans on Namek, if you haven't noticed when I've added it on the admin's talk page. Tell me, why it there then?"

I dunno, man. Do you think I added that? Could you link the page so I could get a better look? From the way you've described it, I disagree with that being placed in the trivia as well.

"Technically those beans also to Korin, it's like saying he also "indirectly" healed Vegeta with his beans. That's also like saying Korin also "indirectly" healed Cell for his match against Gohan during the Cell Games, when they're really meant for the Z-Fighters and they were supposed to defeat Cell, if that's the case, then it needs to be taken down because it's still sitting in the trivial section. I might just remove now, since we're both being so logical."

Feel free, I agree with you in this case.

You jacked up the formatting back there on my page, hopefully you don't mind that I moved your message down lol.

"You just assumed? I'm pretty sure you had every opportunity to check my page and it should tell you everything about my history. Unlike you I have common and have been checking yours recently to know for a fact you have been doing this as long as as I have."

Sorry I didn't stalk your history? I dunno dude, I've just never been the type to do that. I honestly didn't care enough to go research you or anything, I just assumed you were new. Honest mistake, sorry about that.

Yeah that's pretty funny. See, you just acted like you knew a ton about me by researching my history but the first thing you say is just flat out wrong. I've never been a moderator, the only rights I have here are rollback. And you keep on saying that you don't care about my opinion, and I keep on having to clarify that your opinion on my opinion doesn't matter when we need to reach a consensus. Can we stop this? It's getting redundant.

"I editing on Nappa's page, was not out of any sort of opinion but simply adding new information that could be necessary. If there's any information or facts that haven't been added yet, I will add it if it's necessary."

Adding things isn't always good, cluttering the page with useless trivia is just making it worse. There's so many things to add that are unneeded. Trivia is supposed to be interesting.

"That message, wasn't for me you say? Could've fooled me, I don't remember the admin telling you to come to their talk if there's any issue through his summary while undoing the edit, they told me to come to their talk page if there's an issue on the editing and wondering if the information was necessary or not, this was not out of any sort of opinion nor am I trying to push my opinion onto the admin."

An admin's talk page is basically an open forum at this point, any user is allowed to come on there and voice their opinion. The message wasn't directly for you, and as I've said before, you could have easily ignored it. Instead you messaged me back on my own page and continued it. I'm fine with that and all, but the message I made was to display my opinion on the topic to 10X and any other person who stalks the recent changes page. Look up, you'll see a ton of different users voicing their opinions/concerns on 10X's talk page.

"The reason I said it doesn't involve you is probably because you're not one of the users running this wikia, I never said you aren't allowed to edit here, you're free to your heart's content but I won't come to you for feedback, if you're nowhere near as being an admin that I can contact."

I don't see where I implied that you should come to me for feedback.

"Well even so I'm not gonna respond to you and spam messages on someone else's page, I'm pretty sure the admin himself had to keep telling you this to respond to users on their own page directly. If I have something to say to you, I won't hesitate to confront and tell you flat out what's on my mind on 'your page.' If it's on someone else's user's page then I'm just gonna ignore it, plus to me it might be unfair to the user and I don't wanna spam a shit load of messages on their page, especially when it's with another user."

I'm sure you're misunderstanding what I'm trying to say. I'm not trying to start an argument with you, I gave you as many chances as you want for you to just ignore me and move on. By not replying on your talk, I was trying to end the discussion easily so it doesn't keep going like this for no reason. When you kept on replying, I decided to reply back on your talk page because this is now a conversation between us instead of a general statement I made on 10X page not directed at you but instead at your argument.

"Why are you asking me for a link to Korin's page, you know you can type to access Korin's page to check it yourself. Just type to find the page and you'll see exactly what I mean and that's basically the reason why I even added that info on Nappa's page."

You never really specified it was on Korin's page, you just said it was on trivia. It could have been on Gohan's page, and episode, a chapter, whatever really. But you're right, I should have checked Korin's page first anyway. After seeing it, I still disagree and would like both pieces of trivia removed. -- • Final Chidori • Talk 02:18, April 6, 2016 (UTC)

I see. Thanks for your advice.

Retrieved from "https://dragonball.fandom.com/wiki/User_talk:ThunderBeam707?oldid=1732776"
Community content is available under CC-BY-SA unless otherwise noted.