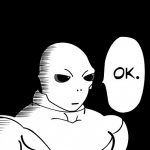 are you the one making the fnwljgsakljgbkl blogs or r u the one deletin them?

He was deleting them.

I don't know if you'll see my comment Edit

Which part of Canada are you from? I'm from Cambridge, Ontario.

I think we already have that in the form of a Toonami page bt I'll let the admins decide The User Who Has Long Since Forgotten His Name 01:10, April 28, 2012 (UTC)

What the troll said on your blog Edit

BLOW IT OUT YOUR ASS
27 minutes ago by Chatroll

Yup. Look up here. A mature adult who can create an intelligent and respectful form of disagreement. Yup, dont delete his comment, just to show an example of how brilliant some people can be
25 minutes ago by TeamUnitedNerds

That's not nice TUN. He already feels bad that he doesn't have a Penis, why put him though more "bullying"!?
22 minutes ago by The BlackLight Virus

Yes. Because he is a completely innocent victim who's own deeds didn't overshadow all of the ones done to him. Yeah. Totally
21 minutes ago by TeamUnitedNerds

I was being sarcastic...
16 minutes ago by The BlackLight Virus

And last time I checked, web sites do not have sexuality.
15 minutes ago by TeamUnitedNerds

BUT THE FAGGGOTS ON THEM DO
14 minutes ago by Chatroll

Well America itself is gay. It has like 12 fathers Are u guys talking bout me

You didn't see this blog either I take it

Thank you for the notice, sama

who is this person..?

Come on, you didn't even post on my talk page before you undid my edit. Seems like nobody does that ffs. It wasn't mine, at least not the whole thing anyway. I even said, next time tell me. Isn't that what we're supposed to do so as to not start edit wars? I don't know if you get to decide that but it stayed up for as long as it did for a reason right? I guess it was wrong but what if I disagree? Fair is fair and I've had enough of this. I'm going to undo the edit, and until it's confirmed by the creators of this wiki or the guidelines or whatever don't change it back. Besides, trivia is supposed to be about little things, so does it really matter if it's not significant enough? If you're right, please help me make it so people can't just undo edits unless they follow this rule so we're all good huh? WaffleGuy talk contrib

Retrieved from "https://dragonball.fandom.com/wiki/User_talk:TeamUnitedNerds?oldid=1624474"
Community content is available under CC-BY-SA unless otherwise noted.