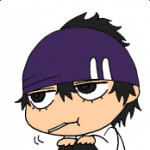 aka Waka A Daemon

Hi, Tailsman67, welcome to Dragon Ball Wiki! Thanks for your edit to the User blog comment:Zarles the defender/which dbz girl is the hotest or cutest/@comment-Tailsman67-20110113143230 page.

Yeah, I predicted people wouldn't believe that. But not only Gine's article, there are also times that I put some piece of information and I don't put any source due to "there is no source available at the time being" because it's a "too early information", but soon everybody will eventually see that what I put it's real. They insist on not believing in me. Kinda hard to explain, I'm sorry if you didn't understand. Lol.

I would never post something fake, even when I don't put any source, I know it's hard to believe in someone else but is just a matter of time that information I put will happen to be real. XD

I think the word canon will make you dislike anything. People for the most part forget one thing "we're fans". Although i'm on DBU wiki it doesn't mean I hate filler, who remembers the license episode? lol. I totally agree Future of Trunks was amazing. I think i'll just wait for super to finish an english version. Because it could be that its better with the english dub. But what's your view on Rof arc? --New World God 14:08, May 26, 2016 (UTC)

Princess Snake was a cool episode it was actually thought by Toriyama and gave it as a cool note for Toei. Yeah, Super seems to be something I would rather wait for, good news I hear there is a dub coming out soon for the first arc, also super seems very impressive as of late with the new Future Trunks Arc. As much as people don't like to admit GT does somethings better than Super, the only issue is that GT always uses ideas that already exist in the series. That's why I loved the films of Beerus and ROF because in one hand Freeza got a new form, we got new Saiyan forms and we also got an amazing world-building into the continuity of the series. GT's only good thing they actually had me enjoy from the beginning to the end was the Evil Dragons or rather the "Shadow Dragons". It was cool to see them introduce Gogeta and on top of that use the very tool that helped them in their adventures as an antagonist.

Yeah totally agree with you DBZ/GT had a good way of building the story compared to Super's lets just get strong because who cares. I totally agree with your views on Super its a mixed bag but for the most part I'm just happy to get any new Dragon Ball series. Every fan wanted it, now we got it. So its time to enjoy it while its here. --New World God 08:51, August 6, 2016 (UTC)

Who do you think Black is? Since you're watching the new arc it makes a more cool conversation to talk presently about the current arc. --New World God 22:55, August 19, 2016 (UTC)

I seen today's episode and I must concede that you may be right. Take a look at the first episode of the arc and look at Black's first appearance. He looks completely different. If you need to see it go to Youtube and search for the moment when Black kills Bulma. He looks completely different. Another theory I have that Zamasu created him to bypass his inability to kill with impunity. But if this is the case, what's the chance that Trunks (Future version ) is from U10? --New World God 03:04, August 21, 2016 (UTC)

Retrieved from "https://dragonball.fandom.com/wiki/User_talk:Tailsman67?oldid=1483405"
Community content is available under CC-BY-SA unless otherwise noted.