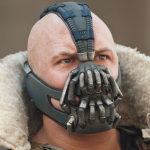 Please do not harass or insult other users on this site. It is not allowed, and will lead to loss of editing/chat privileges. --

80pxTime to end this, Vegeta.

when u said You can leave a message on my talkpge who did u mean 80pxTime to end this, Vegeta.

this is ssjgohan some times i miss sutff to

Goku,Gohan and Electro are not sockpuppets

Do not insult or harass others on this site. --

Do not use profanity on the site, even if you think it has been censored. It is usually quite obvious and is just as bad as writing the whole word. Additionally, you are still harassing other (eg. telling them to shut up and swearing at them), so you are blocked for 3 days. Finally, do not mark blogs for deletion unless they are breaking the rules. Just because you disagree with an opinion or have read the news posted before doesn't mean that there is something wrong with the blog. --

Nope, ya gotta find it. I'll give you a hint if you want.

That's the way the Wiki is.

Wait, your picture says for n00bs to go away, but you just joined this Wiki...

He sat in his cell. Awaiting the guards to come. He was a wizard. Frail magic users that usually use a staff as a weapon. He was captured by minions of the mad god Oryx. A nigh invincible warrior that can kill people with a simple flick of the hand. Oryx kidnaps weak fighters to use as food for his army of minions. The wizard had a plan. It wasnt a very good plan. Nor one that would give him a good chance to live. But its better then dying. The wizards name is karo. Karo isnt a very tough wizard. Or the smartest. Or fastest. He wasnt a good anything. Suddenly. He heard footsteps coming from outside. Two guards opened the door. Both wearing nothing more then some wooden armor and wielding small daggers. They grabbed karo. Shoving him out of the cell and into a room. He saw a small treasure chest inside the room. Where they keeped the items of prisoners. Perfect he thought. As he then punched one of the guards in the face. Causing him to stumble backwards as the other one backed away slightly. Realizing what just happend. The wizard then ran towards the first guard and punched him again. Causing him to drop the dagger as he ran towards it and grabbed it. I cant believe this worked.. he thought as he then stabbed into the first guard repeatedly. Causing a bit of blood to stain the knife as he then threw it into the neck of the second guard who quickly fell down dead. "Well..That wasnt so hard.." he said as he then walked towards the chest and opened it. It was filled with small daggers some weak swords staves wands and bows. He repeatedly threw out the things inside til he found a stave with a white gem ontop of it. The exact stave he had before being captured. He smiled slightly due to retrieving it before then walking out of the room. Into the kitchen.

Oh fu-.. He thought as he looked at a large amount of guards and butchers inside. Staring behind him at the two corpses before then rushing towards him. "Alright..This better work.." He pointed his staff forward as then it fired out a white bolt of energy. Blasting through a few of the guards as he continued firing bolts from it. Frying multiple butchers

and guards with each blast. Eventually all of them becoming charred corpses or piles of ash. He at least liked the fact magic wasnt messy. Unlike most of all the other weapons. He continued going through the kitchen. Frying any butchers or guards in his way. Until reaching the end of it. As he saw a large butcher covered in blood. "Ahahaha! Another shipment. Finally!" He said as he then swung his butcher knife towards the wizard. Who got sliced with it and stumbled back slightly. His robes now with a bit of his own blood on them. He pointed his staff at the butcher and fired a blast. Causing the butcher to stumble and fall down. He continued firing over and over. But barely affected him at all. He got up quickly and sliced into karo again over and over. Until karo's robes were now completely covered in crimson blood. He then pointed his staff at the butcher. "Ka. Ra. Ma. CHA." He said as a large burst of flame came outwards from behind the butcher. Quickly frying him into nothing more then ash. What he just did was what wizards are best known for. Spells. Large amounts of bolts of energy fired around opponents. Usually wizards carry a piece of paper with the exact chants needed to cast it. But he already knew the chant for the fire spray spell. The weakest level of it. But still powerful. He walked forward. Seeing the exit out of the horrible area. He opened the door and stared out. And saw something amazing.

Trees. Beaches. Animals. Fighters. People. Water. Rivers. Roads. This was a realm. The realm. Of the mad god.

Honestly I don't think that it would be deleted. It's just a question about a character's attack. Anyway, I'm glad I could help.

Yeah, the hint was worthless, but it could help.  • Vegeta88 • Talk • Contribs

Sorry for not responding. I don't have a good excuse, I just forgot. As for your image, it's not very good quality...

There's a vote going on on the Goku talk page though. Check it out.

How do you think you can get better than meh on templates?

Another? No, I want a REAL template that you didn't copy from somebody else.

No, MAKE something yourself. (Ex:Stealing somebody's sig, and changing the colors and such.)

I was banned from chat, so could you come here:http://dragon-ball-rp.wikia.com/wiki/Special:Chat ?--ASSJ R GThe Ultra Thunder

I forgot to keep messaging you. And that wasn't really wikicode-like. Everybody know how to make strikes.Duh.

Yes. This is what I see:

HAH. I c wut u did thar. Oh well. Ollie's was a fail. Anyways, these are some EPIC DBZ Quotes and a non-DBZ Quote. No, I am NOT a show-off with wiki styles.

"Are you crazy?!.. He would've been alright! You're the one who blew him up!" -Goku, to Vegeta, after the latter killed Nappa

"Hell no, we won't go!" -Monk's chant when refusing to leave a car garage

I just proved you wrong!

If it WAS there in the first place.

Not bad... Not good either. Not creative. Just spamming boxes around words.

I have been keeping an eye on your interactions with users over the past day or so, particularly on blogs. The Rules apply on blogs just as they do everywhere else on the Wiki. Personal remarks, insults, etc. are absolutely unacceptable. You're "Hurr durr I'm using Coolrye logic so I say definitely Nail" comment on User_blog:Coolrye/Majin_Buu_vs._Nail is insulting, said user was clearly offended. I am giving you this one warning to alter your attitude and demeanor on the wiki, please remain mature and and respect the rules. Failure to do so will result in negative consequences.

"Anything that you create on the wiki can be USED by other users." Not altered, used. So you deal with it, or I'll report you to 10X.

Retrieved from "https://dragonball.fandom.com/wiki/User_talk:Super_Saiyan_7_Somebody?oldid=1000836"
Community content is available under CC-BY-SA unless otherwise noted.