New Manual of Style up for review

Hi! I just wanted to let you know that a newly proposed Manual of Style has been written and is undergoing review on its talk page. Please make any of your concerns or ideas known so the manual can be finalized and put to use as soon as possible! Thanks. --

Hello again. Please stop adding line breaks like you did to the Drum and Cymbal pages. There is no need for useless line breaks/skips in space. I've had trouble conveying this message to many people in the past and it may be necessary to bring this to the manual of style itself to convey it to members. It is bordering on a form of vandalism. -

Excuse me, but I'm not "bitching". That was uncalled for. I've had to say this to so many people already, it's quite a hassle. I'd appreciate it if you could help decrease this rather than instigating it as I will be responsible for reverting it. -

No harm done as long as it isn't done in the future. Pals? -

No way I meant any personal disrespect. I'd rather continue to have a friendly environment and good relationship with my fellow contributors and I know you're a good contributor for quite some time now. I'm glad you noticed how hard it is for me though, what with all the random ip's constantly vandalizing, if you could help me reset these certain instances in the future, I'd greatly appreciate it. We are comrades after all. And I hold all my comrades in great esteem. -

Sorry for such a late reply, I have not had much occasion to log on this weekend. Goku was 12 at the start of Dragon Ball. Now, it is never specified what month Goku is born in as all he know is that he was born in 737 Age. The beginning of Dragon Ball takes place in early September of 749 Age, meaning that he could technically be 11, but it's safe to assume that he was 12 from the start as well. Hopefully that clears things up a bit.

Ah, I assume you are refering to the Otokosuki page. I was looking through the recent edits (which I do for everyone, even the admins) and noticed that you had taken the part about South Park out. That is exactly right, and I don't disagree with that. But I also noticed that you deleted the "related characters" template from the end of the article. As I was going to change that bit, I accidently hit the "undo" button. Instead of undoing my own undo, I decided to then just take out the thing you had already taken out. It seemed like the related characters section was taken out on accident, that's all. And yeah, the admins and several users agree that comparisons and simularities from other franchises should not go into pages at all. Happy editing, and I hope I haven't angered you too much by this. It was never my intention to jump out at you. The summary was also not meant to be agrresive or forcefull in any way, and I apologize if it came across like that.--==> DragonBall.Z GT Goku

No problem at all. I probably should have said something to you right when I did it, so I will apologize for that anyway. I figured it was a mistake. Your edits all seemed like good solid ones and that didn't seem like your style. No hard feelings at all man. Happy editing :D --==> DragonBall.Z GT Goku

Yeah, there are some discepensies among the users and admins sometimes. They don't always communicate with each other so well, so they aren't always on the same page. You seem to know your stuff, so I'd be happy to discuss DB related things on the forums with you. Hehe, and thanks for the compliment! --==> DragonBall.Z GT Goku

Hehe, it's not bragging at all. I like to think of that "title" as more of a helpful sign to less knowledgable editors that need help than a way to brag. It's really easy to add it to any page if want. just type {{User db-3}} and it show up! I love those templates, and I helped make that one. The hard part has been telling those that actually have the knowledge that it exists :P --==> DragonBall.Z GT Goku

Re: When it was said

I'm very sorry you feel this way. I hope I have at done all I can to make you feel welcome on this site, even though you have been here for longer. As for ranking's, I'm not sure what you mean, everyone is equal until given some form of Admin privileges? I cant comment on piano's death as I have not yet reached that part in Dragon Ball (currently working through it). I haven't really been on this Wiki to long so I also cant say that I have seen your edits being picked on because of my in experience. I do however hope that myself, Dragon Ball Z GT Goku, and whoever else you may speak with treat you with the same respect that you treat everyone else with.  SSJ4 Lewich  talk  contribs  21:56, April 23, 2010 (UTC)

I do not mind when other users disagree with me, as I know that I can be wrong, and I fix my mistakes when they are brought to my attention. However, we at Dragon Ball Wiki not allow harassment of users, such as you have been doing to me quite a bit recently. Because you have accused me of lying, having some yet-unexplained bias, accused me of vandalism, claimed I am "crooked", called me a hypocrite, and said that I don't know what I'm talking about nearly 10 times in just a few days, I am officially warning you that continuing to harass me, or any other user on this site, will be cause for you to be blocked from editing.

I would much rather not block you, as you have been around for a while and you usually make very good edits, but maintaining a harassment-free site is more important than any single editor. Please carefully consider how you want to handle this problem you have with me and some of the other Sysops. --

I too, would appreciate you not harassing other users, especially not on my talk page. In my opinion, because you are posting on myself and DragonBallZGTGoku's talk pages, it makes us seem as if we are in agreement with you about the wiki. This is just my opinion. I also very much respect 10X Kamehameha because he has helped me with a great number of things, so I also do not agree with you that he is biased, unfair or throwing his weight around. Thanks  SSJ4 Lewich  talk  contribs  19:47, April 24, 2010 (UTC)

Just a friendly word of warning, if you are looking to avoid being banned, starting an edit war is not the way to do it. If you have a problem with that picture bring it up on an Administrators talk page.  SSJ4 Lewich  talk  contribs  19:59, April 24, 2010 (UTC)

Well I am sorry you feel that way. While I was trying to helpful and help you avoid getting banned, you seem to not want to take my advice and respond in unfairness.  SSJ4 Lewich  talk  contribs  22:54, April 24, 2010 (UTC)

I don't remember if that's when Guru dies, I was just looking for a picture where his entire or most of his body was shown. No problem man! Let's pretend nothing happened.

Lol, I gotta agree, that does look a little like when he is dead : D --

I need to see the entire Namek storyline again. I guess it doesn't matter if he was dead or not though, it just seemed a little strange to me at the time but Future Goku's page has that quirk too. SuperTron500 (talk) 18:03, May 2, 2010 (UTC)

Ahh I see, its probably because it is a developed form available to Cooler only so would not be included on Frieza's unnamed race page? If that makes sense?  SSJ4 Lewich  talk  contribs  18:24, May 2, 2010 (UTC)

But Cooler's fifth form is still listed on the Frieza's unnamed race page? Also I have never really been interested in the Gi so I personally couldn't offer my opinion. Sorry  SSJ4 Lewich  talk  contribs  18:52, May 2, 2010 (UTC)

Yep, another opinion needed! It's regarding proper citation and sources. Thanks!

Yeah I know. I searched for it earlier as I know I have seen it before on the wiki, however couldn't find it. Basically, all that happens is his aura gets lightening around him for a few seconds untill Goku clims out. Theres a video of it here. Hope that helps  SSJ4 Lewich  talk  contribs  17:12, July 16, 2010 (UTC)

I believe that he was closer to Cell's perfect form. Since Android 16 was able to match a Semi-Perfect Cell, we can clearly see that Adnroid 13 is more powerful, putting him in the ball park of Perfect Cell.  SSJ4 Lewich  talk  contribs  18:16, July 16, 2010 (UTC)

Me neither. I'm not sure Super #13 was as strong as Perfect Cell becauce Cell is Dr. Gero's ultimate creation, but it is possible since there in no indication Cell even exists in in the timeline of movie #7, in which case it would make sense Super Android 13's full power would be equal to Perfect Cell's since it would make him Dr. Gero's ultimate creation in that timeline. SuperTron500 (talk) 18:29, July 16, 2010 (UTC)

True, i'm just saying from the point-of-view of the movie it's possible #13 was as strong as Perfect Cell since he seemed to be the movie's equivalent of Cell in terms of relation to the super computer and the fact he absorbs two Androids. I still imagine him as weaker, but each to their own. Btw, i noticed when Goku absorbed that spirit bomb he kinda looked like he did when he showed Gohan his first advanced Super Saiyan level, except since he moved alot more in the movie than in the time chamber he looked almost the same as normal super saiyan, which is also how Super Vegeta was drawn whenever he wasn't standing still. It's cool hearing your opinion, really, i'll have to think of more power levels we can compare. SuperTron500 (talk) 18:43, July 16, 2010 (UTC)

Hmm, that's a good question, I think my opinion on it would be no. He didn't know about it then and perhaps because he knew what a Super Saiyan was during his fight with frieza, he probably had something to aim for  SSJ4 Lewich  talk  contribs  19:22, July 16, 2010 (UTC)

Hi! There's a discussion going on here that would greatly benefit from your input. --

Hello, do you know in wich chapters appear this images? 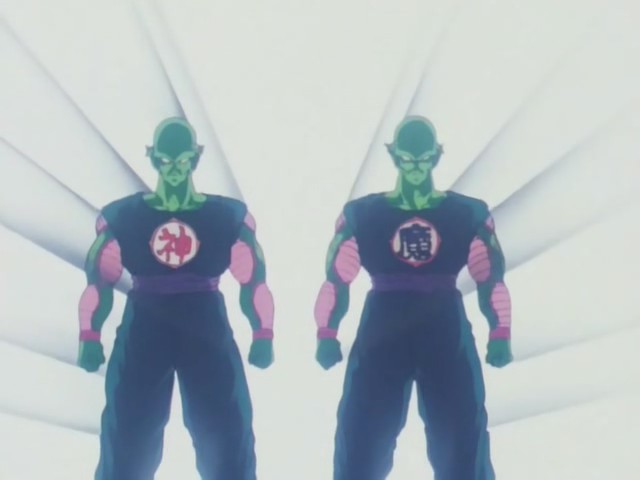 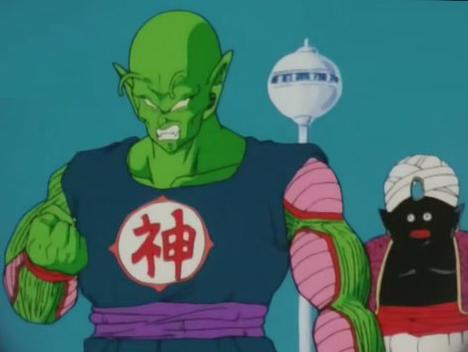