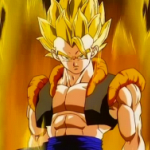 Hi, Ssj3gogeta96, welcome to Dragon Ball Wiki! Thanks for your edit to the Forum:Broly vs bojack? page.

Good job on the post with Sayins and bullets, I thought I would judt top it off for you!

Have you watched any of the DBZ episodes

Ok better question have you seen the episodes that deal with Trunks talking about 19 and 20 and 16 not being in his time and that he changed the future of the present timeline.  Goku20  Talk  ULTRA DBZ  ULTRA POKEMON  23:41,1/8/2013

Right and the reason is because Android 19 and 20 are not the ones that killed the Z Fighters those two and 16 didn't exist in Trunks Timeline because 16 and 19 where killed when 17 and 18 destoryed Dr.  Gero's lab and where Dr.Gero made himself into an android in the present but didn't in Trunks's timeline as far as we know he could have been I am not for sure but he died by the 17 and 18 so when Trunks went back he thought he changed history but then he thought Cell did it could have been Cell or Trunks or both but that answers your question about the timeline thing you have a bolg for and I commented on it to.  Goku20  Talk  ULTRA DBZ  ULTRA POKEMON  05:59,1/9/2013

Check out my edit for http://dragonball.wikia.com/wiki/Forum:Lets_settle_this_once_and_for_all:_Superman_vs_Goku?s=wl#Just_why.3F. But if you wanted to follow the math and science I was talking about you have to start from http://dragonball.wikia.com/wiki/Forum:Lets_settle_this_once_and_for_all:_Superman_vs_Goku?s=wl#Okay.2C_There_We_Go.21_I.27m_Such_a_Noob...Anyway.2C_Death_Battle_is_Fucked.2C_Goku_Should_Not_Lose.3B_Here_is_Why.

It is a lot of reading, but I provided links to prove what I am saying for most of it, that is only if you are interested. We both came to the obvious conclusion that Superman can't match Goku in power scale in Death Battle. And Superman cannot beat Goku in developmental speed which is why 100 years past GT Prime gets his faice melted by Eternal SSJGod Goku : ). Cool name btw Anotakueatingataco (talk) 04:49, July 16, 2013 (UTC).

Thanks. And yeah I've read it. Nice job. Here's the stuff I read a while ago. It's really long but if you have time it's worth reading. http://www.screwattack.com/news/death-battle-erred-goku-vs-superman

I read it, liked it, got me thinking, posted more, thx.

Retrieved from "https://dragonball.fandom.com/wiki/User_talk:Ssj3gogeta96?oldid=1149019"
Community content is available under CC-BY-SA unless otherwise noted.