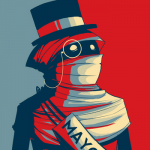 My talk page was getting to big and is now archived.

Lol did u like it? i tried 2 end it differently than like an epic beam struggle lol also i didnt let vegeta kill him alone this time

20:53, September 6, 2010 (UTC)
K ill start with DL now if u wnt also i fixed tht thing u said u didnt like about how tien turned super human and was as strong as everyone except vegeta, u r right tht was kinda fanboyish

01:36, September 7, 2010 (UTC)
Ooh right ok i just finished the fight of gotenks vs piccolo and im workin on gohanks vs gotenks now

Lol how could you make templates without knowing? I'm asking because I saw the tutorial on VEGETA TLSS's page. I can't make any templates unless I know. 20:18, September 9, 2010 (UTC)

Lol you got to hear how ridiculous this song is. Its called "Goku", by Soulja Boy. It doesnt even have rhythm.

The Pain Is Gone!

Can you be more active on DBWar's?

Autoblocked because your IP address has been recently used by "Princeofallsalads".

I have angrily ascended to Super Salad 9000. I will destroy the universe! Also, to get rid of a block, you go on the block page and set the amount of time to a minute in the future. I did it on Dragonball War's. Now.... *Universe suddenly explodes*

when exactly is this block supposed to run out?

ummmmmm sure i dont see why not... i needed wuz a link to my user page thanks [[User:Saiyn prince 5821

hey um i think when you were fixin my sig i think you accidently made a mistake with my background it wuz red but then when you finished it wuz black so i tried to fix it i end up not havin one at all[[User:Saiyn prince 5821

never mind i dont think i want help frum a person who disrespects and doesnt like vegeta fans to be honest gotenks isnt even cool hes lame and annoying ill ask sum one else [[User:Saiyn prince 5821

Do you have an msn? If so could you give me your msn trough youtube?ASSJ R GThe Ultra Thunder

Hey man, i9 seen some of your comments on blogs around here. Thought I might come by and ask if you are still active, are you?

I's been a while

Retrieved from "https://dragonball.fandom.com/wiki/User_talk:SonikFan112?oldid=912270"
Community content is available under CC-BY-SA unless otherwise noted.