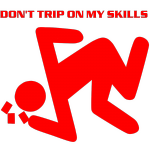 Welcome to my Talk Page! Leave a note if you'd like! Ask me anything at all!

Hey there! I've seen you leaving a few deletion templates on forum posts lately... just wanted to tell you that we don't regularly check those. If you want to report something to a moderator or admin, the fastest and easiest way to get in touch with us is through our talk pages. Please, feel free to stop by mine the next time you see spam or anything. — • Final Chidori • Talk 20:07, April 5, 2017 (UTC)

on your  Zeno is the omniking of destuction post you said

"Omnipotent means able to do anything. One must be Omniscient and Omnipowerful (and arguably Omnipresent, though that is chicken-and-egg debatable) to be Omnipotent.

Omni being the root word means All.

Omnipotent could be called All Potential

In order to have all potential, one must have all power and all knowledge.

Omniscient is all knowledge.

Omnipresence is existence in all places at all times, which may be a result of Omnipotence, so I will exclude that from this discussion as a variable if possible."

the thing about that is you are actually not correct.richard dawkins once said that

"it has not escaped the notice of logicians(people who study logic) that omniscience, and omnipotence are mutally incompatible, if god(or any god like being) is omniscient, he must know how he is going to intervene to change the course of history using his omnipotence. but that means he can't change his mind about his intervention, which means he is not omnipotent."

clearly it escaped dawkings attention that real logicians(study logic) have refuted these claims, according to logicians(people who know what they are talking about) Omnipotence DOES NOT mean the power to perform any imaginary action that human beings might dream up

Retrieved from "https://dragonball.fandom.com/wiki/User_talk:Solember?oldid=1635595"
Community content is available under CC-BY-SA unless otherwise noted.