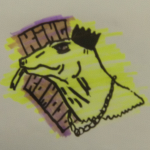 Follow site policy which means leave the page as it was before you made the edit of removing the death that was undone and use the article talk page till a consensuses is reached.  Goku20  Talk  ULTRA DBZ  ULTRA POKEMON  14:36,2/20/2016

Done did present you with hard evidence also you are still not following site policy if you continue I will report you for it.  Goku20  Talk  ULTRA DBZ  ULTRA POKEMON  21:01,2/21/2016

We should be so quick to change things with this. There're two names for this planet. It's similar to the situation of Super Saiyan God Super Saiyan and Super Saiyan Blue. Meshack (talk) 21:30, February 21, 2016 (UTC)

The planet exploded, unless there's evidence that Uub did *not* die, then he did die. Newborns/Toddlers don't survive planetary explosions (Broly being the exception). Besides Frieza and possibly Vegeta, nobody else outside of the shield that Whis created survived. Uub's death is not "speculation" if it's a known fact that everyone on Earth died. -- • Final Chidori • Talk • Contribs 21:53, February 21, 2016 (UTC)

I'd feel more inclined to ask nicely if my edits on multiple pages didn't keep getting undone without reasons and evidence being given in the summary. It happens far too often. I'm just trying to help this site develop. People on Reddit and Kanzenshuu forums still see us as "innacurate" and "a waste of peoples time". --Silver Sinspawn (talk) 22:16, February 21, 2016 (UTC)

I totally get what you mean and speculation in general isn't very good for the wiki, but I think in cases like this where a planet explodes with no signs of survivors, it's alright. -- • Final Chidori • Talk • Contribs 22:21, February 21, 2016 (UTC)

It's just cumbersome to have to edit all of the other pages. Doing this means that we'd have to edit it for every character we ever see after the events that would have been on Earth too. --Silver Sinspawn (talk) 22:29, February 21, 2016 (UTC)

Actually, it's a lot easier than it sounds. We only have to do it for characters who appear in the last episodes of Z, which take place after the Super timeskip. We obviously know that those that fought in the tournament were alive during the events that unfold. We know the announcer was alive too. Barring that, anyone we don't actually see anyone else, so they could have passed away in the timeskip. That being said, it's also not confirmed that GT is canon to Super, or that it even takes place in the timeline, so characters who appear later in GT but not in the end of Z needn't be done. I've gone ahead and added it to all of the tournament fighters, plus the pilaf gang, and the announcer, that's pretty much everyone. --Silver Sinspawn (talk) 22:46, February 21, 2016 (UTC)

Retrieved from "https://dragonball.fandom.com/wiki/User_talk:Silver_Sinspawn?oldid=1435293"
Community content is available under CC-BY-SA unless otherwise noted.