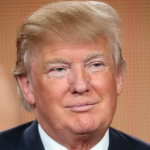 Come on dude why would I do that

I don't believe the Display title is needed which you are the only one who does also you should have used the article talk page.  Goku20  Talk  ULTRA DBZ  ULTRA POKEMON  21:16,6/21/2015

Ok I didn't care about start of the edit war enough to report you for it but the gd word I hate it not just because I am a christian but also because i have had it used against me when someonw was pissed and that is another reason I get offened when it is used toward me, so I ask that from now on when we have a run in will you try your best to not say it.  Goku20  Talk  ULTRA DBZ  ULTRA POKEMON  00:00,6/23/2015

What does this do?

Plz do that thing you did for me once (forgot its name, I think it's border removing) in this pic. Thanks plz.

is happening? What are you and you talking to Staff?

Is your AutoRefresh working?

I found out what happened. Staff added the option to allow/not allow personal JS, and by default it's unmarked. Fix it in Preferences.

We were talking about what to replace the background with.

I looked up on Yahoo Answers and we decided to take a screenshot from something that involved something with a sandbox and some kids or something, I only read the title.

Some guy told me it makes a perfect website background.

Thank for your help undoing those sock puppets' edits today. --

Thought you were smart, eh?

So I see this "new messages" thingy that you totally did not steal from me, and you know what? I almost fell for it. Almost. But your newbie trick was revealed to me once I decided to hover over the text. Suck it.

Good point, most of my coding came from Epsi anyways. No shame in admitting that now that he's inactive ;)

is this? js? script? hakkying? or are you just writing this manually for the lulz?

well we should just make sure they stay here when Kanzenshuu wiki is released so they won't fuck up that wiki like they do here.

The admins there are not stubborn assholes like the guys at Dragon Universe. And they won't make up shit and crap all over the wiki like some ppl do here.

You're the one who made it, so idk. I already use it for like 2 years so whatever

The skill of science is actually to make obvious statements instead of actual science.

Can you plz cut the characters with invisible background on photoshop like you did to me a few times before? Here. You don't need to do Magetta because half his body is cut. And don't use the first pic to make Hit, use the fifth pic since it shows more of his body.

And btw I became a chat mod here due to Staff messing with Moderator rights, but I can't unban myself D:

Vegeta made Piccolo useless and I don't care

Plz cut the background from this pic

What, I checked that wiki and thought they hadn't made it yet.

Those are super cute, I think the one who added it is Hulk10 because he is the one who likes to put animals in his blogs.

The cats and dogs pics have been removed

ur welcome. some troll had vandalised your user page so I reverted his edit.

You didnt show up on time so I'm breaking up with you good bye. jk

check ~that~ again. and come to chat

There may still be another chance. Chat if ur on.

We have to go visit Robot-san again.

Live the Unholy Trinity of Presidents (Russia's Putin is the third).

Do you remember when this was all but a dream?

Same, not much has happened to me either. I'm not embarrassingly young anymore, though, so that's a plus. Speaking of embarrassing, it's pretty fun going through my account history and cringing until my nuts kinda shrivel up. I actually recently started editing here again a couple weeks ago, before that I was inactive for a few years. Discord looks pretty sleek, I haven't really tried to get into it outside of a few gaming servers. Do you just join a bunch of different servers about random things and flip through them or mainly stay on one or two of them? — FinalTalk 00:32, March 19, 2020 (UTC)

Yeah I get it. I haven't been doing much "online socialization" myself after chat/blogs here kinda died. Reddit is okay sometimes but I mostly lurk around there. Nobody my age has a Facebook so I'm pretty much just using Instagram for groupchats and stuff. I think we're from the same state, right? Capital of Wawa? — FinalTalk 16:48, March 23, 2020 (UTC)

Yeah, Capital of Wawa, Jawn Central, Amish HQ... running out of things to say. Something about cheesesteaks and It's Always Sunny. That's more Philly-specific but you catch my drift. I don't know how that "you have new messages" trick on your page almost gets me every time. — FinalTalk 16:34, April 11, 2020 (UTC)

Ohh, you're probably in a Sheetz area then? In that case you probably didn't get the "jawn" thing either then haha sorry. Wawa is such a massive part of eastern Pennsylvanian culture I forget the entire state doesn't have them sometimes. Heard Sheetz is just as good, though. — FinalTalk 15:31, April 14, 2020 (UTC)

Retrieved from "https://dragonball.fandom.com/wiki/User_talk:Sand_bear?oldid=1903804"
Community content is available under CC-BY-SA unless otherwise noted.