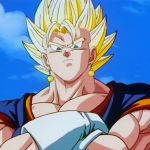 5,902 Edits since joining this wiki
May 31, 2011
0 Discussion posts
(Difference between revisions) | User:SSJ4 Vegito

I archived my own talk page, feel free to leave a message and if you are creating a new conversation I ask that you please create a new section when you message me. If you wish to view old messages please feel free to look through my Archives.

See the similar names? Yeah I thought so. They also love similar music and they edit a lot. They also have poor grammar on everything but articles. He also took a GIF of SS7S on his userpage. A lot like Quack. They also love girls. Very interesting. That's why I recommend a Global IP Check just in case of changed IP's.Teengohanrocks (talk) 18:16, October 7, 2013 (UTC)

Hey, are you still planning on being active? I noticed that you haven't been on in over a month and the users are starting to miss having an active admin dedicated to moderating blogs and choosing new chat mods. --

I have been pretty busy latetly, sorry about being AWOL I'll try to get on as much as I can.

Hi Vegito i was wondering if i could possible apply for chat mod status however not now but in the next couple of months.

To be a moderator, you must be very vigorous about the chat rules and consistently represent them through your actions. I've had a look at your ban log and you have never been banned, I do see you a lot on the chat, you don’t break the rules or show that you want to, I see that you do supply users with answers and opinions about Dragon Ball both the anime and manga and you have a really respectable character, I think you’d do great on the team, in my opinion. .. The .. CerebralAssassin

To throw in my two cents, I think you're a really cool guy, but there's a lot more to being a mod than the things Lane mentioned. Firstly, we'll need to have an immediate need of a chat moderator for your timezone. Secondly, we'll also need to have a mod who is very active on chat and is present a lot, as we really don't need another mod that is only on sometimes. We have plenty of moderators like that right now, as the problem we have right now is that a majority of the moderators aren't consistent with how often they are online. We're down to myself and Ibbe Posey in terms of consistently active moderators. There's also a personal aspect to it. You would need to be approved and recommended by more users than just Lane, who is already your friend, as the chat moderator job requires having the respect of other users to a certain degree. They would need to be content with listening to you.

In addition, I would like to point out that the job is not easy. Some of the moderators have had a fairly easy time with it compared to others. As a moderator that covers a timezone that sees a large amount of users at times, I'm going to be completely real when I say that I didn't even always find the job easy. There's a lot of scrutiny and a lot of restrictions that come with being a moderator. You have to be an excellent role model and set an example for the users. When you break a rule as a moderator, a much bigger deal is made about it. You will also need to be vigorous when enforcing the rules of chat. You need to be a leader for the people in chat and an example-setter. If you aren't respectful back to the chatters, they won't be respectful to you. The powers we have are tools, not toys. In the past there has been one chat moderator that behaved inappropriately and had his rights removed, by this very admin, in fact.

Being a moderator requires making good decisions (sometimes quickly and under pressure) and executing the rules consistently. Being a moderator is more than just about having a star to show off. It's much harder than being a regular user and you will almost constantly be criticized by other users at times. It takes psychological and emotional strength as well. Even when my uncle died or when I learned about the typhoon in the Philippines and was unsure about the safety of a friend of mine there, I continued to moderate and took no breaks except to sleep and attend school because I know the chat is not about me. It's about preserving order and making sure everyone follows the rules so a safe environment is kept. I don't mold my chat schedule to suit my life; I have already cut hours out of every day of my life so far that I dedicate to moderating on a daily basis, only missing chat so far on a few days where I was sick and a day in which I was hospitalized. It is something that really has to be that important to you. Ibbe and I are very busy guys in our personal lives too, don't get me wrong. The difference between us and many others though is that we still make time for moderating in and a part our schedules.

Kotsu, you really deserve to be an admin

SSj4 Vegito! I have some questions regarding the aforementioned people, or attacks.

It would be good to have a very powerful "Super Ultimate Gohan!"

Maybe...I'm not actually sure myself.

Did Vegeta actually used a Big Bang Attack on 18?

That one-handed yellow energy wave is not likely to be a Big Bang Attack. Vegeta never named that attack, and posing does not prove anything (variations are seen). The bluish-white blast Vegeta used to ruffle up 18's dress (which also destroying the mountain where 18 was) wasn't Big Bang Attack as well.

He most likely held back his power, however just enough to obliterate Android 19.

Super Vegeta used Final Flash on Perfect Cell, and Trunks said that Vegeta redirected the energy wave to outer space. But Vegeta was completely out of his senses. Do you think it was Cell who deflected the Final Flash to outer space, but lost his right arm in process (just like Kid Majin Buu did with Super Saiyan 3 Goku"s True Kamehameha)?

About one of the pages

Question why did someone change Lord Bills name on the Battle of the Gods section to Beerus? I'm not familiar with the japanese subtitles but i'm pretty sure the english sub version that came out last year stated Bills and IMDB(International Movie Data Base) also lists bills. I'm merely curious.

How to become a chat mod

Hello SSJ4 Vegito, I am going to ask you how do I become a chat moderator, and if I met the requirements.

I found some posers!

Thank you for bringing this to my attention, and have taken care of it for now, if it happens again let me know.

Yo I'm just leaving this message in recognition of things that have come and past. I've been on this wiki now for several years on and off, and the biggest thing that concerns me is what happened to everyone. The community that once was the Dragon Ball wiki has dwendled. When I first joined this wiki was a buz with activity. Blogs, chats everything was full of life. I come back to the wiki every now and again because I'm still a huge fan of the DBZ manga. I miss all the people dude, and I'm sure for someone that has been here longer than me can understand that. Whenever you read this message and I just want to say I posted my first blog in months 3 days ago and yet no one has replied. What happened? I use to write shit all the time for this wiki and responses, arguments they just came like that. hmu with a message or two if your wanna talk some episodes or something.. idk maybe I'm just desperate for the conversing this wiki use to have.

I suspect it will become more active soon, DBZ Kai just launched on Toonami last week. Activity on here tends to be grouped around series, movie, and game releases. --

Retrieved from "https://dragonball.fandom.com/wiki/User_talk:SSJ4_Vegito?oldid=1323260"
Community content is available under CC-BY-SA unless otherwise noted.