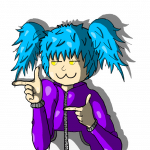 Hi, RebirthArtOFC, welcome to Dragon Ball Wiki! Thanks for your edit to the Soaring Fist page.

Where do you get the rōmaji and kanji for these techniques and transformations that don’t have anyone available? They honestly look like they come from google translate which is the wrong way of getting the kanji and rōmaji for these names because the name in an official Japanese source can have these names spelled entirely different so you don’t always want to translate an english name in japanese in google translate and assume that is the real name for the technique or transformation in Japanese because of this I an going to remove them well only for the Super Full Power Kanji and Romaji that you added but I will try to overlook the other ones. (Sosuagwu17 (talk) 16:03, October 10, 2019 (UTC))

Actually, i have knowledge of Japanese, i watch some Japanese Youtubers of Super Dragon Ball Heroes and even access the Super Dragon Ball Heroes oficcial website, where it have a list with all the characters in game and even all the Super Attacks, i never make an translation without searching first, so i know very well what i am doingRebirthArtOFC (talk) 18:50, October 14, 2019 (UTC)

Can you write better? so people can understand what you are writing in the articles. Please improve your writing quality. (Sosuagwu17 (talk) 23:52, October 11, 2019 (UTC))

Improve your writing style, use words correctly, and write with better grammar next time please. (Sosuagwu17 (talk) 16:09, October 14, 2019 (UTC))
Your criticism about Kanjis was compreensible, but that was totally unnecessary, i speak Portuguese, so i am still learning english, it isnt a thing which you can simply ask me to improve, it will take a LONG time, i hope you understand it, because if it were that easy, I would have been speaking English fluently since a long timeRebirthArtOFC (talk) 18:50, October 14, 2019 (UTC)

But still this is an encyclopedia so articles must be written in proper grammar, spelling and usage of words as stated in our Standards policy. That's why you should preview your edits before making changes in articles as stated in one of our standards, "Check your spelling and grammar. Don't use internet slang (ex. "How r u?" or "c u 2nite"). If you're not 100% sure about the way a word is spelled, type it into Webster. If you know that you're not the strongest speller, compose your edits in a word processor or web browser which has spell-checking (Firefox 2 and derivatives such as Opera when ASpell is installed will work)." So as much as I can understand that English is not your native language and on some level your usage and spelling of words aren't always going to be perfect, you still need to make an effort to try to do these things better so this wiki's articles can maintain an encyclopedic look. But any grammar or spelling error that you write and I see them, I will try to fix them unless I can understand what is written. (Sosuagwu17 (talk) 19:50, October 14, 2019 (UTC))

Please stop putting citations/references next to section headings as that is not where you put them. You put them next to the information you are citing for and references are you usually never places next to headings. (Sosuagwu17 (talk) 05:07, October 24, 2019 (UTC))

After the attack is fired, the energy that comes out of it is not a ball or sphere at all and it actually looks like a simple wave of energy. Some energy waves are ovalish to the point where they almost resemble energy sphere but are active not spheres since they didn’t come out as a ball of energy so I might understand why you thought it was a ball of energy though maybe there are ovalish shaped energy blast that are considered energy spheres which i am probably not aware of. You can seek the opinion of other admins and users and see what they say.(Sosuagwu17 (talk) 20:02, November 18, 2019 (UTC))

An energy wave is a beam of energy that extends from the user arm until the target, the Counter Burst is a bullet which you throw from you hand, you need to remember about the Final Spirit Cannon, when Bardock fired it, it had a Spherical shape, so is it an Energy Wave? The spherical shape is constantly used in Energy Spheres, specially in games for visual intends, The game called it a Ki Blast, and a Ki Blast is an energy sphere, and now i have a question, how many times you played Xenoverse 2? I constantly play it, and i can say with 100% of sure that it isnt and never will be an Wave.

In the article for Ki Blast, it doesn’t just refer to Ki Blast as an Energy Sphere. It can also be an Energy Wave, or other energy classifications due to all of most of them dealing with ki usage. But maybe your right that all energy waves extend from the users hand and i looked at some of the energy waves and that seems to be the case but you can also try to get the input from the other admins and see what they say. (Sosuagwu17 (talk) 22:46, November 18, 2019 (UTC))

Retrieved from "https://dragonball.fandom.com/wiki/User_talk:RebirthArtOFC?oldid=1884522"
Community content is available under CC-BY-SA unless otherwise noted.