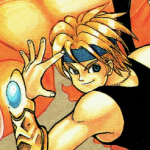 Hi, Pilker3, welcome to Dragon Ball Wiki! Thanks for your edit to the French dub page.

I can assure you that all episodes were with French dub. I don't know why they were not released in France. I only see two options.

1. Episodes have been translated into French but have never been broadcast in France.

2. Episodes have been translated but were not broadcast during the first broadcast only with repeated broadcasts.--Pilker3 (talk) 08:24, April 23, 2020 (UTC)

I was able to dig up on the internet that AB Group actually translated everything into French but did not broadcast this episodes. They released them in a VHS collection.--Pilker3 (talk) 09:48, April 23, 2020 (UTC)

France never broadcasted episodes beyond 274 because the censorship started to loosen until the Great Saiyaman Saga, it was kept uncensored but it was still unsuitable for a younger audiences. After a series of controversy, Club Dorothee decided to cancel Dragon Ball Z in November of 1996 with episode 274. However, they released episodes beyond episode 274 in a VHS collection. Also, these episodes were also still aired outside France like Poland. MZIB1 (talk) 00:27, April 24, 2020 (UTC)

Retrieved from "https://dragonball.fandom.com/wiki/User_talk:Pilker3?oldid=1905128"
Community content is available under CC-BY-SA unless otherwise noted.