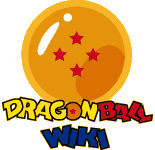 Hi, welcome to Dragon Ball Wiki! Thanks for your contributions.

Here's a wiki tip for you -- you can sign your name on talk/discussion pages by typing ~~~~ which automatically adds your signature and the date.

Check out Help:Contents for more tricks.

How's it going Nubescout, I just thought I'd leave you a quick message thanking you for your hard work in creating the articles about the levels in Tenkaichi 3, they are very well written and informational. Keep up the great work!

Hi! Great work with all the new articles! Could you just do me a favor and capitalize the titles of your articles with the "move" tool? That'd great, thanks! Keep up the good work and happy editing, Nubescout. --

Please put this information in the video games section of articles, thank you. --

We use the names from the English dub more often shown on television, not the unedited. The reason is that many more people have seen the show on television than own the dvd's, making the articles easier to find. --

Hey whats up,i noticed that most of your powerlevels are accurate. It is also nice to know that someone thinks nappa's power level is around 7,000.Nappa506contribs 18:54, March 30, 2010 (UTC)

Yeah i find that if Nappa's powerlevel was only 4,000 he would be beaten quickly by Goku. Also Nappa was the Commander of the saiyan army so he would've had a power level much higher than any of the other elites and was able to put up a very good fight against Goku who had a 8-9,000 powerlevel. (Nubescout 23:16, March 30, 2010 (UTC))

Hey, would you mind voicing any opinion you might have on the Forum:Final deaths of the Z-Fighters after Dragon Ball GT page? We would like to get the views of several people so we can come to some sort of consensus. Thanks very much. --==> DragonBall.Z GT Goku

Hey man whats up? Just so you know why I undid your edit, You put the word Possibly which implies speculation, as your are fully aware that we do not include speculation on this site I unfortunatly had to remove it. Sorry to be the "Bad Guy" so to speak haha. If you think I am wrong then change my edit back and bring it up on the talk page. Sorry about this. Let me know what you think?  SSJ4 Lewich  talk  contribs  12:49, April 5, 2010 (UTC)

Thanks for correcting the Budokai game for Commander Red's appearance. I was trying to locate it and you did it meanwhile. ^_^ -

No problem Zarbon. I remembered where I'd seen Commander Red in there. He also appears in one of the modes in Infinite World which I believe is called Fighter's road mode so I'll add that soon. (Nubescout 19:02, April 7, 2010 (UTC))

Which dub has Bulma Leigh in the credits? I keep watching the FUNimation dub and there is nothing like that. Are you refering to the Movie's credits perhaps? --==> DragonBall.Z GT Goku

It did indeed. But we went through the episode and realized that there aren't any credits at the end of the show. Only a page that says THE END. I'm not sure where the name came from. I thought you had a dub that actually had it in there. --==> DragonBall.Z GT Goku

Hey Nubescout how's it going? So I was just wondering, what happened yesterday with the King Kai page? How come you moved it? Thanks  SSJ4 Lewich  talk  contribs  15:29, April 28, 2010 (UTC)

I was trying to make a redirect and then move it back but then it got a little complicated. I managed to move it back but i dont think I'll try and do something like that again. Nubescout 16:31, April 28, 2010 (UTC)

I actually didn't know how to make a redirect any other way, after this incident I'm completely aware of the normal way to make redirections. Nubescout

Hey there, there is a knit-picky question being brought up in Forum:Battles Lists. If you have time, we, as in DragonBallZGTGoku and myself, would appreciate your input. Thanks very much.  SSJ4 Lewich  talk  contribs  18:08, May 3, 2010 (UTC)

Those artworks you uploaded...

They are the game's official artwork. The download link is [[1]]. Nubescout

Thanks, I found the link right before you replied on Daizex. The art looks so amazing. :D

The subject of creating a group dedicated to the citing of sources needs your attention! Thank you!

Hey bro i just wrote the first saga or the trio's story dragonball VT can you do me a favor and read it? you can get the link on my user page under section The Trio and please give me som feedback?

Hi! There's a discussion going on here that would greatly benefit from your input. --

I have brought it up to other users, but I believe that "Kami's Lookout" should be referred to as "The Lookout" and I would love your opinion on it. I have already created a Discussion Forum for it called "The Lookout". I would be grateful for feedback from you on it. Thanks!

GreetIngs Nubescout, I am "Gamma" from the DaizEX forums, the one who uploaded the DBO artwork over there. Seeing that you have uploaded most of those artworks to this site, may I ask that you credit me as the source for them? Ripping the artwork was the effort of "Citrinate" from Dbocom forums, so please credit him as well. Thanks. --116.71.47.169 04:58, September 17, 2010 (UTC)

Hi! Your input would be very much appreciated in this discussion. Thanks! --

So you think Fat Buu Evil is equal two Super buu?. That sounds resonible but what do you make of Fat Evil Buu vs Kid Buu?. Other questions why do you think Piccolo can take the Supreme Kai?. He was sweating buckets and even said the Kai could beat him. Soilder5679 20:16, May 23, 2011 (UTC)

Fat Buu (Full power) would easily defeat Kid Buu as Super Buu is far stronger than Kid Buu. I no longer think Piccolo is stronger than Kaioshin, in fact i believe him to be nowhere near Kaioshin's level, i just couldn't be bothered to edit my opinions on my user page. User:Nubescout/sig2

Would you like to help me with my wiki?ASSJ R GThe Ultra Thunder

It would depend what kind of wiki it was. I could only provide a small amount of help though. Nubescout

I's been a while