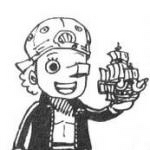 This talk page is archived by year. If you're looking for a conversation from a previous year, it can be found in its corresponding tab above. — N (t • c)

Thank god you're back, this wiki really needed your "constructive" critisism. I doubt you remember who I am, but you really helped me go from being an idiotic wiki noob to a decent person. Thanks for that.

Ah, I meant that you have extremely harsh criticism most times, but that's pretty good considering that it helped lots of people out. Glad you're back, but I just have to warn you that the quality of the wiki has drastically changed for the worst. There's still a couple decent users out there, but the others are horrid compared to the 2011-2012 users. Some make multiple extremely annoying and pointless blogs in a short period of time. In cases like this, people would go and say "F*** you" or something, but there's been some recent rules made against "harassing" users and cursing, which is why I censored that word. I hope it'll get better soon, but for now it's more of a hellhole than a wiki. I just stay here because there's a few people that I enjoy talking to.

Looking back, I may have slightly over-exaggerated on the "hellhole" part. This is a pretty decent wiki, but that part about the decrease in quality still stands.

Oh yeah, there has been some older users coming back. I think I saw Shakuran on a blog recently. I hope the wiki is restored to it's former glory. I just regret that I was too stupid twos years ago to realize what a nice wiki it was.

I know what you mean. It's kinda weird remembering that I was like them once.

Lucky. I still look back at my older blogs from '12 and facepalm until by forehead bleeds.

Yeah, I realize it was all me. Sometimes, I just go back and read my "GOODBYE" blog just to laugh. I didn't even know how to reply to a comment back then.

Imagine how I feel.

Why do you remove the Viz media numbering from when they restarting with DBZ? I don't see any reson to remove these info.

Hey November! Do you know, "Which Supreme Kai, other than Eastern, and Old Kai, is the oldest?" I know Eastern is the youngest I belive but...Yah. =)? (So it's between, Southern, Grand, Northern, and Western.) =)?

I think it's either...Northern, or Grand? Probably Northern caus of his appearence, but it could also be Grand as he is the leader and such, could be even older than him, but not look ike he is.? =)?

Please stop harassing other users. I've warned you before, and it's getting annoying now. I'td be a real shame if I had to ràpe you to get my point across. --

Retrieved from "https://dragonball.fandom.com/wiki/User_talk:November_Blue?oldid=1324445"
Community content is available under CC-BY-SA unless otherwise noted.