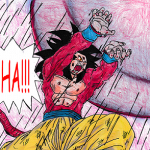 Don't worry man, you didn't come across as rude. Thinking back, creating an unofficial saga isn't right anyway, since the wiki should only list officially promoted stuff. Since Toei hasn't mentioned a new mini saga and the Trunks one won't start until June 12, it seems logical to put all the extra episodes with the Champa saga. -- • Final Chidori • Talk 19:12, May 18, 2016 (UTC)

Ok it is best to wait a week before re-adding that stuff also can you wait a while for me to reply on Xenoverse 2's talk page because my internet connection sucks ass right now.  Goku20  Talk  ULTRA DBZ  ULTRA POKEMON  11:22,7/27/2016

Hey, man. I wanted to ask why you're removing my changes to the Super Saiyan Rose and Dragon Ball Xenoverse 2 pages.

I thought that would be the problem. The pages I got that information from have since been removed. I'll just leave them as they are.

I'm sorry, because I was the first time editing, so forgive me if anything was wrong: D

Could you give source to the autumn updates for DB Fusions.--Made up Character Wiki Admin Jack Jackson Page I ignore Things I do 04:46, September 20, 2016 (UTC)

I'm just wondering where you got Vegeta/Broly fusion, and Goku-Blue/Vegeta-blue fusion images from, I wanna try and translate them. i search world fusion's and fusions, but can't find them.--Made up Character Wiki Admin Jack Jackson Page I ignore Things I do petition for db fusions outside of japan-euro-amerca 04:49, September 23, 2016 (UTC)

I took a look at the DB project fusion site, and i think the Broly/Vegeta fusions is actually a Broly/Vegetto fusion. Due to this line "When you pass each other and Vegetto and arbitrarily fusion can be a chance!", which is odd since you can't ex-fuse with Vegetto in the normal EX-Fusion menu. Which album is the DB Fusions AF filed under.--Made up Character Wiki Admin Jack Jackson Page I ignore Things I do petition for db fusions outside of japan-euro-amerca 05:06, September 23, 2016 (UTC)

Oh okay. I'm trying find more A Fusions as well, because on the project fusion site I found a Future Trunks/Android 16 A Fusion. I wanna see if you can A Fuse any one with any one unlike EX Fusions; so I don't raise my expectations to high before i can't this game in Australian.--Made up Character Wiki Admin Jack Jackson Page I ignore Things I do 05:13, September 23, 2016 (UTC)

Sorry keep bothering you, but are images on their own or are they mashed up like the other images.--Made up Character Wiki Admin Jack Jackson Page I ignore Things I do petition for db fusions outside of japan-euro-amerca 06:08, September 23, 2016 (UTC)

I think you might have mistaken me with somebody else? All I did was improve grammar, streamline the description and remove a link to a non-existing image from the infobox's title entry. Why did you undo that edit? Galvatron-dono -- Do you hear the voices too? 17:38, October 9, 2016 (UTC)

About the Nameless Namekian...

about "counterpart" being a more professional word than "half" I agree with you, what would you think about using the same word used for Good Buu and Evil Buu (fission) or "side" since while counterpart is professional, it's not really correct .-.

I reverted your edits because they messed up the formatting of some pages. You also don't need to separate the forms from video games (or you can, but you have to ask in the Talk pages first).

Maybe on characters who have a lot of forms or something, but videogame-only characters, or characters whose only different forms are from videogames, don't need them. And again I tell you that you're adding them wrong, the formatting keeps getting messed up by your edits.

Re DBZKai in wrong area

Hi Nikon, just checking in. Do you have a link to any of those rules you referenced over at Talk: Dragon Ball: Yo! Son Goku and His Friends Return!!…? I've looked but I just can't find anything like you mentioned. Thanks, hope to hear back! — Charchetype (talk) 02:20, June 18, 2019 (UTC)

Retrieved from "https://dragonball.fandom.com/wiki/User_talk:Nikon23?oldid=1841680"
Community content is available under CC-BY-SA unless otherwise noted.