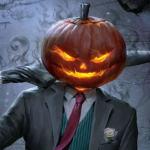 Yes, could you please stop changing Bardock: Xeno to Xeno Bardock? The latter name is fan-made. The former is canonical and is pronounced Bardock: Xeno. The official SDBH website has it as such as seen here: http://www.carddass.com/dbh/sdbh/cardlist/?search=true&category=418006# (You can use Google Translate, it comes out fine.) And they state his name in this SDBH trailer: https://www.youtube.com/watch?v=KmHX6NkoegQ at 0:16. Shugesh (talk) 06:12, January 4, 2018 (UTC)

Hey Neffy, recently as you may know, some user has been changing some stuff to _____:Xeno because simply that's what he/she wants and even though they have been officially named in Dokkan Battle as _____ (Xeno), this person still persisted in naming them _____;Xeno becaue that's what the user feels as "accurate". You can see it in the user's talk page. What do you think? We definitly should rename them but as what?

And about the Parrell World, I see you are creating characters that are in it, I wonder, are you intending to create one for every single character. If so, do you need help? I'm sure Dragon could probably start creating it and someone else such as myself should probably add who they are and plot, and also delete all of the characters' info about Super Android 13. Again, what do you think? SuperBen 1000000 (talk) 20:13, January 5, 2018 (UTC)

On the subject of the Xeno characters it's hard to tell what would be correct, on the one hand having it as "Xeno ___" works better in english, on the other hand Vegeks personally names himself as "Vegeks: Xeno" in the manga so perhaps "___: Xeno" is correct, but of course there's also the case of Dokkan calling a character "___ (Xeno)" and that's english. Since we do go by english names first - even when they are "less correct" - I'd say that the one we would want is the one from Dokkan "___ (Xeno)". On the topic of the parallel world, parallel world Goku only exists as a test page at the moment, dunno if it will actually amount to anything. I'll tell you and Dragon if so. If pages did end up being created for the parallel world characters, I'd say a lot of them would end up in the List of tertiary characters, e.g. Super Android 13!'s Roshi.--Neffyarious (talk) 20:30, January 5, 2018 (UTC)

Hey, Neffy. I understand what you're saying about Dokkan Battle but keep in mind that Dokkan Battle's cards never use colons, even in Japanese. dbz.space has a database of all cards in Japanese and NONE of them use colons. BUT at http://www.carddass.com/dbh/sdbh/cardlist/index.php?search=true&category=418008, the official site of Dragon Ball Heroes, the cards of the ____: Xeno characters use colons. As the characters are created for Dragon Ball Heroes and the official Dragon Ball Heroes manga uses the colons, we should keep it as ____: Xeno. Shugesh (talk) 02:56, January 7, 2018 (UTC)

That's not what I'm saying, Neffyarious. What I'm saying is that the ___ (Xeno) is their only label because Dragon Ball Heroes hasn't been localized. Dokkan Battle doesn't have any colons in their card names, Dragon Ball Heroes DOES. Dragon Ball Heroes has had Trunks: Xeno since before Dokkan Battle was ever released. And they have multiple characters under the ___: Xeno label such as Gohan: Xeno, Gohanks: Xeno, Vegeks: Xeno, etc. And with the Victory Mission manga also supporting the ____: Xeno label we should switch it to that. Shugesh (talk) 20:52, January 7, 2018 (UTC)

Yeah, but Dokkan Battle cards have different names from the Dragon Ball Heroes cards but Dragon Ball Heroes is the SOURCE of the characters. Therefore we should use the names from the source. Proof: https://jpn.dbz.space/cards/1008031 - http://www.carddass.com/dbh/sdbh/cardlist/?search=true&category=133206# In the source it's ____: Xeno. It's not a matter of translation because if DBH was localized it'd be Trunks: Xeno. It's no mistranslation. Therefore we should change it to ____: Xeno. Shugesh (talk) 00:45, January 8, 2018 (UTC)

Hey, Neffy, I came back with more proof that it's ____: Xeno. https://ssli.ebayimg.com/images/g/-gYAAOSwR2RaGU2Z/s-l1600.jpg That's the official Goku: Xeno figure made by Banpresto. And you can clearly see the name. Bandai named this, not Akatsuki (the developers for Dokkan Battle.) So, I'd like to change the names back. Shugesh (talk) 03:28, January 11, 2018 (UTC)

Seems like that's probably the "more correct" thing to do, don't change it yet though, this should be further discussed. I suppose the Manual of Style's talk page.--Neffyarious (talk) 20:39, January 11, 2018 (UTC)

I know but everyone on the talk page keep saying he should use his original name like Mr. Satan does. DragonEmeperor (talk) 22:58, January 7, 2018 (UTC)

I have noticed that Slug's, Android 15, Super Android 13, Evil Buu, Broly, Cooler, Meta Cooler, and Bio Broly's voices have been slightly altered in some of the remastered FUNimation DVD releases. Sort of like Super Buu's when it was remastered. Do you want me to add them to their respective pages like with Super Buu's?Rogeta234 (talk) 20:38, January 13, 2018 (UTC)

This user is changing airdates across the wiki. It's an alt of someone who's done this in the past.

I know him very well. He already had six accounts blocked infinity but keeps coming back doing the same routine. I reported to Bullza again since he and Chidori had to deal with him DragonEmeperor (talk) 01:27, January 14, 2018 (UTC)

This user is adding links to illegal streaming websites on the wiki.

Could you please help me by renaming Bardock (Xeno) to Bardock: Xeno and stuff like that? It says I need an administrator and the only person who disagreed with me on the matter conceded. Shugesh (talk) 05:05, January 14, 2018 (UTC)

Hey Neff, can you help me move Djghfdjgfjg back to Beyond Super Saiyan Blue. Everybody kept vandalizing and moving the page. DragonEmeperor (talk) 10:49, January 14, 2018 (UTC)

Check Beyond Super Saiyan Blue, everything is there already.

Again, so what? What's that gonna change?

You're the one who wants to delete one article to replace it with an identical copy over an irrelevant edit history, and I'm the one being nitpicky? Right. Little tip, if you're going to be arrogant and condescending, keep a dictionary handy.

You're not an admin, DragonEmeperor, no matter how much you act like it. You're not better than me or anyone. "The issues at hand" were not handled by you, they were handled by me. I was the one writing reports to VSTF and reverting vandalism. So either explain your reasons, like any person should do when having a conversation about something, or keep your smug, self-centered opinions to yourself.

That's because I wasn't on wikia so didn't I know this was going on. Just because you busted three vandals doesn't mean you start acting tough now. I'm up here everyday countering these trolls so don't start with me. DragonEmeperor (talk) 11:23, January 14, 2018 (UTC)

If the issues at hand are not relevant, then don't bring them up and pretend I'm the one at fault for pointing out that you're wrong.

I don't care whose right of wrong, I'm just reporting the issue. You're the one whose going overboard about this. DragonEmeperor (talk) 11:35, January 14, 2018 (UTC)

I asked you why you thought the edit history was important enough to warrant replacing an article with an identical copy of it. You flipped out, arrogantly dismissed my question, and are now trying to make it look like I was the one at fault.

Remember what I said before, about the dictionary?

Why, though? That's all I asked, before DragonEmeperor started acting all high and mighty.

It's just a thing, pages should keep their entire history, pages only lose their history if moved improperly (by creating a new article with the previous page's contents), which is something that's not meant to happen in the first place.--Neffyarious (talk) 11:42, January 14, 2018 (UTC)

"It's like this because that's the way it is" is not an answer. I get it, neither of you know why. Could've just said so right away instead of dodging the question and giving me non-answers to a very simple question.

And as I said, that's not an answer.

Let me just explain what's been going on.

I asked why it's a thing, you told me it's "the proper way of doing things", which goes back to the first non-answer you gave me. This is not an answer to the question. Once again, you're saying it's done this way because it is.

In the future, just say you don't know. It's more honest and saves me a buttload of time, since I don't have to explain why your non-answers are non-answers.

Retrieved from "https://dragonball.fandom.com/wiki/User_talk:Neffyarious?oldid=1664060"
Community content is available under CC-BY-SA unless otherwise noted.