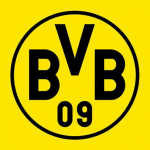 How do use edit articles?! —This unsigned comment was made by Gokussj1000000 (talk • contribs) Please sign your posts with ~~~~ next time!

Add ?action=edit to the end of the URL for any page you want to edit. The more advanced option however, is to click the edit button that can be found on the top of most pages.--Chapapapapa 22:46, July 3, 2012 (UTC)

There seems to be a problem on the Goku page all the content seems to have disappeared and there seems that no one cant get it back.

ive notified to different mods to come to chat because this guy http://dragonball.wikia.com/wiki/User_talk:Pr0Bull3tz i asked 2 different mods ove 20 minutes ago and nobody has helped!!!

oh no! now there are 2 of them spamming and they say they ate wiki staff. but the obviously are not.

the chat mods need to be more efficient

Keep up the good work.

It seems administrators are not proporly thanked unless they are on chat so...

This message might have been special if it wasn't for the fact that it was sent to the other four administrators.--Chapapapapa 03:28, August 26, 2012 (UTC)

I had a feeling we'd be discussing One Piece sometime Oh yeah? Which one? :O I'm actually not too impressed with the current arc, I'm glad it seems like it's coming to a close. The only thing that really interested me was the one fight we didn't see, Aokiji vs. Red Dog I'm excited for what's coming next, though. So many interesting things can go down. --

Well, discussing Dragon Ball is against the rules..
I'm listening to Spirited Swordsman Zoro. As for the arc, when you have to wait a week for a new chapter (sometimes more) it can become boring. Though, it looks like the story is coming together with this new alliance and the G5 showdown. Also, it looks like Lucci was one of the silhouettes that was shown in the last couple of chapters.--Chapapapapa 03:58, August 26, 2012 (UTC)

True, we wouldn't want to cause a panic and talk about Dragon Ball in a place like this.

Ah, that's a good one! :D Yeah, I had to start that back in Fishman Island arc, which was already pretty boring, so I had a rough time there...Yeah! You think so? That'd be awesome! Lucci isn't one of my favorite characters, but that man sure knows how to make a fight scene incredibly epic. --

There's this youtube video that states the cast of DBE will do 2 more films. Here's the link: http://www.youtube.com/watch?v=A3R_KTUE_K4

I receive an error code now for the Spopovich (Collectibles) article. Why is this happening...? Just want to make sure I'm not the only one with this problem. I tried re-creating the article, but once I redirect over to the title, I get the error code repeatedly for this specific article.

Here's how the error screen shows up: http://s10.postimage.org/lgpkm28nd/error_image_screenshot.png

Any help is greatly appreciated. -

The page loads fine for me in both Chrome and Firefox. An outdated browser is what I'm guessing the problem is though you should check with Community Central to make sure.--Chapapapapa 00:56, October 18, 2012 (UTC)

I see you deleted my Author Request blogs (or at least one of them); thanks. But I noticed a problem: one of the images on my Userpage stopped working. It was also on my blog 'Bored Quiz', an image called "Smart Guy". I was wondering if you deleted it along with the blog?

It was a duplicate picture and therefore it needed to be deleted. Now please stop uploading it.--Chapapapapa 03:23, December 6, 2012 (UTC)

I'm asking all admins the first 3

1. In the past before I took a leave of abscence for personal reasons I deleted content of troll pages and possibly some others so it became a habit of mine and didn't know it was against the rules to remove content from irrevelant pages. I should mention others did it as well but can't remember who.

2. I occasionally log in to my old account to get access to my old blogs. This time because a user forgot I changed accounts which and left a message which I removed causing me to be active on it today. Along with that I blanked my profile and moved it to my new one and as mentioned previously blanked my talk page. Would that be sockpuppeting? I'm just wondering because I only edited my profile and talk page(and in one case another user's to make them think I left so thy wouldn't edit it and also posed as a new user so the community wouldn't know so they wouldn't think my new account was a sockpuppet. Is all this ok?

4. This just concerns you and PrinceZarbon but why are you listed here but not here?

Please, if you can, look at the PrinceZarbon's talk page. I need to know if you agree with my propose for the openings and endings pages.

Apparently a new user on chat (with only 5 prior edits) instigated a forum about having me demoted, and emailed staff at a point when it was like 8 to 3 in favor of the motion (all 8 being people that chat and don't edit much if at all). Anyway, I know I shouldn't be worried, but if you get a chance I would appreciate you voicing your opinion either way. http://dragonball.wikia.com/wiki/Forum:Admin_powers_should_go Thanks! --

Hey can we add a new Category called "Master of Martial Arts". The reason for this is because there are so many "Masters" in Dragonball i thought we should have a Category for them. Example: Master Roshi, Grandpa Gohan, Korin, Kami, Mr. Popo, Master Mutiato, and King Kai. As these were all of Son Goku original Masters. And then there is Piccolo who trained Gohan and even Goku, and Gohan themselves. I made a "mock" category a while back and i was able to add 30 pages to the Category but it got reverted. Stevemagegod (talk) 16:33, June 20, 2014 (UTC)

Thank you for the reply. Sorry for my late reply. But I understand that there is a Martial Arts Category all ready in place but since Masters of Martial Arts are a pretty big trope in this anime compared to other Animes. In other animes there is usually just one Master who trains the main character. Ya you make a good point about Yamcha however i do believe he would be qualified since Master Roshi did say to all the Z Warriors before Goku fought Piccolo in the World Martial Arts Tournament that they have all surpassed his training and were ready to become Masters themselves. Also Tien i would considered one as he did restart the Crane Hermit School in Dragonball Online. Same with Krillen, Goten and Trunks.

Hey i created another mock category with Goku's original Masters as well as Goku himself since he became a Master after the first tournament he entered. As you can see i was able to add all of his Masters fairly easy. Now if you give me the Ok i can add the rest of them like Piccolo, the Kais, Gohan, Hercule etc., --Stevemagegod (talk) 00:12, June 29, 2014 (UTC)

Retrieved from "https://dragonball.fandom.com/wiki/User_talk:NamekianFusion?oldid=1280286"
Community content is available under CC-BY-SA unless otherwise noted.