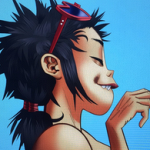 aka Geo, some call me Mizu

We use our own format we don't format like the wiki you have over 8,000 edits on and our formatting doesn't have any issues so use our format on here. Also on talk pages click leave a message and then after you have done typed your message out use four of these ~ to sign it. Plus all you had to do on Future Shu was add the Stub thing and then click publish. Also I don't know why you added the deletion tag to Universe 8 Angel since it redirects to the actual character now. Bottom line is every wiki has their own formatting so you use their formatting on their site not on others.  Goku20  Talk  ULTRA DBZ  ULTRA POKEMON  19:12,4/14/2017

Well, ok, but honestly that formatting looks very messy to me. And also all that stuff added to the images on pages isn't even necessary because the image can stay by its self and still be there. And I did that because since you have the character's actual name now, do you really need to have a redirect? It could be directly linked instead of being redirected. MizukageMoonstone (talk) 19:18, April 14, 2017 (UTC)

Yes we do because not everyone knows the character's name has changed and the redirect has an issue, so maybe it should be deleted. Also we do stuff our way so if you don't like how we do stuff here either take your issue to the MoS (Manual of Style) talk page which is found other the Guidelines or go back to your other wikis (just a suggestion). I don't think you will get anywhere with taking your issue to the MoS talk page though because it would be to much work if they gave in and agreed to change the formatting just because you think it is better formatting and have an issue with our current format.  Goku20  Talk  ULTRA DBZ  ULTRA POKEMON  19:23,4/14/2017

Actually, Steven Universe Wiki doesn't want me, so that isn't possible. Also, I guess I'll have to somehow pass along this suggestion then because honestly most Wikis don't even have the same upgrades that most Wikis have. There's plenty that don't even have MoS. You're sort of up to date but not quite. MizukageMoonstone (talk) 19:37, April 14, 2017 (UTC)

I wasn't just talking about Steven Universe Wiki. Also the only way anyone can see the formatting of a page is if they edit it so really as long as they are looking neither format is different.  Goku20  Talk  ULTRA DBZ  ULTRA POKEMON  19:49,4/14/2017

It still makes plenty of a difference, people just don't think about how important it is. MizukageMoonstone (talk) 02:54, March 6, 2018 (UTC)

Stop edit warring and don't try to blame me for it either, also we like to keep the articles consistent and that means everything. Use the article talk page to discuss edit conflicts and leave the article as it was before the disputed edit (your edit) till an overall consensus is reached failure to follow the rules will lead me to report you. I recommend you go read the rules which can be found in Guidelines.  Goku20  Talk  ULTRA DBZ  ULTRA POKEMON  02:48,4/15/2017

No, it isn't consistent at all because other articles don't have those and they're unnecessary. I think you just don't like change. Why won't you let me help? Your so called Guidelines obviously need changing. MizukageMoonstone (talk) 02:52, April 15, 2017 (UTC)

Once I undid your edit once your edit became the disputed edit so once you remade it you choose to fight and I undid it again and the you remade it again starting the edit war, so either follow site policy or I will report you (not a threat it is a promise).  Goku20  Talk  ULTRA DBZ  ULTRA POKEMON  02:54,4/15/2017

I see, so you're the kind of person that obeys orders and doesn't listen to reason. Come on, you know those brackets are unnecessary, I can tell you're smart enough to know better. MizukageMoonstone (talk) 02:56, April 15, 2017 (UTC)

Yeah well if you don't follow site policy (aka the orders) what happened to you on the Steven Universe Wiki will happen here just saying, so go read the rules before you continue to edit here if you want to avoid any and all problems.  Goku20  Talk  ULTRA DBZ  ULTRA POKEMON  03:02,4/15/2017

I have no idea how to, so you better give be links so I can figure out how much needs to change for the better around here. MizukageMoonstone (talk) 03:05, April 15, 2017 (UTC)

That one might be wrong too then. I've never seen any info box, especially on here, look like that ever. It's either wrong or someone needs to make a less complicated one. MizukageMoonstone (talk) 00:39, April 30, 2017 (UTC)

Hi there and welcome to Wikia. Two things: first, please give a reason within the template when tagging a page for deletion; second, redirects are useful for directing people from an old article title or alternate name to the current page, and they usually shouldn't be deleted. Thanks, and please let me know if you have any questions. --

I'm confused on why Caulifla has multiple names. And also, why do we need multiple redirects? We should simplify it, don't you think? MizukageMoonstone (talk) 18:30, May 5, 2017 (UTC)

Many pages have multiple redirects. For example, Zero, Kakarot, Son Goku, and Kakarotto all redirect to Goku. There's really no point in "simplifying" correct redirects; they either help people or don't affect them at all, since they're usually out of the way. As long as Vegeta isn't redirecting to Piccolo or anything, we're fine. — • Final Chidori • Talk 19:52, May 5, 2017 (UTC)

But now I'm confused at what certain characters' names are, especially Caulifla or whatever her name is now. MizukageMoonstone (talk) 19:55, May 5, 2017 (UTC)

Ok, cool! Finally going to get some more canon female Saiyans! It's about time honestly. Need more girl power on this show honestly because we only badass human females. MizukageMoonstone (talk) 20:18, May 5, 2017 (UTC)

Ok there seems to be a misunderstanding regarding how time travel works. First off, there isn't one timeline, there are multiples that each has it's own set of history that is followed. Because of this there are several future timelines with their own future trunks, androids etc.

Second. Future Zeno only erased ONE timeline (two, if you count the xenoverse 2 dlc adapation of the future trunks saga as a seperate timeline which you should as the second future warrior interfeared with the events in the game while they didn't in the super anime and manga).

And because of this.The Future Trunks and Mai that battled the Zamasus are now living in a different future timeline where the zero mortal plan was never carried out, so there are two sets of them.

Now regarding Future characters that appeared only in Video games such as another road like Future Janemba, Broly and Android 16. There is no evidence suggested that the timeline that the events, these characters participate in is the same ones as the ones Future Zeno erased. Because of that, they cannot be confirmed that they were erased and thus should not be put on the erased catagory. They can only be confirmed as erased if they appear in any media in the future that either shows them erased, or they're defeated and don't return to their original timelines and the timeline they were in was confirmed to be erased by Zeno.

So please, don't put these future characters with video game only appearences status as erased, cos it is not confirmed or supported and only specualtion at this point which is not allowed. 0551E80Y (talk) 02:39, March 6, 2018 (UTC)

It honestly doesn't seem like speculation to me, especially in Future Android 16's case. I honestly don't see it being that complicated. It's still happening based upon that timeline's history. MizukageMoonstone (talk) 02:52, March 6, 2018 (UTC)

A future android 16 was never mentioned at all in the original manga and anime adaption as well as the super versions at all. So the posibility of Future Gero never making an android 16 is also possible as much as it isn't, but the point is, these are all unconfirmed to have existed in the ones that Future Zeno erased. So they cannot be placed as erased until there is evidence suggested officially which there isn't. It's still specualtion.

Speculation opens up a massive amount of can of worms that can destabilize the wiki and wreck the articles quickly if they were allowed there. Many different unconfirmed specualtions and theories on all kinds of subjects from thousands of different users could be placed and undone on the articles rapidly, interfearring with and drowning out official info on the franchise while resulting in endless edit wars and would wreck the community.

This is why it's not allowed, please understand. If you want to have it acknowledge of the posibility of these characters being erased, do it on a blog or fourm as what you want to express. That's what they're for, not the articles. Only confirmed official info is allowed. 0551E80Y (talk) 03:06, March 6, 2018 (UTC)

I honestly think you're overreacting and overthinking it. MizukageMoonstone (talk) 03:17, March 6, 2018 (UTC)

Retrieved from "https://dragonball.fandom.com/wiki/User_talk:MizukageMoonstone?oldid=1687724"
Community content is available under CC-BY-SA unless otherwise noted.