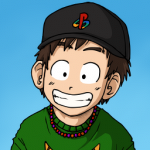 Hi, KBABZ, welcome to Dragon Ball Wiki! Thanks for your edit to the Oolong the Terrible page.

First off make a new section on a talk page unless what you have to say deals with a section that is already there. Second of because the page was fine the way it was before your edit.  Goku20  Talk  ULTRA DBZ  ULTRA POKEMON  10:57,9/27/2014

Ah I see, I needed to add a heading to it. I added the factoid about Mercenary Tao striking the Four-Star ball with his Dodon Ray because I felt it was worthy of mention in the discussion of how durable the Dragon Balls are; as far as I know that's the only time they've been attacked directly. The other change I made was rearranging the paragraphs, because I personally felt it was better to explain the basic mechanics of the Dragon Balls in the first paragraph, rather than going off on a tangent over the Balls' endurance. KBABZ (talk) 11:06, September 27, 2014 (UTC)

Okay, do you mind if I add that back in? In a later episode Korin throws it from the top of his tower and it's perfectly fine, but I don't think I'll mention that as that would make it a bit long winded, right? KBABZ (talk) 11:50, September 27, 2014 (UTC)

Okay I've added it in. I changed the wording a bit this time to imply that there are other instances where the Dragon Balls have survived things that would normally break them (like Vegeta chucking them for miles across Namek) but have chosen not to mention them. After all, I think Tao's Dodon Ray is the heaviest damage any Dragon Ball has ever sustained. KBABZ (talk) 12:49, September 27, 2014 (UTC)

Retrieved from "https://dragonball.fandom.com/wiki/User_talk:KBABZ?oldid=1312526"
Community content is available under CC-BY-SA unless otherwise noted.