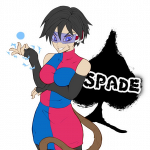 aka I'm not a smart person please be patient

Hi, Captain Jim Logan, welcome to Dragon Ball Wiki! Thanks for your edit to the Gohan page.

Logan, you told me that that picture of Maron was from an Irish dub. Either you or V.1 should prove it by finding or posting a Youtube video link from this Irish dub that actually does utilize that pic, or its not true, since apparently 10xKamehameha stated that it was actually fake due to dubs not making a scene more obscene than the original. I'm not willing to believe it unless you or V.1 supply proof, more than an image, anyways. If it aired on TV, then upload it to youtube and then try to post a link to prove it. Can you also tell me exactly who told you that it was from the Irish dub? Weedle McHairybug 18:21, February 17, 2011 (UTC)

what did you think of smackdown tonight

hey dude its been a while whats up and also your pic is awesome jeffs my fav wrestler!

i would go back to vegeta you know so you can strat a new one when that one gets old.

I mean start a new one when you get bored with that one.

i'm on chat right now if you wanted to chat

The Leader of the Super Z-Fighters

Why aren't you clicking on the link and becoming an Admin

If they play the blame game both get banned

You do know he's right you know. About the MGS Fanboys. If read my former blog on Metal Gear being overrated. That one user said we're sick and tried of people calling all games inferior to Metal Gear. MGS Fanboys will defend Metal Gear Godhood ship to their dying breath. Saying no game is better or superior than MGS franchise. To me that's not true. What do you think?

I'm not attacking anyone. I'm one of the few people who don't believe in MGS being better than every game on the planet. Despite other games just as popular s MGS. One I'm not a Fanboy. Remember my Fanboy scale thing I did. F.L.F.S. You probably don't know what that is do you? the Five Levels of Fanboy Scale. I know but that's what I call it.

But I think other games should be treated with the same respect as MGS. And not building shrine statues of Hideo Kojima in their backyards. That's just borderline creepy. Like Bronies.

well it does have its own manga and akira has worked extensivly on the movies he wrote the plot of both and that was incorperated into super but there is a massive talk about this here :http://dragonball.wikia.com/wiki/Talk:Dragon_Ball_GT#Reasoning_as_to_how_both_GT_and_Super_can_both_be_considered_canon_at_the_same_time you should check it out personally because of what kibito kai has done in super i don't think Super and GT are compatiable with each other for one to be canon. 0551E80Y (talk) 11:47, September 24, 2015 (UTC)

Nothing really happened. There was one person with a nude avi but vivid and i were the first to leave. Lilred left too Meshack (talk) 16:01, January 25, 2016 (UTC)

Retrieved from "https://dragonball.fandom.com/wiki/User_talk:Jim_Logan?oldid=1428840"
Community content is available under CC-BY-SA unless otherwise noted.