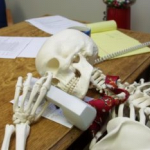 Can you look over an edit?

Hi Jeangabin666, seems to me i'm little concerned about the past tense woes. We may have to talk about this on right here. However, the movie release in North America is still ongoing and you may want to read Wikipedia:Manual of Style/Writing about fiction

That's not an American movie, and no new material will be added to it. It'll just be dubbed, and in fact, it was already dubbed, it was just not screened yet in North America.

The Kamehameha used isn't confirmed to be a Super Kamehameha.

It's identical to every Kamehameha attacks.

That's because of his size. In-game it's dead identical to his move "Super Kamehameha", it even uses the same effect all Super Kamehamehas have where the energy has a circular glow around it when it charges. — A (t • c) 19:49, July 3, 2014 (UTC)

Even if it looks like, it's better not to speculate anything.

Location of Android 19 vs. Goku fight

Heyo Jean, haven't spoken to you for awhile. I hope you're doing well! I have a question, do you know the name of the location (wilderness/desert) where Android 19 and Goku had their battle? I know many of the deserts in the DB Universe actually have names, and I was keen on finding out that location's name for editing and personal purposes. Thanks! Hope to speak more often!

Earth#Key locations, C2-2: it's some place on the Southern Continent without further name.

I already have the book at home.

I've been removing the Dragon Ball Z chapter numbers because it feels rather redundant to add them. In the manga, it's all Dragon Ball. Other than the first chapter of the Saiyan Saga, I don't think its necessary to add the Viz chapter numbering, which isn't even represented in the chapter number section of the infobox. — N (t • c) 22:09, July 9, 2014 (UTC)

Actually, that page for "last Hero Standing" was from the Fusion Saga, not the Majin Buu Saga.—This unsigned comment was made by Squid Lords (talk • contribs) Please sign your posts with ~~~~ next time!

Only the main arcs are mentioned on the manga volume pages (Saiyans, Androids, Majin Buu).

You do realize that the part about vegito saying "Kakarot" in the japanese version doesnt make his predominant base vegeta right? That last line is pure speculation and should be changed as it is untrue and based on little to no evidence. Its the same as if vegeta had an alternate name which goku used and Vegio called him by that, it wouldn't mea anything towards his predominant personality and there are countless actions and prsonalities displayed by him which vegeta would never do, so either we remove that bit completely or change it.

Goten says that he and Trunks were able to fuse as Super Saiyan 3s, not fuse into Super Saiyan 3, and they are talking about pre-fusion, not post-fusion. Neffyarious (talk) 15:43, July 10, 2014 (UTC)

You're misunderstanding what they're saying.

The Ultimate form has always been similar to his base form.

Base Gohan (GT)
Add a photo to this gallery

He's the same as always.

17:10, July 10, 2014 (UTC)
No he is'nt, there is a difference, the hair lock - which is not present in base GT Gohan, and his clothes even lose the symbol.Neffyarious (talk) 17:12, July 10, 2014 (UTC)
The hairstyle isn't reliable to distinguish forms, especially such minor changes... which is why the articles on this wiki don't include any "bang" description.

Are you sure you prefer "Appearances in games" over "Appearances in video games"? The latter seems more complete and I don't want to restart the bot and fill the page a bunch more unnessacary edits. — A (t • c) 13:48, July 14, 2014 (UTC)

This title was only for pages which actually have appearances in games which aren't video games, not for every pages. But I don't care if they stay like this, now that you've changed all of them...

Also, you sure you're alright there? You're giving off a annoyed vibe right now, but I can understand. Before I go, would you think "Beam attacks" and "Energy Sphere attacks" would be better off renamed to "Energy Wave/Ball attacks", or make it simply "Energy Waves / Balls". — A (t • c) 15:51, July 14, 2014 (UTC)

I don't know, ask User:10X_Kamehameha if you want.

In fact it bother me to have "Appearances in games" as a title when there's only appearances in video games in the section. The point is not to have the same titles for the article, it's to have titles which are adapted to each article and sections.

It might be a better to leave as is, as you said video games isn't entirely accurate but having them uniform means no one will wonder why certain article's sections are titled differently if they're including the same thing. — A (t • c) 23:06, July 14, 2014 (UTC)

This is your last warning. If you alter the gallery pixel ratio from 120 on all the corresponding articles one more time, you will be blocked. Please refrain from doing so. -

Which is very severe for such minor changes. I won't change it again, but really your reaction isn't adapted. I see users who constantly vandalize the wiki and mess up pages, and they're never blocked.

I'm really shocked by this message because even if I changed gallery PX, it was before the community had decided anything regarding this. I don't think it is fair threaten me that way.

Take User:GodOfDestructionBills for example. He regularly vandalizes pages, and vandalized the Raditz article yesterday. Is he blocked?! No. He didn't even received any warning messages.

Bad news guys, some of our fellow users have become corrupted and are now messing up with the Wiki pages, the GodOfDestructionBills user is one of the corrupted ones... Steve9021

GodofDestructionBills was blocked as of recent. And such eventually happens to anyone who vandalizes or behaves in a childish manner. -

I am warning for the last time; I've temp-blocked you for reverting the gallery sections in some articles; I told you to leave the gallery sections as is for the formatting. Even if they have around 20 images, you don't need to remove the gallery sections as they are all formatted the same way with the proper px ratio. Such removal of the sections was evident on the Vinegar, Cymbal, Sky Dragon, etc. articles. Do not tamper or alter any of the formatting on the articles without first advising an admin. Your block will expire in one day. If you decide to continue such behavior, you will receive a more lengthy block. -

Jean asked me to review his edits; I found that he made no gallery edits after your last warning to him. I fully support your warning and a block if he ignores you as an admin, but this time he is okay. I'll unblock him since he has cooperated with you. --

You are incorrect. While my comrade PZ did revert those changes after the warning, Jean made the changes before the warning. --

My warning was a final one; the temp-block was necessary for his previous reverting. The block will be lengthened the next time Jean continues to revert any actions we as admins are to take. If we have a formatting centralized in congruence with all the articles, there is no need to remove such sections and parameters of these designated articles. We want to do our best to maintain a systematic unison basis of formatting of all the articles. We can't allow some to have gallery sections and others not to based on the merit that one has less images than another. This is why gallery sections are formatted as such in order to avoid clutter or any other problems that may stem from such future altering or changes. We need to maintain the gallery sections appended as such and the pixel ratio attached to them as well. Let this be the last time Jean reverts an administrator's actions without first bringing it up. -

I'm sorry about all this because I'm legally a third at fault. You are editing 100x less than usual... And I think I know why. Either when you got banned and wikia glitched again you're still banned somehow, or you're having "that feeling". I know that feeling. I've had a horrible case of that feeling once, and even though you've been around long enough to have seen  something x10 worse, please come back. Things are sort of dull without you, editing has lost half of its pressure, you're a version of that nagging parent no one likes to get the stern talks, but life without them is less than... "fun". You're a pretty neat guy, I'd hate to have this lousy scuffle make you throw in the towel. — A (t • c) 20:35, July 21, 2014 (UTC)

I feel the same way Jean, you've made what seem like billions of great edits. I hope you come back : ) --

What kind of rituals have to be performed to summon Jeangabin666? I'm ready and willing to do them. (Seriously, come back dude).

Good to see you on here again. I may have missed some important stuff, but as far as I noticed the only thing that really happened that is the Heart Purity discussion was revived. — A (t • c) 00:28, October 12, 2014 (UTC)

Sometimes you just come here and edit a few things and leaves for two weeks. Plz don't do that and actually stay here forever like you used to. Thanks plz.

I have a ton of new HD screenshots that I'ved obtained in high resolution. I will be grabbing them from the source material's stills.  Do I have permission to change a lot of the old pictures? I'm thinking of running through the entire wikia, and I don't want to rise any suspicious alarm of vandalism. I'm asking in advance so I don't bother other users.

Also, I would like to bring to your attention if you did not replace them as you've done to other images, that I've uploaded that supercede the antiquated and dilapadated quality of images you uploaded. Because in the past you've reversed or returned the pictures. Also, noting that the pictures that I uploaded (from another account)-were superior to the ones at the time. But were reversed for no reason.  New World God (talk) 06:22, January 25, 2015 (UTC)

Hello friend! From which movie / episode is that scene where the saiyans arrive in a spaceship in Planet Plant? Please send the answer to diego.forlin@live.com —This unsigned comment was made by Atlas15 (talk • contribs) Please sign your posts with ~~~~ next time!

Hi, I don't know how to use the wiki. From where is the image of the spaceship and saiyans gathered around it? —This unsigned comment was made by Atlas15 (talk • contribs) Please sign your posts with ~~~~ next time!

update victory mission :) —This unsigned comment was made by James4151 (talk • contribs) Please sign your posts with ~~~~ next time!

Hello! Sorry to bother you, but, do you possibly still have the scans of the female Saiyan elite from Dragon Ball Heroes? I've been looking for the whole page everywhere, with no results. I managed to find her default form artwork in the official website, but not the super Saiyan one... anything would help, if it's not too much trouble. Thanks for adding images to her page in the first place! --HerrDoktorat (talk) 20:34, May 17, 2016 (UTC)

Been a Long While...

Can you add cell as a used of super sayian 2 on the super sayian 2 wiki page sibce cells super perfect form is his super sayian can you add and list him as user get back to me when you can thank you have a nice day God bless —This unsigned comment was made by Misaki Ayuzawa 23 (talk • contribs) Please sign your posts with ~~~~ next time!

Is anyone going to create a wiki page for Turles (Xeno). And Xeno Slug —This unsigned comment was made by Misaki Ayuzawa 23 (talk • contribs) Please sign your posts with ~~~~ next time!

Retrieved from "https://dragonball.fandom.com/wiki/User_talk:Jeangabin666?oldid=1859620"
Community content is available under CC-BY-SA unless otherwise noted.