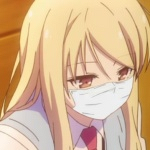 Your edit summary to your edit on the ginyu force page

Hello User:Goku20. I do not believe I said anywhere it was against the rules to undo an admins edit, but I did say kindly not to undo theirs. The "edit war" of which you speak did not involve me, and I simply was reverting in favor of 10X Kamehameha. Thank you though for the information. Ripto (talk) 14:13, June 11, 2015 (UTC)

Still you got a guy edit warring so you should have said to use the article talk page but that user probably wouldn't do it anyways.  Goku20  Talk  ULTRA DBZ  ULTRA POKEMON  14:17,6/11/2015

That was my only edit to that page, I did not start the war. You wanted me to say "go to the talk page"? That's fine, but I felt like you were saying I did something wrong lol. Ripto (talk)

Good to hear that! You'd be surprised how many users neglect to check page history before making assumptions. So that's good you check them! And alright, I got confused there for a moment, because I didn't think I was doing anything wrong. I'll redirect users to the talk page in similar circumstances like that. Also, I love SSJ3 Kid Goku! XD Ripto (talk) 14:41, June 11, 2015 (UTC)

Thanks for your recent contributions to the site, especially helping answer questions for new users. Keep up the good work! --

My bad, wasn't paying attention when I was editing that. But was it really necessary to go into full detail about what you changed? Does it make you feel better correcting someone else's mistakes? I honestly had no idea I even left it like that. I can assure you that I have better English than you. Super Sand Lesbian 2 (talk) 01:23, June 14, 2015 (UTC)Super Sand Lesbian 2

Are you directing that towards me or 10X Kamehameha? Because I don't remember changing any edits of yours on here or going in full detail. If you're talking to 10X Kamehameha, his wall is right here. Ripto (talk) 01:26, June 14, 2015 (UTC)

do you agree Ripto?

did Lucifer go to hell?

i think Lucifer did go to hell but my only doubt is i heard somewhere that Lucifer could have be a Demon king of the Demon realm and Dabura was sent heaven because of that but do you think Ripto? Lucifer looks like a vampire though (Spice boys (talk) 14:36, June 20, 2015 (UTC)

Yeah I can see the confusion there! I suppose that's up for debate! In my opinion, Lucifer probably did go to Hell. He probably didn't have a reputation like Dabura, so maybe he wouldn't of been sent to Heaven as punishment. It could honestly go either way! Do you think he may of went to Heaven? Ripto (talk) 18:38, June 20, 2015 (UTC)

Hmm. Maybe. She wasn't really that much of a "warrior" and I don't think she really killed anyone like Bardock did. Also, she was a lot more compassionate than the other Saiyans which made her different... so it makes sense she would of gone to Heaven. Ripto (talk) 01:02, July 13, 2015 (UTC)

Why for Kakarot? + Misunderstanding theories

In my talk page for the episode "Final Atonement", you didn't understand what I was trying to say for my first and last theories. For #1, I wasn't trying to say Vegeta did it due to Goku once also having sacrified himself (against Cell); that was just an descripted addition to how Goku died and thus Goku wasn't "exactly" the Z-fighters' leader anymore. For #4, I know that Vegeta actually does love Bulma and Trunks, as he shows it in this episode, especially his quote.

I tried to make the theories more understandable and added in more about them after your paragraph of your choice. If you read my paragraphs of the theories that you didn't choose, and also simply the theories again, would you have a different choice or maybe a combination of at least 2 theories? So which theories you would choose, even if it's still only #3, after rereading my first and last theories?Mistystar31 (talk) 05:22, July 20, 2015 (UTC)

Ahh I gotcha. I went ahead and re-read everything and understood what you were saying now. I left a new reply over there if you haven't seen yet too. After understanding better, I feel the best with #3 and #4 with your theories :) Ripto (talk) 09:10, July 20, 2015 (UTC)

do you agree with my theory?

i know we already talk about Lucifer the Demon vampire but i what to see if you agree with my opinion, ok well even though wiki says he's a Demon king i still think he went to hell because he's a different type of Demon than Dabura is and doesn't seems to come from the Demon realm do you agree with my theory Ripto? (Spice boys (talk) 23:16, November 11, 2015 (UTC)

Yeah, I hardly doubt Lucifer and Dabura are in the same league demon wise. I like to think Toriyama kind of changes rules and stuff as the series progress. Like how King Piccolo was suppose to be "the demon king" and all that but later is revealed to be Namekian. So your opinion is Lucifer isn't from the demon realm like Dabura? Ripto (Talk) 17:36, November 12, 2015 (UTC)

Yes, that would be fine. The reason I removed it was because it sounded a bit clunky, like Goku weakening Frieza so Vegeta can weaken Frieza some more in order for Goku to be able to finish him off. Yeah, a "battle-worn" or "tired/drained" Golden Frieza sounds nice and more accurate.. -- • Final Chidori • Talk • Contribs 17:11, February 27, 2016 (UTC)

Quick question Ripto, do VSTF members have the ability to check IPs? It would be insanely useful since our wiki's check user has been inactive for around a year now. -- • Final Chidori • Talk 21:40, November 16, 2016 (UTC)

Nothing in particular, you implied you could do it on 10X's talk page and I thought I'd ask and make sure haha. Thanks for the link, I'm sure it'll come in handy later. It slipped my mind that we could request VSTF to IP check suspicious accounts. -- • Final Chidori • Talk 20:18, November 17, 2016 (UTC)

It was quite helpful! --

Please delete the abuse filter you recently added to the site, as it is erroneously blocking good editors. In the future, please consult with site admins about local policies and preferences for what should or should not be automated before making major changes. Thank you. --

Whoops! That shouldn't of happened. I apologize about that. The filter was meant to prevent spam with movie/watch now conditions. It is now disabled. I can contact someone with proficient AbuseFilter knowledge to correct it to prevent false positives if you'd like in order to combat the spam attacks. If not, completely understood. Indeed, that shouldn't of happened and I apologize for it. --Riptoze 05:43, November 29, 2017 (UTC)

I remember someone else setting up a similar filter here previously with the same outcome. Maybe the function just isn’t ready yet. --

I think it just needs to be adjusted to edit prevention only (with more specific conditions) instead of auto-blocking. If you wish not to go the filter route (which is understandable) we'll have to look harder for IP ranges to block to combat the spam going on here. Do you also happen to check your email anymore? --Riptoze 21:19, December 2, 2017 (UTC)

Retrieved from "https://dragonball.fandom.com/wiki/User_talk:Icier?oldid=1726859"
Community content is available under CC-BY-SA unless otherwise noted.