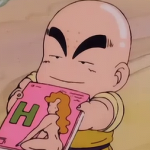 Hi, The legendary super saiyan 4, welcome to Dragon Ball Wiki! Thanks for your edit to the Forum:Dragon ball/z/gt power levels page.

Please refrain from harassing other members, especially admins... it doesn't end too well for people who attempt to be comical where there's no laugh factor. In regards to someone's decision to decorate their member page as is, it is not befitting to tease or ask why someone's hair is green. Familiarize yourself with cosplay if you're interested more about this but do not mock someone by calling them a "nerd." All this does is get you banned. Try to diverge more into the wiki instead of participating in behavior of this caliber. -

Gif aren't allowed on article pages. You are free to use them on your user page however.

I blocked him. Thanks for letting me know.

Sup bro. Got you response on your buggy account yet?

SSJ4 Vegito told you to send an email to the staff about your buggy account, who is banned from chat but nobody actually banned you. So, got you reply already?

Don't u tell me to shut up before I tell on u.—This unsigned comment was made by Husein dibba1234 (talk • contribs) Please sign your posts with ~~~~ next time!

It can be a solution.

I do not usually undo chat bans set by others as I do not know the circumstances of the ban. However, funnily enough, I can see on your profile that you are banned from chat, but when I go to contributions, I cannot see the current ban's length and log like I should be able to, and I therefore cannot actually unban you. You might have better luck asking a site administrator.  Dark Seeker Kotsu   20:48, August 29, 2013 (UTC)

Why you did all that for nuthing?

Then you won't mind if Jean suddenly revert all that

Strongest being in the universe

The official trailer for Broly - Second Coming already listed Broly as being the strongest being in the universe (specifically, "The strongest being in the universe... is back for... REVENGE"), so we have to note that on Broly's article. Yes, Bills is officially confirmed to be stronger than Broly (and in fact is one of only two to actually be confirmed stronger, other being Hatchiyack, and the only one confirmed to be stronger than all incarnations of Broly so far), but we still have to note that. I also attempted to carefully word it so that its clear that an official source at that time listed Broly as stronger. I don't know what beef you have against Broly being the strongest, but just cut it out, especially when we have an official source stating such. Even IF I didn't like the idea of Broly being the strongest in the universe, guess what? I'd still list it because that's officially stated. Weedle McHairybug (talk) 12:33, November 24, 2013 (UTC)

give me a link to the trailer. and this needs to be on the article's talk page not mine

wow, i think i forgot about that, maybe i will do it next saturday,but there is problem i can't do the interview with the winner cause i can't go to the chat

Yo, dude, just do it on that person's talk page. Sorry about late reply lol

wut is this _notoc_ thing ur adding to the pages?

i don't know, MofoGoku is doing that so i wanted to help him

No matter how much you agree or disagree with Spyrocks' opinion, you cannot harass him like that. This is your first warning to not harass people. :/  Dark Seeker Kotsu   03:19, December 16, 2013 (UTC)

In case of Edit War, you have to leave the page as it was before the edit war.

You leave it that way and then have a discussion about it on the talk page. The consensus of the talk page discussion decides how the page ends up. If anyone refuses to discuss the issue, come find an admin and we will moderate the topic until it is resolved. --

Please do not insult other users. If you disagree with the logic that another user presents, either refute it with facts or ignore them. Calling them a "tard" is not acceptable behavior here. --

With reference to the Goten article, I meant months since the Cell Saga ened sometime towards the end of May Age 767. If you add 9 months then that would make Goten's time of birth roughly around Februray Age 768. This would make him 6 and not 7 years old in the Buu saga Arc. So it is possible he could have been conceived some time before the cell saga and born towards the end of 767.—This unsigned comment was made by Shaggy-90 (talk • contribs) Please sign your posts with ~~~~ next time!

Template are at the bottom of articles without being under any "Site Navigation" section. Check wikipedia: https://en.wikipedia.org/wiki/Hip_hop

We're spawned from Wikipedia, and base format from there.

Links will help create each articles, they's help find on which series each staff member was involved more easily. Don't remove them. Red links are also on templates for the same reasons. Template too short, or which are the only ones on the articles don't need to be hide.

Just a quick question. Was there any reason that you removed my edits to Vegito's page regarding his new Super Saiyan 3 form? SuperRaditz (talk) 16:21, February 20, 2014 (UTC)

Since when? Your opinion isn't a source. Nothing as such was ever stated in any official media. Fan opinions can't be parts of wikia articles.

Hey, I have an issue with you editing Nappa's page. If you think about what the trivia told...it's pretty much true I mean TeamFourStar did make a reference to Nappa coming back to life. I mean technically he would've been wished back and if that was the case then Akira Toriyama must've forgot about the character. It's just when he forgot to draw tails for Goten and Trunks in the manga and simply forgot about Pan and Uub.

These were some good trivial facts and you abuse the role of a Rollback because their duty is suppose to edit the bad stuff out, plus you didn't even give a reason as to why you made those edits. So change the back to once it was!Ibarber (talk) 22:01, March 10, 2014 (UTC)

Please try to keep all infobox images the same pixel width. This is currently 280px, not 300. Thank you. --

Listen, fyi Julius Dobos and Mike Smith worked on the Boo Saga tracks not Bruce Faulconer you fool -_-—This unsigned comment was made by Derby Harrington (talk • contribs) Please sign your posts with ~~~~ next time!

Also can you rename images?

Can your rollback privilleges on here let you rename images? I haven't seen much of that going on here. — A (t • c)

I moved your GokuBolyVegeta/USERNAME page from the mainspace to the correct user namespace; it's currently here. Just Saiyan'.

Why thanks. Drew this latest one myself, quick sketch.

hey im new to this um what was wrong with my z fighter's edit?

who is he—This unsigned comment was made by Auibnbrnbia (talk • contribs) Please sign your posts with ~~~~ next time!

no thats you—This unsigned comment was made by Auibnbrnbia (talk • contribs) Please sign your posts with ~~~~ next time!

i am banned already because i use socks? i wonder what means because im not using any socks at the moment

Why am i blocked?

Retrieved from "https://dragonball.fandom.com/wiki/User_talk:GokuBolyVegeta?oldid=1294842"
Community content is available under CC-BY-SA unless otherwise noted.