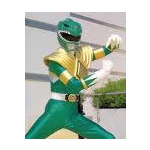 ...do my edits always happen to be the one thats disputed but not the other persons?

Plan to Eradicate the Saiyans is an OVA, obviously. The Real 4D was an attraction. Neither are movies. On this wiki, on the page that lists the movies neither are listed along with the other movies because they aren't movies.

i think when i added my comment on the clean up section in main page a edit conflict occured between our comments Nikon23 21:28, October 11, 2016 (UTC)

Oh Goku20, sorry friends it is that I am very confused that ran in my head, it is what happens when I was watching the episode of Dragon Ball Super because Goku Black not called Evil Goku not Dark Goku he was not possessed by the darkness name given by fans, was only Goku's body who was wearing Zamasu. BabyKratosxZeus (talk) 23:11, October 31, 2016 (UTC)

I didn't mess up the page, someone else did. I posted on the talk page, so someone else can fix it. For proof you check the page history or check my contributions. Perhaps, in the future you wont make assumptions. If I had messed up the page, I would have reverted and asked someone else to make the contribution for me. Zane T 69 (talk) 02:51, November 1, 2016 (UTC)

The original Zamasu is the one who started the Future Trunks Saga in Dragon Ball Super. Doesn't that make him a main antagonist? Bopdog111 (talk)Bopdog111

Hey you, faker, you are not the admin, and your precious Future Goten page has been deleted for false information. Siding with that troll who made a false page is your big mistake, now go away, unless you want to be reported for helping the troll and impersonating an admin, faker. DevilX90 (talk) 04:19, November 26, 2016 (UTC)

He didn't help the troll, you weren't supposed to blank an article marked for deletion and that's a basic rule on this site (otherwise is breaking a rule). He didn't impersonate an admin, he only made you an friendly advise on your user talk page and even if he's not an admin, he is part of the administration of this site as he has rollback powers. You can basically tell i'm not admin neither, but please stop breaking the name calling rules as he told you before. ~ Yon ~

All im trying to do is add some more images for certain characters like Demigra since Gohan and Vegata have a ton on there's, but your pissing me off by deleting my images and trying to admin me with stupid policies.

Any reason why you undid my edit?--

Thats how i had it at first but i changed it for some reason. It does look better that way. --

hey dude i just wanted to say i love your sig its a great way to let people get across to the ultra wiki and im always a fan of free promotion. Lol i like the idea of a ultra pokemon aswell. Pretty cool. (:--

One more thing, you live really close to me.--

GT is a Alternate timeline

Hey Goku20 sorry if i speculated, i added the info of DBZ GT taking place in a alternate timeline based on some non-canon events like Piccolo's ultimate death, he didn't died in the new canon/timeline also Goku died after his fight with Omega Sheron, in the main canon Goku is alive and well, he is living with his family and friends! Tesshu (talk) 03:49, December 11, 2016 (UTC)

I'm really tired of your nonsense, telling me what to do like you run something. Stop tryna block me and leave me alone. I shouldn't be of your concern if you have things to do but you obviously don't. So i'm going to say it for the last time, stop telling me about your nonsense.

Final Chidori would disagree,actually I'm on the Female Saiyan page right now and it says she appears to be the Legendary Super Saiyan. Kinda like me. If you want to talk to someone who disagrees,talk to Final Chidori and we'll see what he says. SuperBen 1000000 (talk) 22:38, January 22, 2017 (UTC)

But you don't understand Until We Meet Again was the season finale of Dragon Ball, Dragon Ball Z, Dragon Ball Super and Dragon Ball GT of the franchise were Kid Buu was defeated before meeting Beeus in Super and Uub in Goku's next journey before GT starts that's how the series expands the timeline were he get stronger in order to fight Omega Shenron and save the world but it't not a trilogy it's a series.

U Do Realize That We're Waiting On OFFICIAL Confirmation Before Saying She's A Saiyan Right? And Those "Two Forms" Are Really One Form. The "Super Saiyan" Form Is Supposed To Be Her Form's Redesign By Toyotaro. We Can't Say She's A Saiyan Without Official Confirmation, Because There Could Be Another Race Of Aliens Who Can Transform Similar To Them. Bob1200 (talk) 21:00, February 26, 2017 (UTC)

Well See The Problem Is, U Probably Just Googled Her, Instead Of Actually Finding An Official Source, If U Cite An Official Source STATING She's A Saiyan, Then We Can Change Everything To Saiyan And Etc. Bob1200 (talk) 22:00, February 26, 2017 (UTC)

Forgive me if this isn't the right place to be asking this, but would you mind telling me why you've marked my Dragon Ball Super English dub script of episode 1 for deletion after the obvious hours of work I put into creating it?

I understand one of the two pages should go to prevent being duplicated, but both of them? Please explain.

We don't create pages for those kind of content. ~ Yon ~

Oh, I was not aware. Could you please explain this page then?

Did you know the order of the sections on the character page isn't the order listed in the Manual of Style?

This is the order it lists

But on the character pages they usually have Other Media come first then Voice Actors then Battles. Does that need to be fixed or is it not a big deal and it would be too much effort to fix?Bullza (talk) 17:10, April 9, 2017 (UTC)

Block me since u think u so bad

It actually is good formatting, and it's also more organized too. Why can't we use it? And also, that Future Shu page is very obviously a stub. By the way, if I'm doing this wrong, forgive me because I'm used to making actual messages instead of this. MizukageMoonstone (talk) 02:19, April 15, 2017 (UTC)

I'm not edit warring, you are. I'm just trying to get rid of unnecessary clutter. I told you that it doesn't need those size brackets. Since the image didn't get bigger when I removed them, they aren't necessary. Why can't you understand that? MizukageMoonstone (talk) 02:48, April 15, 2017 (UTC)

Could you check out this edit? I think it has some mistakes in it possibly but I'm not sure. Just thought I could get a second opinion.

What is the point of the “techniques” link being a redirect?[Template fetch failed for https://community.fandom.com/wiki/Template:papi?action=raw] 11:09, May 12, 2017 (UTC)

Reply: Your reason makes no sense. There’s no reason for the link to be a redirect.[Template fetch failed for https://community.fandom.com/wiki/Template:papi?action=raw] 12:51, May 12, 2017 (UTC)

I was unaware of this. My apologies.

Aren't they same thing? They're not even Forms.

Hehehe sorry for the confusion 😅😅

No Rey, you're good. I'm sorry for the confusion 😥

Thats a good point there.

Hey, I saw your discontent with me being an admin. Please note the only reason i was made admin is because I became a discussions moderator and the discussions moderator rights doesn't include block user. So, I was made a "Social Admin" it isn't like I'm running around blocking people for vandalism or reverting edits, nothing like that. I am the only moderator on discussions here. So it made sense to grant me banning rights instead of having me request a ban every time one is needed. That would be an annoying and long process for both the admins and me.

Oh and do not worry about Knighmoon's remarks. This kind of stuff will fade. The users on discussions have never encountered an actual dragon ball staff member so now that I am one a couple of them were wanting to be one too. Knighmoon just didn't give up. Jon the Don -JBour53 (Talk to my consigliere) 19:33, February 10, 2018 (UTC)

Hello, I'm rather new to this wiki so could you tell me what was wrong with my FighterZ edit since I thought it to be as relevent as the rest of the section ? I would not want to make another one of those mistakes again.RingoRoadagain (talk) 22:25, March 12, 2018 (UTC)

Ringo what SuperBen said is exactly what was wrong with your edit besides the Kai part, we have no evidence to prove that Super (at least the Anime) is a sequel anime to Kai instead of it being a sequel (partially) to DBZ. I also have a problem with a little bit more of the timeline placement section like the sentence that says the game takes place after DBZ has ended, and here is why because then it goes on to say that it takes place after the Universe 6 Saga but before the "Future" Trunks Saga, both of which takes place in Super and Super takes place in between the last two manga chapters and episodes of DBZ. So how can the game take place then if it takes place after DBZ has ended? But anyways I was tired when I undone your edit so I forgot to leave a edit summary telling you what was wrong with your edit.  Goku20  Talk  ULTRA DBZ  ULTRA POKEMON  07:03,3/13/2018

Thnaks for answering. I fully agree with what you say about the DBZ and this statment was not put there by me. The reason I mentionned Kai was mostly because Goku told Cell that he never was in Hell. Sorry that it was not clear enough: I did not mean to say that the DBS and Kai animes were part of the same continuity.RingoRoadagain (talk) 17:30, March 13, 2018 (UTC)

that took over an hour eat shti mate

great attitude, mate, but looking at your talk page here, it's no surprise given how many other people are fed up with your bitter disposition. maybe the common denominator problem is you

Yea. He is the problem.

Really sorry to burst your bubble but the only problem here is you two and Nazim-193 among others. -KnighMoon- didn't you get blocked for two weeks for harassment I could report you for it again.  Goku20  Talk  ULTRA DBZ  ULTRA POKEMON  21:14,3/29/2018

Oh look here, Mr Perfect. If you're not the problem, then how come this guy and I pointed out how your talk page is a rage fest?

Because people like Markitten didn't like me undoing their edits so they come here and attack me for disagreeing with them just like Markitten and you.  Goku20  Talk  ULTRA DBZ  ULTRA POKEMON  23:33,3/29/2018

Hi, can you please explain why my edits on Future Gohan have been reverted? I can see how I may have overstepped on my initial cull of the trivia section, but my later two edits— very small— strike me as entirely sensible and non-controversial. Charchetype (talk) 23:08, March 29, 2018 (UTC)

Where does it say

The V-jump could be wrong.

Hi there! I’m Chrome I wanted to ask you something I couldn’t figure out, how does one go about getting their own custom buttons? I was also wondering how I get my name to look different like yours does when I sign it.

Thank you very much!

So on the SS4 page, he has the proof and evidence, you want Nef to look at something that comes from an old Video Game that has wonky multipliers and powerlevels on it. Nef doesn't care apparently. So what gives with that? I think its all ridiculous to begin with considering the cross referenced information on SSGSS and LSS page, so why is it an issue on the SS4 page?? QuakingStar (talk) 20:33, February 11, 2019 (UTC)

Thank you for reverting the vandal's edit

You're a next Super Saiyan God.

Retrieved from "https://dragonball.fandom.com/wiki/User_talk:Goku20?oldid=1878645"
Community content is available under CC-BY-SA unless otherwise noted.