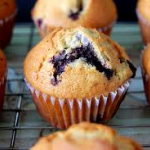 Sure thing. What text would you like in your signature, and what should the text link to? NobleTrigon was here! Send error report? 21:57, July 2, 2012 (UTC)

I have created the sig. Here it is:

Is it okay? I know I'm not particularly proud of the Goku pic, haha. Anyways, you can use this sig by adding {{User:Gokan1603/sig2}} in the appropriate field in your Preferences page. NobleTrigon was here! Send error report? 17:28, July 3, 2012 (UTC)

RE: undoing your edit

That category was uneeded, as it's already mentioned on Gohan's article that he won the Cell Games. Also, the Cell games wasn't a world martial arts championship. --Alex Virus Mercer 19:58, July 6, 2012 (UTC)

Well, with an awesome friendship proposal like that, how could I ever say no? Haha, thank you for all the kind words, I'd be delighted to be your wikia-pal. xP --

Weird. I didn't know that. Also here is a present :

Hey Bro. I don't think you should change your name. Your account might get "messed up" again and your current one is good. SS1 SoldierTalk

Thanks for the pic on the page. Are you changing your name by the way?

I did because I wanted to see how people react to it. And because the AVI is really creepy/funny.  • Vegeta88 • Talk • Contribs

I think we should do it now. Vegeta88Talk Contribs

Have i ever left a message on ya Talk? --

Sure, I don't mind. Just looking at DBZ pics and I found it.

I was bored so I made this for you:

The code is Gokan.

Tell me if you need anything else

Haha, thanks! :D It's taking a while, but I hope to hear from te at least by the end of the week. xD Good luck to you too, TFS wiki needs a leader! T^T --

Did you have a former account before this one?

Get a life. You have no worth. You're nothing but a big wad of spit out chewing gum!

Well, I will be inactive for one more week, talk to you later'z --

Re:What'd I do this time?

I sent this like 18 hours ago, but it screwed up. So here is that message now.

I was just about to jump off to sleep, got an early and big day tomorrow. Driving practice, then head home from my cousins, then seeing a friend and then dinner, big day ay? Loads? I wouldn't put it that high, you wanna see loads? Scroll up a bit on my talk page and look at the message Shakuran sent me, me and TokeupDude also had like 20 messages to each other with like up to 4 paragraphs in each. And me and TC (I think you would know him as Legato now) had like this 120 message convo a couple archives back. Yeh just a few stories haha. Yeh I do champ, got him on email ;D Loving the Brodo name btw, I got Broku and Brodock and BrodockGoku a bit too ya know. Nah mate, we have hardly ever talked, how could you vote for me? That got deleted? 10x I guess ay? Yeh he is the biggest pain, certainly not a fan of his. Yeh, I would love a chat but I better grab some shut eye, its almost 12 and I gotta be up before 7 haha. I'll get back to you later tomorrow mate, catch ya in chat sometime aswell. I'm from Australia just in case you were wondering about the times. Btw since it may be that time of the day or night where no one is on. If ya bored, feel free to check out my user page. I'm a bit of a show off with it to honest :P. (And BTW most of that "What Im doing today" stuff has already happened :P) Catch ya mate

Would ya like ter join the PTO? Go to my userpage for more info.

Okay, just fill this baby out, and you get the userbox.

By the way, would you like your talk archived? Tell me if ya do.

I received a report that you where swearing on chat when no mods where around, it is against the rules and future behavior like this could result in temporary loss of chat privileges.

Do you think that Gigan/Frodo is ignoring us? I've sent him three messages so far and he hasn't replied once.

What did people say about me when they learned I asked to be banned from chat?ASSJ R GThe Ultra Thunder

Did you just ignore my last message?

Nah, it's just that I've seen him on when I left the message, but then he ignored it or sumtin'.

For a second there, I thought you guys were playin' a prank on meh.

Is that good? Do you want me to change the colors?

Retrieved from "https://dragonball.fandom.com/wiki/User_talk:Gokan1603?oldid=1000203"
Community content is available under CC-BY-SA unless otherwise noted.