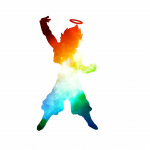 Hi, Gogeta Omni, welcome to Dragon Ball Wiki! Thanks for your edit to the Thread:625177#15|How powerful is Goku? page.

The reason it was removed was because there was an official name for the move and there was a page for that already.Bullza (talk) 22:53, January 3, 2019 (UTC)

Stop adding information to pages that is not necessary as it is already mentioned. All your doing is messing it up. DragonEmeperor (talk) 05:12, January 15, 2019 (UTC)

So you made a page for Age 734. You have a reference but I don't immediately see anything that mentions that year. Goku is meant to have been born in Age 736 according to other information so this would seem contradictory.Bullza (talk) 14:28, January 15, 2019 (UTC)

The Broly movie has indeed scuffed the timeline, (it labels years and timeskips on screen) it starts by saying 41 years ago, then goes to 5 years after that (which is labeled Age 737 and is when Goku arrives on Earth). It also says the present day events are after Age 775 (which makes the "41 years ago" make no sense). --Neffyarious (talk) 18:12, January 15, 2019 (UTC)

Neffyarious, you're right. The term '41 years ago' makes everything wrong. Only if at the beginning when frieza arrived in planet Vegeta was mentioned 47 years ago, current year being Age 780, when Bulla is born , wouldn't have made problems. Goku's birth year makes problem as it's said goku was already 3 years old when and planet vegeta destroyed. Moreover new update on saiyan baby have to be 3 years old to be out of incubation chambers and sent to distance planets. It also makes problems on known saiyan characters birth year , like Vegeta ,Broly. Gogeta Omni (talk) 10:00, January 16, 2019 (UTC)

It actually says on screen that Planet Vegeta and Goku's arrival on Earth happened in Age 737? Goku being 3 when he lands on Earth is alright because that's how it happened in Minus. Him being a Newborn was just a thing they made up for the old anime series.

The Xenoverse games have given dates and the Tournament of Power has to be in Age 780. If it was 41 years before that it would be Age 739 and would fit perfectly.

No, the problem is that at the beginning of the movie when King Cold appeared with Frieza in planet Vegeta the screen saya 41 years ago. 5 years prior to Frieza destroyed Planet Vegeta. As current age after TOP is Age 780, that will make  Age 739 when Frieza appeared, Vegeta and Broly were almost out of incubation Chamber. and on Age 744 frieza destroyed the planet. That makes it wrong. If it was  mentioned on the screen while frieza destroyed planet Vegeta at Age 737 that wouldn't have been  a problem. That would make the earlier scene to Age 732.

Another problem is that when kid Goku in space pod appeared at earth's atmosphere the year countdown begins from Age 737. It makes it seem like Goku appeared on earth on Age 737.

Well Goku landing on Earth in Age 737 is alright maybe because Daizenshuu and other things have suggested that. So you're saying that before this happens, there's a scene 5 years prior which would be set in Age 732.

That should be the year that Vegeta was born but you say he's already been in the pod for 3 years? It actually says that in the movie?

And this scene supposedly in Age 732 is meant to be 41 years before the present day? Yeah that would put it in Age 773...that's before the Buu Saga.

If they've messed the dates up it certainly wouldn't be a first because Battle of Gods did that with Bulma and Mais ages.Bullza (talk) 02:26, January 19, 2019 (UTC)

Great ,just great. Recreated two pages after a long time Age 734 and Age 729 , added link and were removed immediately. Adding updated and modified birthyears of Goku, Broly and Vegeta, but it seems someone don't want everyone to know the change.Gogeta Omni (talk) 12:59, February 4, 2019 (UTC)

Retrieved from "https://dragonball.fandom.com/wiki/User_talk:Gogeta_Omni?oldid=1797390"
Community content is available under CC-BY-SA unless otherwise noted.