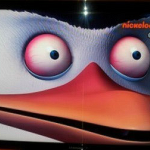 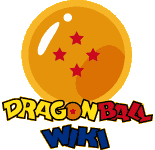 Hi there. All I need to explain is that I am a huge DBZ fan. Feel free to add yourself to my friend list!

Hello. I saw your message to jeangabin666 about friending people. there is no way to friend people on wikia the same way you would friend someone on say, facebook. no button to push or anything like that.

Your welcome, and anytime you have a question, feel free to ask!

Videos are not allowed, as per the rules page. Please do not upload them. --

RE: Why does this happen

Sorry some people are taking some of your edits down, it's just that often times, someone will notice your edit, and feel that it either isn't correct or doesn't conform to wiki standards. I always thought that if someone saw something they thought wasn't right, they should tell the person who put it there that they think so, and then come to some sort of compromise. unfortionetly however, some editors think that they need to take control and they just do whatever. so, if you ever make an edit that you feel is sound, and someone takes it down, simply contact them and ask them, but don't start any edit wars, as they tend to be counter productive.

Hope that answers your question! --SSJSensar912

Just to tell you that Ultimate Battle 22 and Final Bout are Butōden games, so if a move is said to appear in the Butōden series, it's redundant to add its appearance in those games separatly.

Please read articles before editing. Lost of moves appearace in Dragon Ball Heroes were already listed, and listed them twice on several pages.

Because you spammed Gohan Ibbe

Please, don't leave the play button on screenshots. Take screenshots while the video is running for it to not appear.

Why do you add red edges around all the images you upload? That's not needed.

Please, check galleries of proper movies and characters to avoid uploading duplicates of images already on the wiki.

Please don't upload lower size/quality versions of images that are already on the wiki.

Also, the arm raised technique Gohan uses is not a regular Ki Blast attack. It's one of his signature techniques in the Raging Blast games: http://www.youtube.com/watch?v=TRM8u5-E89k

I sense a plot to destroy the SS7S's

Would you happen to have been this user?

Stop seperating all your main-space edits.

I could believe it was a mistake if you didn't stop after every little picture or addition.

No. I'm telling you to make a edit and do everything you wanna add to it all at once.

You added one image to the Haze Shenron page, okay.

You added the same image to his episode, okay, that's fine.

You added ANOTHER image, in a different edit, to his page.

Added THAT image to his episode, in yet another edit.

Then you edited some of the text on his page.

You did them all seperately.

Which to me seems like you're just greedy for edits.

Soon, even you will be obsolete

You seem make a lot of edits on this wiki but remain relatively unnoticed. So here's a shout-out to say 'Awesome job on the DBH pictures!' Holy Pimp (talk) 05:57, December 3, 2014 (UTC)

Because somehow you know a lot about Dragon Ball Heroes...

Do you know what moves Amepai and Zeripai have? I'm going to create pages for them so you can add their moves later.

Wow, you have even played it? Do you live in japan?

Cool. I'm trying to learn japanese so I can play japanese games, but I'm terrible at self learning...

Can you find a higher resolution picture of Giant Oceanus?

Do you know the name of the Kaioshin avatars? For example, Saiyan is Beat, Majin is Kabra, etc.

I don't think they've been named yet.

Where is dr wheelos personality on his wiki page just wondering

Thank you I am trying my best to improve the images that have bad quality from the Saiyan saga all the way to the Majin boo saga. I just want this wiki to look more professional as possible.--Tuxedo12 (talk) 16:48, April 16, 2018 (UTC)

Retrieved from "https://dragonball.fandom.com/wiki/User_talk:Gamewolf67?oldid=1736084"
Community content is available under CC-BY-SA unless otherwise noted.