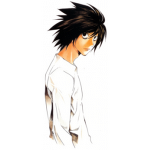 aka Fusion, Bepo, the 8th Shichibukai

Hi, FusionReborn99, welcome to Dragon Ball Wiki! Thanks for your edit to the User blog:SUPER SAIYAN 2 GOHAN/Does the Legendary Super Saiyan make you crazy. page.

YOU wanna join my wiki http://thedragonballfanon.wikia.com/wiki/Special:WikiActivity

Hey FusionReborn, i thought you might consider this pic as an avatar

Hey BardockGoku, thanks I put a lot of effort into editing my profile, and I might use that as an avatar sometime soon, but I'm going to keep this Kid Vegeta one a little longer. But thanks for showing it to me!

Hey sorry I missed you on chat.

I was doing something and you are cool.

hello vageta it is goku from swiming i made a acount on the 28th of oct. it is dragonballzman1 i hope you get this

Ok. That blog I made, you were right tabout what I was asking, but when 10x put this on my page, was I supposed to accept it or something? because I don't see the Rollback button anywhere!

No youdon't accept any thing you just have it. If it doesn't appear than you probably don't have it..Vegeta17 .Talk • Contribs. 15:55,

and do you then see a button that says "rollback"? Because I did that and didn't see it.

When you click history there should be all the recent edits and right by it there is a button that says undo, next to it should be the button rollback..Vegeta17 .Talk • Contribs. 16:17, October 30, 2011 (UTC)vegeta17

Ok so you go to history and to do that you need to go to the arrow by the edit button then it will show the edits there will be a undo button to undo the last edit made, by the undo button there is a rollback button..Vegeta17 .Talk • Contribs. 16:21, October 30, 2011 (UTC)vegeta17

You already told me that.

Nothing, nothing. Is there supposed to be only one rollback button on the whole page? Because there's only one. but Thank you very much for helping me and dealing with my annoyingness!

Yes, there is a rollback button for every single edit made on that page. Oh and that blog was a mistake you should have consulted me..Vegeta17 .Talk • Contribs. 16:27, October 30, 2011 (UTC)vegeta17

I know... and WHAT?! there is supposed to be a rollback button for every edit?! Then why is there only one for me and its only the top edit?!

Go on any page and do the history thing and tell me if it does what it does on my computer.

I told you only one rollback button shows up and it is only on the top edit.

Uhhh... thanks, but that doesn't anwer my question.

Yeah, sorry I kept dragging this out.

Well, you see, when you change a poll, wikia registers it as a new poll, resetting the votes. Yes, I do believe that rollbacking the edit will change it back.

Thanks, I hope to not dissapoint anyone. :D

Just a question, did you get the Cell eyecatcher off my profile?

{C {C Now learn, learn what happens when you mess with the most powerful being in the UNIVERSE!

I added the avatar to the corner of your page, but I wasn't sure what pic you used, so I just found a random one. If you edit your talk page, there will be some coding at the top. Replace the picture on there with your avatar, and you're set.

Hey Fusion, whats up. What do you think of my sig now? BardockGoku  talk  contribs

It seems to be gone now anyways.

Dude, just tell me the file name for your avatar, and I'll do it for you. I did it before, I'll do it again.

Tao was stated in the series to be over 200 years old, as he was in the King Piccolo wars. Look on his page, it explains more.

Yes, I changed it.

Haha, as long as it doesnt bother you then, hes just joking. Did you see my Yamcha archive pic?! XP

Lol, I like Yamcha the pic is just awesome X3 Bubai!

Sure, what picture would you like. I will find a cool one more now

I don't like Buu that much anymore, but he was what got me into DB, Z and GT.

Same here MFA. I am sorry if I gave you the impression that I voted for you. I voted for no one. I said why I was unable to vote and then gave examples. Sorry if iI came across in the wrong way.

Hey Fusion, I wanted to let you know that I fixed up your sig so that it is the whole word that links to a page and not each individual letter that leads to the same page. Nothibng has changed and each letter still links to the same place and it looks much better. If you don't like just tell me and I will roll it back for you. Do you like it though?

No problem. Happy to help out a mate on the wiki.

What? Sorry U didn't understand what you meant.

I thought that for a moment. But then it just didn't seem right and I just thought WTF is this guy talking about. Haha

Agreed, see you on chat

You want me to suggest you an avatar that makes no sense?

You said it on chat :P

Hey bro, what do you think? Does this work as a sig?

I appreciate the honesty. So thanks for that. It is suppoesed to be a user box. Also I just love that picture XP

P.S you are my son

If I read what you said right,I can say any-thing,not just what I truely know wich leads to stuff like this-

Four years ago you were fight the all powerful super dupers awesome pizza cat monster,the only way you beat him was reborning fusion,then doing it 99 times to get the power to beat the pizza cat,but at the cost of haveing 100 minds in one.

Thats fine, but might i ask how did you fade your sig?

I'm not ignoring you, sorry if I'm making you feel that way, it's unintentional.

Thanks! Congrats on getting to 1K edits. Nice job. Don't feel stupid. It's fine.

I wouldn't call it being kerks.

Thanks Fusion, I really appreciate it! :)

Why? You're just as good a user as me, if not, you're better.

I'm getting ready to leave for Basketball practice soon, so I cant be on chat right no. I'll be there later though. :D

Retrieved from "https://dragonball.fandom.com/wiki/User_talk:FusionReborn99?oldid=594184"
Community content is available under CC-BY-SA unless otherwise noted.