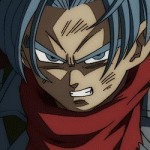 I wanted to ask you if you could make the main page of this wiki a little better. Only if you have time of course.

Raging Gohan probably explained everything to you and what you should do.

Yozas! I have added you to my ally list, and I picked a nice Vegeta picture for you! :) Also, digging the Renji stuff goin' on! How did you know he was my favorite soul reaper? <3 Haha jks!

Oh yeah, totally no problem! :x Mhm, that pic was high def quality jpegness right thar. Gotta love the Tumblr! <3 And yeah! Renji is so cute! :3 Ichigo is too mainstream in my opinion, but I still like him. Yeah, Axel and Renji do look alike! Hazaa! Ill be seeing ya!

Hey! Lol, I never actually noticed that before. What other shows do you like besides DBZ and Bleach?

My snake has started throwing venom

Well I got a code that add User tags. UserTags is a script that can add, remove, modify and rearrange the tags on User pages (The "Founder", "Admin", "Blocked", etc. tags that appear next to user's names in their masthead). It adds Rollbacks, B'crat, New editor, never edited, even your custom etc. Even works wit monobook  — |~Epsilon~|~talk~|~contribs.~| 12:35, January 13, 2013 (UTC)

If you get a chance. (if it hasnt been removed yet) check out the image I added in the Maron page.

Haha I signed your guest book and went two spaces down instead of one, so it's outside of the scrolly thing. And I'm really lazy, so I think it should stay there because I'm special. Uhhh. 18 will sign after 16. True, I messed it up, but it will make people think that I'm even more cool than I already am.

Lmfao. He was trying to avoid you.    CN  Leave Me A Message  Contribs

I had to take it off of the page after people saw it, so here it is.... I just noticed they must have removed it...(i have to re upload it)

Got it, just inactive

Yeh, I read that earlier, I just never had a good time to respond. <; I never could get into Naruto; the plot just always confuses me and I feel like its a bunch of random stuff. I remember one of my really good friends like it. She especially liked Rock Lee xD Yeh! Avatar isnt anime, but its one of the best animations in all catagories Ive evah seen in me life! I just really love that show. Im looking forward to Season 2 of LoK!

Its perfectly okay. Yeh, I hear you; I dont like being that jerk person who just never responds. If I dont, its because I havent been on. Oh yeah, 50 episodes! XD OMG I would still never get it. When I have watched it, Ive always liked Temari and Shikamaru the most. Fo sho! ATLA is really old, thats probs way, since we all grew up with it. LoK is still really good. I really like Lin and Tahno. (: What characters do you like? You can make new headings or write under old ones, its no difference to me.

Yep, Gaara is also pretty interesting! Sokka is totally awesome, I agree. (: My favorite characters in Avatar were Azula, Katara, and Zuko. (Sig and archive!) I really liked the whole show and its plot, but I was a little let down with how the last episode went. Mhm, I like the Bending brothers too, my last archive was of them!  :x Yep, totally understand. I would never yell, just do whatever tickles your pickle! :D (HA! Ive been wanting to use that one for a while!) And, I just added a gallery to my profile, and Im pree pissed that its just been spacing out every section then. Ive tried fixing it twice, but to no avail. xp

that is confidential information

How Could You Forget the Prince of the Fire Nation?!

Yeah, by far, he has the best backstory and character development! :D Did you like my Zuko archive? He is totally awesome and cute! (: Ah! xD Zutara! That is the one pairing I do truly adore. You dont want me to rant about it; I have a billion reasons on why it wouldve been really good compared to what really happened. Aang/Katara was always a child and mother relationship, really nurturing and protective, from day 1. She needed someone who understood her from the beginning, if you know what I mean. Mhm, by far by favorite! In fact, Aang was a monk and everything. I wouldve (and Im sure many others as well) respected him even more as an Avatar if he could fully master the Avatar State and let go of all attatchments, be a more worldly protecter. Solo Aang wouldnt have been at all!

Yeh man, been ages. How you been bro?

Hmm.... I'd like to be pink and black. Also, could'ya put this picture of the sig?

PERFECT! :D So how do I make the sig work for me?

I had that long before, 2 years ago on my X10 Kaio Ken account btw. And Second I don't copy. There are many similar codings In da huge word. C ya around Chidori.

Sure, but can you find me a cool image to replace it with. Thanks bro.

Whale thank yoo~! Haha. That was random. I'm sure I'm replying like two weeks late though because I haven't been checking this very much lately, so sorry if this is.

I can't even make a freaking sig without you stalking me to see if it's copied. I don't like you sigs nor user em, and you have a sig just like SSJ4's so stop it. And as you can see I made changes.

Just so you know..

So because I use one coding from someone else. Explain all the coding at Anima club wiki, which you ALL' copied from Dead Space Wiki. Hypocrite.

The wiki was pretty uneventful, so you didn't miss much. Aside from Quack creating a sock, ranting all over 10X's page that he wasn't a sock, and then getting banned by Vegito because his IP matched Quack's...and the biggest edit war with a vandal I've seen since Admins weren't currently on.

Thank you! :D Also, welcome back from your block

Hi dude, welcome back, how have you been?ASSJ R GThe Ultra Thunder

Hay, you got unbanned/made it past your sentencing! :D Good fo you! Welcome back bro, see ya around. PS Go Zutara. PPS Luka left. PPPS Im feeling oh so pretty today. Also, Roscoe Jenkins is a hilarious movie with Martin Lawerence. Lalz.

Could you come on chat?ASSJ R GThe Ultra Thunder

Thanks! I'll try to do a good job.

I meant I was banned from chat on db wiki and asked you to come to animania.ASSJ R GThe Ultra Thunder

Well, I'm less busy now, so I can go on like, twice a week or somethin. AND WHAAAAAAAAAAT?! BRODO LEFT?!

HOW LONG HAVE I BEEN GONE?!

Retrieved from "https://dragonball.fandom.com/wiki/User_talk:Final_Chidori?oldid=1107707"
Community content is available under CC-BY-SA unless otherwise noted.