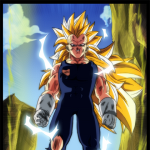 Hey bro, I chucked in the archive for you. BTW in regards to the pictures. For ones on my profile. I would like it to be like just you and me. But then if you want to add in Kotsu after that that would be awesome. I was also hoping for our pictures to be on the same piece of paper, but only if possible. Hope this isn't too hard. Again a huge thanks man. Do you like the archive?

Oh okay. Awesome.Awesome man, thanks so much. So I am Goku yeh and you are Vegeta?

Not much really, just school and stuff. You? I haven't been on wiki at all much either. Awesome. Wait so it's just you and me yeh? Yeh good, school is pretty bad because we have Acer tablets in class now.

Bro! That's awesome. Not really what I e/oected, but that certainly doesn't mean that I don't like it does it? When I am next on a computer I will be sure to chuck it onto my profile with all my other ones. Thanks again so much man. It means alot and is real appreciated.

hello final flash 68 its me Galick kamehameha wave 68! i hope you could giude me in the future and respond to my facebook request. more sirous stuff to come later bye.

hey thanks for the advice

yeah i know watcha mean on the bulmasuar id like a real bulma as my pokemon hahahahahahahahaha :PGalick kamehameha wave 68 16:21, June 21, 2012 (UTC)

Hey buddy! Are you logging on here much still? You were doing some military sort of thing recently yes? Anyway reply when you can and email maybe if that can keep us in touch better. You have got my email yeh? :)

Man it actually makes me physically happy to hear that. You were like the first guy I met on here and I really do like ya. You're in year 10 man, thats a good year, really a chill one for me. I just started Year 12 today (well offciially I start it next year but I have it for the next 2 weeks as like a getting into it thing) thats Senior in US isnt it. How are you now? Anyway man at least keep me the promise that youll check the wiki at least a few times each year as the future comes along yeh? Rapping it up man again I am so happy that you're life is great ansd you got yaswelf a girl n all, keep it up all the best til next time champ.

Hey, I left in a hurry from the chat and just wanted to say: nice talkin with ya, and Happy Holidays

Hey man, my first wiki friend. I'll make it quick, do you check in to wiki much anymore?

Retrieved from "https://dragonball.fandom.com/wiki/User_talk:FINAL_FLASH68?oldid=1431764"
Community content is available under CC-BY-SA unless otherwise noted.