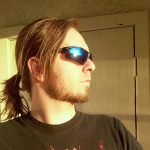 Hi, EBsessed, welcome to Dragon Ball Wiki! Thanks for your edit to the Dragon Ball Z: The World's Strongest page.

Just figured I'd mention first up that I did not actually welcome you, that message was generated by wikia and assigned to a random admin, it chose me. Personally I do not think that any speculation at all should be on the wiki, and the paragraph:

"The events of this movie clearly happen after the Vegeta Saga, as Gohan has already trained with Piccolo (he knows him and wears his clothes) and Goku has already trained with King Kai (he wears his emblem on the back of his clothes, and uses both the Kaio-ken and Spirit Bomb). Gohan has a flashback that shows when Piccolo died saving his life from Nappa's Bomber DX. However, Piccolo is alive in the movie, which does not happen until the Frieza Saga, and Goku is back on Earth, which does not happen until the Trunks Saga. Therefore, the movie should take place in the three years the Z Fighters are training to prepare for the Androids (right after the events of the episode "Goku's Special Technique"). It could alternatively happen during the time leading up to the Cell Games".

is completely useless, as we already have an official Daizenshuu placement, so I'll probably try to get that removed. Also, If you look at what 10X Kamehameha said at the bottom of the World's Strongest talk page, he said that he agrees with your points being put in the trivia.Neffyarious (talk) 07:46, January 1, 2015 (UTC)

Got to ask do you have a link  to an offical source that declares gt is non canon by super? if not any edit that is made about canon on the articles will be removed becuase that it is actually a headcanon -a interpertation of what happens in the db franchise by fans.

Toriyama himself has stated that GT is just a side-story, similar to the films that don't fit into the timeline. It's non-canonical by Toriyama's own word. It does not fit into the official story. That's exactly why he made Pilaf and the gang young in Battle of Gods, so that them being really old at the beginning of GT would be impossible, thus rendering the events of GT null and void. EBsessed (talk) 21:13, September 20, 2016 (UTC)

And yet, just because they haven't used those exact words doesn't mean the implication and inferrence isn't there. It seems quite absurd to bar people from using words that apply just because the creators haven't used those words. Most creators never utter the words "canonical" or "non-canonical," and yet people are still aware of what is and isn't part of the official canon of those creators' works. There are very clearly things that have been made in the Dragon Ball franchise that contradict the officially established story, such as Episode of Bardock and Dragon Ball Minus, which makes them non-canonical. And Toriyama specifically made Pilaf and his gang young in the new films and Super as an easy way to write GT out of the canon, as he has stated himself that he considers it nothing more than an amusing side story. Just as well, it's also obvious that the original Dragon Ball movies Blood Rubies, Sleeping Princess, and Mystical Adventure are non-canonical since they clearly contradict the story. Just because a creator hasn't used a word doesn't mean the word can't be used by fans when it applies to their work. To be perfectly frank, that argument simply doesn't make any sense. EBsessed (talk) 12:04, October 25, 2016 (UTC)

Are you referring to this? I don't see him call it "nothing more than an amusing side story", he said that he left the series "up to the staff, story and all" and he calls GT a "grand side-story of the original". To say he's "implying" anything to be non-canon is pure speculation. He's never stated that DB Minus parts of DBZ, for example, despite them contradicting each other. The closest he's come to calling something non-canon would be an interview from around 20 years ago with him saying that he personally considers the movies to take place in another dimension. -- • Final Chidori • Talk 19:41, October 25, 2016 (UTC)

Toriyama specifically made Pilaf and co. young in the new movies and Super in order to officially answer the question that no, GT is not an official part of the story. "Side story" can mean different things to different people, but with his decision over Pilaf and co. it's clear that his meaning of "side story" is that it's not part of the official story, and him saying "side story" is just another way of saying "spinoff." Regardless of how you want to interpret Toriyama's words, however, there is no arguing that the new films and Super make the events of GT impossible. Furthemore, all of this is only partially relevant to the primary discussion here, which is why the use of "canonical" and "non-canonical" (not "canon" and "non-canon," which are grammatically incorrect) are strangely banned on this wiki. EBsessed (talk) 19:47, October 26, 2016 (UTC)

I gave you the reason why they are not allowed to be used in the articles on here, but also to use them when no official canon has been stated is biased as hell. Also if you don't like this wiki's view their is another wiki that all the user's there believe GT is non-canon.  Goku20  Talk  ULTRA DBZ  ULTRA POKEMON  19:51,10/26/2016

I personally believe GT is non-canon (along with a very large amount of users here), but the reason we don't add that into articles is that it would be speculation. So, unless Toriyama, Toei, or Toyataro establish an official continuity, we can't say for sure if something is "non-canonical" as there's no official continuity to base that off of besides a comment about the movies taking place in another dimension. Toriyama calling GT a "grand side story" doesn't really mean anything because we have no idea what his intentions were by calling it that. In the same paragraph, he literally states that he gave up the series' story to the anime crew, one could argue that implies that GT *is* canon. Again, both sides are speculation so we avoid the topic of canon, just like how Toriyama does, on the articles. We're not saying "GT is non-canon", nor are we saying "GT is canon".

Also, you're saying Toriyama made the Pilaf crew young again for the specific reason to retcon GT. Do you have a source for that or is that just more speculation? -- • Final Chidori • Talk 20:15, October 26, 2016 (UTC)

And then, Goku20, I refuted your reasoning by explaining the faulty logic behind said reasoning. It doesn't matter if a creator specifically uses a word or not; there is still an established canon for their works regardless of whether or not they've ever used that word.

Final Chidori: The new films and Super ARE the source. It's not speculation when the events in GT become impossible due to the events in the new works. There is no way for both GT and Super to be canonical, and thus, since only one of those works is being written by the actual creator himself, it becomes clear that the other work is no longer part of the official story. EBsessed (talk) 00:00, October 27, 2016 (UTC)

You claimed that Toriyama "specifically made Pilaf and his gang young in the new films and Super as an easy way to write GT out of the canon", which is what I asked a source for. Are you completely making that part up? I've never heard that.

Your logic here makes perfect sense otherwise, unless the final episode of Super consists of everyone asking Super Shenron to revert everything to what it was before Beerus' arrival, the events of GT cannot happen. I agree, and I think GT is non-canon as well. However, we cannot directly say it's "non-canonical" on an article because there's no official source telling us so. Unless we have an actual source telling us something is non-canonical, saying so on an article would be pure speculation. When an article doesn't mention GT being non-canonical, the article is not implying that it IS canonical. We completely avoid that term unless it's backed by an official source, and Toriyama calling it a "grand side story" isn't nearly enough. -- • Final Chidori • Talk 00:53, October 27, 2016 (UTC)

No, it's never been stated in an interview, but it's perfectly clear that that's exactly why Toriyama made Pilaf and co. young for the new DB works, considering they're incredibly old at the beginning of GT. Therefore it doesn't need to be stated in an interview; the work speaks for itself. That one, tiny detail renders the entirety of GT impossible, and Toriyama knew this, which is why he did it. Anyone with an understanding of implication can see how plainly obvious it is, whether the man spells it out for everyone or not. He expects people to be smart enough to pick up on the obvious implications of that detail change on their own instead of insulting everyone's intelligence by stating it in an interview.

The same applies to the fact that Super and the new films were written by Toriyama, the creator himself, and GT was not, and since Super (an official Toriyama-written work) makes the events of GT (a work not written by Toriyama) impossible, that means GT is non-canonical, because if there are conflicting story details between two works, then only the one that was made by the creator himself is the canonical one. It doesn't need to be stated word-for-word; again, the work speaks for itself. EBsessed (talk) 22:26, October 29, 2016 (UTC)

Not saying it's officaly stated but it's becoming clear to me that based off the amount of times that earth shenron has been summoned (a year goes by with each summoning) that tarble and yo son goku has been retconned due to that fact and yo son goku states that it's been 2 years since kid buu's defeat but in super that was around or after frieza's ressurection. also he was mentioned in the bog movie but not in the super arc. so if there's anything super changed it's tarble. 0551E80Y (talk) 06:24, October 27, 2016 (UTC)

Retrieved from "https://dragonball.fandom.com/wiki/User_talk:EBsessed?oldid=1508900"
Community content is available under CC-BY-SA unless otherwise noted.