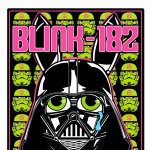 Oh okay, I like that one you used just then, mostly because that is the one I first viewed you using. Legendary is probably my favorite but having Broly there is a big set back. I also liked Golden Oozura one. Have you done an SSJ3 one? BardockGoku Talk

These are just two crazy thoughts. Ever thought of making an SSJ5 one? This one would probably only glfit on the UDBWiki huh? Also a False SSJ would look sick! But you would have to make sure the colors were perfect. Thoughts on these?

Yeh the SSJ5 one would be challenging to find good colors. The False SSJ was the one I am more fond of I reckon, mainly because I see much more potential for the colors of this one. Maybe like a background shade from black to a dark red and a sort of golden text, the same color as a False SSJ's Aura would be good? No probs I enjoy talking to you in particular at these times :) BardockGoku Talk

Looks good. Good background color, but the font color isn't the best. Not your bad descision or anything, but I don't think many colors would do any better though :P. It was a hard one for coloring, but I think the False will be good. Maybe if you flip the second picture, like you did with the Golden Oozura sig, it might look better?

Oh, I thought you had flipped them :P. Yeh, is that a new sig?

Lol, it's kind of weird this one. I am honest so I will say that I am not the biggest fan of it.

Meh, not brilliant. Delays back and forth, other problems occuring, it just has to be put on hold for a while until the problems I am having get sorted.

Thanks, I hope so too. Hopefully be February things will have cooled off.

Hey Gotek, could you make me a banner? I'm thinking headshots of Super Saiyan 3 Gotenks and Vegeta, with Kingawesome in the middle. For the background, you could do something like Supreme Kai's planet or outer space. And please, take your time!

Sorry, I don't really know the code to make the boarder, well, for that border it's weird how you have to set up making it, I don't really know how to explain it. The thing I usually do whenever something like this happens is just go to the source mode of my sig, and change the colors and such around until everything looks as you'd like. Sorry I couldn't help. --

Lol, it's certainly interesting. The problem is 10X doesnt allow gifs on sigs :/, but I really like it. Bugs bunny will alwyas be one of my favorite Looney tune characters! ^_^

Yeah, sorry man. Also, if you're one of those people that likes the backgroundless pics, I can edit out the white on bugs for you, if you'd like. --

Yeah, that makes sense. I felt a bit weird about asking, knowing you're the editing master and stuff ^-^' Lol, wow this Sanji pic is ig and obnoxious xP --

'Lo Gotek we haven't spoken in a while, how have you been man? BTW I feel like I have asked this before. Do you do any like drawing or any fan art? Or anything along those lines?

Good to hear. yeh good thanks mate. Went back to school last week. We all got Acer tablets, worst thing ever! They are just one big effin distraction! We are going to have the worste exam results ever this year xP Oh okay then, same here. If I asked if you could do a digital edited of a picture of Gotek and a picture of maybe SSJ3 Goku together, would you be able to do that do you think?

We got them for like learning purposes and all. but they are so bad xP Well i asked if you did any drawing? You said you only do digital editing and what not. Look here and you will understand what I mean. Like a picture of you and me, does this sound appealing to you at all? I would be SSJ3 Goku if that would be alright. BTW if you haven't already, NG would like you to reply to your messages, thanks bro.

Hey Gotek, nice new quality avatar you got. Also, I'm not sure if you're ignoring my earlier messages or not, since I have left two before, and I would not know any reason why they would be ignored. Thanks.

Awesome bro! Oh haha, I can see how you could interpret it that way :P. Ah yeh that's fine, it is mainly your picture after all xD. Well for the hair I am happy for it to be just like the golden/yellow color. That should look the best, I don't really see anything else working and I like that color too. For the clothes I am down for his originalornage Gi. You can decide stuff too if you would like, thanks for this!

Hai Gotek :P What are you up to lately? Havent heard from you!

Hey, I was just wondering if you were going to continue those sig contests. You kinda abandoned them.

Oh, it's really a shame. So you plan on bringing it back or are you just gonna keep the way it is now, abandoned?

'Lo Gotek ;D Hey man how have you been since we last spoke. It has been quite a while ay?

Yeah it's great. Thanks!

Uh...go for the lyrics. Don't be surprised if I dislike them, though it's possible I won't.

Well, for one thing it doesn't rhyme..

If you read [article], you will notice that rhyming is pretty much integral to rap. You can argue this point with me if you want as well, but at the end of the day, I am still the rapper you want to sell this verse to, though you're free to make your own song out of this.

'Lo Gotek. I found this Bleach video with a techno song that I really like, real hardcore techno XD So do you like it? So can I call you a Fusion dnce fan yet XD http://www.youtube.com/watch?v=SHuaKSxVGu8

Bro, to me it is saying you are not even in the chat.

Yeah, I know it sounds weird, but, can you make a logo for my wiki. Thanks! --

I know you had to do what you needed to do Gotek, and I respect you. I guess once the block is lifted, or if it is, I'll go for a new username. BlazeFireXXXX just has too many bad records on it's name. See ya later. -The Guy Who Used to Be Blaze Fire

Plz REply to this as soon as u can!

getting a new name soon, so i need a new sig. REQUEST: Majin Vegeta on one side, My name (Majin Frodo) in the middle, Frodo on the other, and then a link to my talk page with a Babidi picture next to that. BTW I don't care about the color.

(May be the last time i use this sig, thanks for making it.)

What's up man I've noticed that u like DBZ well I guarantee u you will like Dragonball Z Roleplaying Wiki. On our wiki u get to play as a fanon character u come up with and role play, battle, chat, transform, level up, make friends and more. Our wiki is just a wiki where u roleplay and have fun not like other bs role playing sites where u sign up and stuff as long as u got a wiki account you are good. So message me if you are interested or go click the link below. http://dragonballzroleplaying.wikia.com/wiki/Dragon_Ball_Z_Role_Playing_Wiki Gohanssj3 (talk) 03:18, February 28, 2013 (UTC)

Retrieved from "https://dragonball.fandom.com/wiki/User_talk:DrAssassin?oldid=1066179"
Community content is available under CC-BY-SA unless otherwise noted.