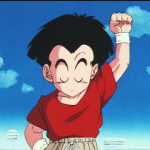 do you know how to put pics in sigs?

You just put [[file:_________|40px|bottom]] with the name of the picture in the blank where you want the picture in the sig, I think. I've been having some trouble with it though, as I have been unable to get it to work. Could you give some slightly more detailed instructions? Destructive

well it depends on the image if its not right in the slightest way it will be a red link. so with that said make sure you have the right .jpg .png ect. code right. if you want show me the picture and ill either show you what to put or do it for ya (id rather show you)

I just figured it out. I wasn't capitalizing the file, which was causing the problem. My new sig is this: Destructive

so did i help ya?

Yep. You made me take a closer look at making certain everything was exactly the same. Destructive

i think Korins staff page is pretty good we did awesome work ;)

Oh yeah, I'd have to agree with that. For an item with relatively small information on it, we sure managed to make an informational page. Destructive

i know and i usually just toned him out but i usually memorize stuff when i dont pay attention (really i dont know how that happens -.-')

Wow, that is really strange. Never heard of that before. Destructive

well im something you call "awesomenessness" XD im not lieing

Why did u take the stuff i did on GOKU?

Remember to sign your posts. Ultimatesupersaiyanvegito took off the stuff, not me. Destructive

because it was speculation

Hi there. I understand how you might think that "Planet Trade Organization" should be capitalized because it's the name of a company. However, because it is not an official name, and only a description of the company for the sake of having a term to discuss it. Because of this, it is not a proper noun according to English Grammar. Please do not move the page back. Thank you.

On a side note, I have to ask that you pay closer attention when you are moving pages in general. Moving pages around creates a lot of redirects, which can get messy over the course of many moves, so it's important that moves are only made when they are necessary and correct. You moved the planet trade page with misinformation on the grammar. This is clearly explained in the summary I gave when I moved it the first time, and then again the second time. I suggest you read the history of a page to see why it was moved to that name in the first place. Also, you moved a redirect on the page Yemma lock to the King Yemma article instead of the proper Yemma Lock article. If you are unclear about how a page shall be moved, or have doubts about the grammar, please ask an admin, or consult our Manual of Style. Thank you for your cooperation. Please feel free to leave a message on my talk page if you have questions or concerns. Happy editing.

Understandable. Yes, the name is "Fan made". But before you go running for the hills because I used that phrase, the purpose is important. It is a very important part of the story of DB, and there are many members that are discussed among the Wiki. We want an article about the group, but would have no way to name it without an official name (as according to our MoS). So we created the name as a description of the group, so that at least we had a term to refer to it by.

Yeah, don't sweat it. I've created a disambiguation page for the term "Enma" if it is typed in. This way there won't be any confusion about the titles of the articles.

Because I got to 500 edits, I felt like congratulating myself. So, without any further ado:

Eh, probably. It gets kind of annoying to have to remember who made the sig every time it shows up, and to have to click the middle picture. Overall, I'd say it's be better with words but they both work. Btw, what do you think of my new sig? Destruct

I have four sig pages. But you are correct, it should be a template. This is sig3 and sig4, and in my custom signature box thing on the preferences it has it linking to sig4. I'll figure this out. Thanks for telling me.

Are you going to be changing your sig to something with words? Destruct

Wow, you are really fast with 'em. Destruct

there all done what do ya think Ultiimate Vegito

One problem with it though. If you click the Ultimate Vegeta words then it takes you to sig2 rather than your user page. Destruct

Nah, I'm good, but I'll keep you in mind if I ever need help in the future. :) Destruct

my sig is better than your :P XD im gonna make another sig but this time wih better pictures Ultiimate Vegito

'Tis fine, don't give it a second thought. Destruct

come to the new wiki its ok to edit and stuff

Hey, it looks like you've already been by the new wiki, but I just wanted to give you the official word that the Dragon Ball Encyclopedia is up and running and ready for people to come by and edit! Check out the forum pages here and there for more details. We hope you'll join us as we work hard to build the net's most encyclopedic Dragon Ball resource! --

It makes sense, doesn't it? That basically all your top 10 favorite characters are my least favorite? And (for the most part) your least favorite are my most favorite? I think the only thing we can agree on is Yajirobe. Ha ha. -KidVegeta

Are you still here?

Hello,i do not mean to be a stranger except i have been watching you for a while and i think you qualify.There is a new dragonball wiki called the Ultra dragonball wiki.There you can make yuor own pages about canon,fanon,or even team four star! we need people so if you see this message please come by and make an edit or two!

Why did KV block you from DBF wiki???

Retrieved from "https://dragonball.fandom.com/wiki/User_talk:Destructivedisk?oldid=935063"
Community content is available under CC-BY-SA unless otherwise noted.