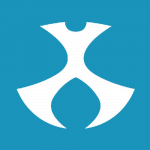 Hi, Clutchins, welcome to Dragon Ball Wiki! Thanks for your edit to the Frieza Saga page.

Thanks for the recent edits. I see you probably copy pasted that text from something, and all sorts of weird coding came together. Plz click here, and then set your 'preferred editor' to 'source editor', since it wont import the weird codes after a copypaste.

The edit you remade by undoing mine is the disputed edit which means to use the article talk page and leave the page as it was before the disputed edit was made, also I have emailed 10X and asked him about the whole ordeal.  Goku20  Talk  ULTRA DBZ  ULTRA POKEMON  05:26,6/20/2016

I think you misread my message. I know Peter Kelamis voiced Goku in Dead Zone. I just meant that if Pioneer released in the film in March 1997, as the article stated before I edited it, then Ian Corlett would've probably voiced Goku in the film since he was still the voice of Goku in Saban's dub of DBZ at the time; Kelamis replaced Corlett mid-way through the Namek Saga in Fall '97 and also voiced Goku in the first three movies. As for the incorrect date, I just copied it from the BTVA website, so if it is incorrect then it's their fault.

Retrieved from "https://dragonball.fandom.com/wiki/User_talk:Clutchins?oldid=1475419"
Community content is available under CC-BY-SA unless otherwise noted.