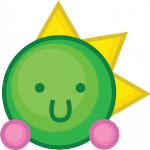 Unfortunately, there's not a ton of information on it available, I was mostly going off what various sources I could find online about it. If you search "ドラゴンボールRPG", you might be able to find some stuff, there's also a Japanese wikipedia page . BubbleRevolution (talk) 15:08, April 17, 2020 (UTC)

Retrieved from "https://dragonball.fandom.com/wiki/User_talk:BubbleRevolution?oldid=1904116"
Community content is available under CC-BY-SA unless otherwise noted.