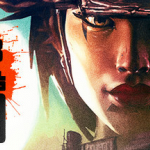 Hi, FlatZone, welcome to Dragon Ball Wiki! Thanks for your edit to the Thread:616539#2|Broly vs Cell/Majin Buu page.

Hey FlatZone, thanks for the links. I’ve seen this image before, someone linked it before on a thread but for the life of me I can’t find that full image, I’ll keep looking. It isn’t linked in any official media and from reading it(translated) it sounded more like promotional material/their opinion. Of course I could be wrong but currently I haven’t found anything validating it. If you do I’d love to know, it’d put this whole thing to rest. Thanks again.Chrome0X (talk) 21:22, February 17, 2019 (UTC)

So I’ve combed through Kanzenshuu and I can’t find this thing anywhere, do you know which V-Jump it was from? Or have a fully translated version? I’d like to be able to read it in its entirety and make sure it’s an official source. Chrome0X (talk) 01:10, February 18, 2019 (UTC)

I’m sorry to sound repetitive but, Kanzenshuu doesn’t have any translations for July or August 2018. Google translate for some reason won’t translate the image, any ideas as to where I can find the translated page or something showing where it’s from?Chrome0X (talk) 03:10, February 18, 2019 (UTC)

I've been informed you referred to another user as "special", please keep discussions civil, don't insult others even if discussion gets heated or you disagree with them. --Neffyarious (talk) 17:34, April 3, 2019 (UTC)

I could see what you mean with them asking what era but, I think they were just wondering like when you’ve been somewhere before but don’t immediately remember, since they have done this before in other timelines they have definitely been in. Beyond them being SS4s means they must have endured the events in some way or another. Chrome0X (talk) 18:07, April 5, 2019 (UTC)

RE:Somthing Else I Should See

Sorry for such a late reply, I kinda dropped off for a while there huh? I’m glad we could come to a similar conclusion, but I guess nothing will be for certain unless Toriyama(as if) clarifies. Chrome0X (talk) 02:27, August 21, 2019 (UTC)

I was operating off of the assumption that DBZ Broly was FAR weaker than DBS Broly. I definitely am still wondering what is the full Green haired form DBS Broly used at the end of the movie. Obviously it looks pretty much exactly like LSS but it fought a SSB Fusion warrior and was treated as if it was a different form. I’m wondering if there is something there or maybe I’m just reading to much into it. Chrome0X (talk) 05:25, August 21, 2019 (UTC)

Part of me likes the way new Broly is all nice and docile but another part wishes he was still that crazy monkey man he was but with an insane power boost.Chrome0X (talk) 19:26, August 21, 2019 (UTC)

Oh also Broly did survive the star, that’s how he was alive in Broly: SC. Must’ve been one weird star though to practically kill someone who was wiping out galaxies.

My thought was always that Broly could’ve survived the star but Goku got power boosted then opened up his chest(only able to by attacking the place he was stabbed in as a baby) and that’s how the star hurt him but most of the damage came from Goku’s attack. Broly destroying that galaxy alone established him as strong as or stronger than Janemba(around SS3 level) and Hirudegarn(also around SS3 level) so it’s definitely not a stretch to say he is stronger than them all. Chrome0X (talk) 19:33, August 21, 2019 (UTC)

I hesitate to take things like rides and movie statements since they aren’t made by Toriyama but he himself has said that he doesn’t really have a “canon” so there are many liberties to be taken. Broly is a very unusual case so I wouldn’t put it past him just accessing the divine ki on his own. Vegeta did it after all and Broly is, well Broly.

I would definitely place Broly above fat Buu, not sure about SS3 Goku given the slight fluctuations in power shown throughout Buu saga but possibly. My money would still be on Buu in all cases due to his immortality and absorption, although Broly may be able to obliterate all of Buu before he absorbed him. Chrome0X (talk) 21:05, August 21, 2019 (UTC)

I see a lot of people like Jiren, I’m wondering what is it that you find interesting about him? I find him a little uninspired and kind of flat as a character(no pun intended). Can you tell me what you like? Chrome0X (talk) 00:00, August 23, 2019 (UTC)

And that’s why I ask things about fellow DB fans. I can see all of your points and like Jiren that much more now, I do still feel he could use a bit more personality but I can get behind the no garbage Batman-ish attitude. Chrome0X (talk) 00:52, August 23, 2019 (UTC)

Another thing I think I subconsciously hold against Jiren is that the writers attempt to replace Vegeta as front and center rival, and I don’t like how Vegeta has had so much happen in his life(he did live under Frieza) but he gets sidelined every chance possible. He and Jiren both like to do things their way or the highway. Chrome0X (talk) 00:57, August 23, 2019 (UTC)

He is undoubtedly a Batman type character but the way he was portrayed didn’t play to that. It made him appear dull and uninspired, the main reason we like Batman is because we know who he is. We didn’t(and still don’t really) know who Jiren is, all we really have is the superhero tragic backstory. I hope they do delve into his past so we can get to know the character a bit better, though this is my opinion. Chrome0X (talk) 01:05, August 23, 2019 (UTC)

Boruto is a train wreck right now but it’s getting better, I honestly prefer Dragon Ball but I like to keep things real. If someone can defeat a character I think it right to state the true facts. Especially not assuming Yamcha of all people had progressed exponentially. Chrome0X (talk) 20:55, August 24, 2019 (UTC)

Yeah they tried to differentiate Boruto from Naruto by making him hate him but it was just dumb. They have none of the stakes or interest that classic Naruto had and really had a gold mine to not let the entirety of the generation drop off the face of the earth. Chrome0X (talk) 07:39, August 25, 2019 (UTC)

I wanted to say thanks for backing me up in the recent discussion despite myself becoming heated. We’ve had our differences I know so it was appreciated greatly. Chrome0X (talk) 00:33, September 15, 2019 (UTC)

did you just tell yourself off?

No, had to revert an edit, and then I messed it up so I had to revert MY edit but I kept the message that I left the first time. Some bullshitter added Xeno Pan to the Super Saiyan page. FlatZone (talk) 18:38, January 28, 2020 (UTC)

It's called Rosé in both the anime and manga

You're missing the point, saying "In the manga Goku Black's version of the form is called Super Saiyan Rosé, which possesses a different hair color due to his godly status" isn't inaccurate. In the anime, this form isn't a SSGSS form, we have been over this. TheCreepy904 (talk) 08:24, January 30, 2020 (UTC)

I saw this on another User's Talk Page.

Hello, Flatzone. I was on Ya Boi King Kai's Talkpage when I saw where you had messaged him this.

You can add links on talk pages, so I don't really see why you would want him to start a chat, unless, please pardon my bluntness, you were trying to link something against site policy? If you have any questions or anything, feel free to message me on my Talk Page and I'll be more than happy to help you. :)

Retrieved from "https://dragonball.fandom.com/wiki/User_talk:BloodOfTheArchon?oldid=1921814"
Community content is available under CC-BY-SA unless otherwise noted.