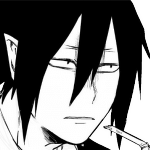 Hi, Reborn Vongola, welcome to Dragon Ball Wiki! Thanks for your edit to the User talk:10X Kamehameha page.

Haha thanks, and yeah we definitely are old pals. Your new username is pretty cool.

I still check the wiki every now and then, I just don't stick around it for too long. It gets boring quickly nowadays, but no, I haven't technically "quit".

Life's been treating me surprisingly well lately. I'm getting decent grades in school, my social life is becoming more frequent, my artistic skills are improving, and I've been watching a lot of good shows. The only negative thing is that all my friends in school are Seniors so they're graduating in a week, and I won't get to see them in school anymore... Other than that, I'm great. How's life for yourself? :3

Aw, I'm sorry to hear that... Well, just try your best, I'm sure your grades will come along nicely, you're a smart guy. Besides, like you said, Summer Vacation is almost here so there's not much longer you'll have to worry. Even if you do end up in Summer School, I wouldn't be worried, it's usually only a few weeks, and the classes are almost always really simple, plus most Summer Schools are only a few days a week. But I'm sure you'll be fine, so whatever. :3 (Yeah, I can make new friends, plus I do have some friends that will be here next year, I'll just miss the graduates is all.)

Well it's good to hear that your work's not too difficult then! Wha-, why do you have triple as much homework as everyone else?! That's gotta be annoying. -.- Oh, and you're taking Karate? I'm jealous! I was going to go into Karate when I was younger, but my mother's against it, so meh. Lol, I could totally believe it if you actually did kick people's asses Bruce Lee style because they threatened you with Summer School. You go, gurl! xD

Aw hey thanks for the message! I read that out loud and totally balls'd up your name, so I sincerely apologise! Quantum-cola (talk) 18:34, June 2, 2013 (UTC) Quantum Cola

Thanks for the Summer Wishes! I hope you have a great summer vacation, too, full of long nights and good friends... Or, you know, whatever Summer Lovin' you enjoy~ See ya around! :D

Thanks for dropping by! I'll try my best to have a good Chrimbus, haha. Happy Holidays to you too!! Hope you have a good one.

When was the last time we talked, my friend?--

Missed is an understatement, I need like-minded people around me or I start to drift. Also, in the months you've been gone I have started a podcast..well two actually but it's mostly a technicality.--

I too am bored my friend. How often do you check here, because it's a rarity for me.--

Get on chat, for once I'm actually going to be on for awhile it seems. And life has been going much easier than it usually is; that isn't to say good just unexpectedly less hard and nerve-racking.--

Hey man, it's no problem! But you really should try and come chat soon, my friend. How art thou? :D I personally do support it, but I've asked 10X for a second opinion, mostly because I want to be fair in that sense before doing anything, but also because I'm absolutely dreadful with any kind of code and somehow manage to screw things up even when following directions.  Dark Seeker Kotsu   15:13, September 11, 2014 (UTC)

hay dude this is @Leapord

so i have this story and im still working on it

but i have nobody to give it to

so can you help me? it will be grat full if you do

Bermuda Von Veckens? How did you come up with that name my man? So where are you in life now man, give us a run down of what's been going on. Yeh the wiki does seem kinda 'dry' doesn't it. I mean I been speakin to Callan, Kami and to be honest that's about who I've seen on chat in the past month or so, Kotsu apparently hasn't been on in quite a few weeks. Well I've got less than two weeks til I finish school forever, which is a really weird mix of emotions. Yeh besides that it's fairly bland.

We'll that's no good, how bout you tell me be about the good ones? Or if ya want I'm happy to hear what the negatives were. Yeh now that I'm out of school I have my first negative that approached me just then. My parents are apparently sick of me 'just freeloading off them' in that they want me to move out or get a job. I have been out of school for a week, I mean maybe I deserve a short break? Yeh my dads a real irrational <insert word of choice here>. I know right man, always sick to get back on the wiki and have ya online friends to chat to. I'd like to keep good talk page messages goin with as many of the guys on here as I can. Only June man, that's a lot less than what it was a couple years ago when we first became mates. (I gather were talking about finishing 12th Grade, not just a standard year). Yeh man good to hear from you again too. Pretty much with chat right now, I'm checking it at times of the day rather than certain days. Infact I check it almost every day around maybe 5 am Chicago time til when I go to bed which is anything from 2 - 6 hours later would be the main times I see who's on. However I do check it occasionally during the day, let's be honest I am incredibly patchy in when I'm on chat. I don't know if you game much or not, but if you do what are your opinions on these games? Red Dead Redemption, Borderlands, Borderlands 2, Bioshock, Bioshock 2, Far Cry 2, Far Cry 3, Portal 2, Army of Two and Medal of Honor. I'm looking for games that have a cool campaign or missions or even some still active online play that aren't too new as i don't want to pay a heap for video games. I'd love games with some good Co-Op missions. Any recommendations would be sick. Heck I bet I get this back and you say you've never played a video game in your life haha, all that text for nothing xP

what is ur porfile pic of?

I knoooow, right? Of all people, shouldn't I be the most likely to be dead?

But you look cool.

well do you know him? and sorry about that I'm looking for him...

well that's just his name Luffy not 1 or anything just luffy and he want to JUMPGALXY idk if you know what that is his name there was simpi oh and had a pic. of luffy from One Piece

Sorry for a late reply D'x This is Luka!

I very gladly would've attended ,but I did switch accounts. However I hope you enjoyed your Christmas!

Whats up homie?? Yeh ive been good man, I was in the States for like 5 months last year travelling and since I got back just been chilling, working and hanging out with friends. Trying to get into University for this year and find some sort of part time work. How have you been, I havent spoken to you in ages. You still in school or college or whats been going on?

Retrieved from "https://dragonball.fandom.com/wiki/User_talk:Bermuda_Von_Veckenschtein?oldid=1431759"
Community content is available under CC-BY-SA unless otherwise noted.