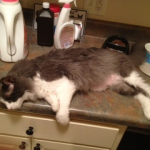 If you're new to editing on Wikia, I check out this page for editing tips December 4, 2014 (UTC)

Can someone please explain to me why I got blocked on my own blog? That's very uncalled for. and tricks. Also, take a look at our Manual of Style, and Rules for editing guidelines on this particular wiki.

Now for some reason, I can't make a new forum thread. That's just wrong.--Observer Supreme Ideas for a retooled Dragon Ball If you could change or add anything in the Universal Century from The Origin to Victory, what would it be? 15:29, August 17, 2015 (UTC)

Apparently I'm continuously being blocked by 10x Kamehameha for vandalism. And I don't even recall doing anything like that.--Observer Supreme 02:11, August 23, 2015 (UTC)

Your block log says you were never blocked. Maybe you share computers with someone who is blocked, idk.

When it says you are blocked, try to take a screenshot.

Myze is my character that I had created. Go to the art and you'll see I'm the one it was created for. I have the untagged versions that I want to post here

First of all, you didn’t sign what you said. And secondly, this wiki isn’t for fan-made stuff. Thirdly, please bother an admin instead of me.Observer Supreme 18:46, December 20, 2017 (UTC)

Retrieved from "https://dragonball.fandom.com/wiki/User_talk:Awareness_Bringer?oldid=1769641"
Community content is available under CC-BY-SA unless otherwise noted.