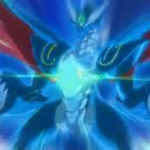 Hi, 1Risingdracyan1, welcome to Dragon Ball Wiki! Thanks for your edit to the Forum:Gogeta vs vegito who do you think is stronger?? page.

Putting alternate form names is makes the article look Improper. Super Saiyan is a transformation not a Absorption, so it's not required have brackets next to it. Nor does other any other Super Saiyan forms use their alternate names. SSGSS won't be an exception.--User talk:Staff Sergeant Jack Jackson

Use the article talk page

Use the article talk page and leave the page as is till a consensuses is reached. Also did you forget that when Piccolo cut off Gohan's tail Gohan couldn't stay standing because his tail was gone.  Goku20  Talk  ULTRA DBZ  ULTRA POKEMON  23:51,5/29/2016

You started the edit war the moment you undid my edit when I disputed yours, site policy is to use the article talk page and leave the page as it was before the disputed edit was made, which means after I undid your edit the article talk page should have been used instead of you redoing your edit so therefore you started the edit war. Please from now on follow site policy. What matters is I disputed your edit and instead of following site policy you remade your edit three times after I disputed it once and after one of the times you use the article talk page, you should go and read the rules, guidelines, and MoS then follow them and if you have to keep going back to them to refresh your mind, or you will end up getting blocked and then eventually banned.  Goku20  Talk  ULTRA DBZ  ULTRA POKEMON  01:06,5/30/2016

Little piece of advice even though two users agree with you that doesn't mean a consensuses has been reached. Also since Old World Monkeys have been extinct for millions of years scientists can't exactly know what they used their tails for.  Goku20  Talk  ULTRA DBZ  ULTRA POKEMON  18:09,5/30/2016

I was kind of wrong about Old World Monkeys being extinct if Wikipedia is right but if they are about the extinct thing then some Old World Monkeys maybe extinct which means that the spices of Old World Monkey that is may have used their tails that way so we don't know if all Old World Monkeys did or not but it is whatever your edit is staying for now, so let's just drop the whole thing. Just so you know me undoing your edit those times after I made the talk page topic and messaged you wasn't anything against you it was because of site policy.  Goku20  Talk  ULTRA DBZ  ULTRA POKEMON  22:18,5/30/2016

Retrieved from "https://dragonball.fandom.com/wiki/User_talk:1Risingdracyan1?oldid=1464529"
Community content is available under CC-BY-SA unless otherwise noted.