So you might say im a dreamer, because I'm the KidVegeta (supes popular guy). Sometimes I dream about the saiyans and their majesty and they are cool let's all make a super saiyan because what the h*ck i want to.

the important question is which saiyan has the longest tail? maan im drunk

This is a question that everyone asks at some stage in their Dragon Ball career. Obviously, some nublets haven't thought about it yet, so that's okay, they don't matter anyway (na na na na). Saiyan culture dictates that the Saiyan with the longest tail is most desirable for mating. This is a KidVegeta Truefact™. There are some pills out there to make your Saiyan tail longer but they don't work lol. Vacuum therapy is also popular but only late night Saiyan shows sell them. As we all know, the Planet Trade Organization documentary revealed that Zarbon has an extreme case of Saiyan-tail envy. Zarbon isn't even that pretty tho 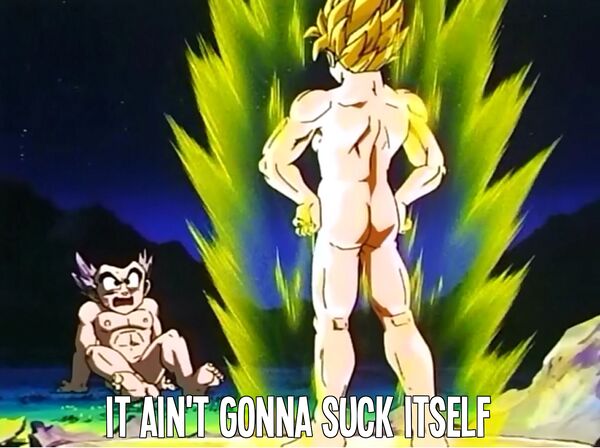 Retrieved from "https://dragonball.fandom.com/wiki/User_blog:KidVegeta/The_question_that_every_single_one_of_you_is_thinking_about_and_if_you_say_you_aren%27t_you%27re_just_a_filthy_liar_that%27s_all?oldid=1182678"
Community content is available under CC-BY-SA unless otherwise noted.