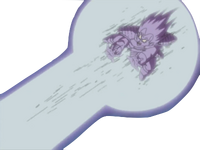 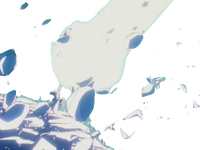 Haha thanks for that one champ, yeh I guess I do have a pretty good rep at this wiki still. Nice to hear that too. To answer ya question I, I always love to speak to a new person, specially on wiki. But I dunno how often I will be on. I mean I got holidays for the next 2 weeks, so I should be able to jump on every day or two. But after that I am almost exclusively on emails. So yeh, but lets give it a shot anyway ay? Catch ya on chat maybe mate.

First do not edit my user page, second of course I don't want wikia to disable me, If I did I would tell wikia myself, I'm on other wikia sites you know, db is not the only site in wikia and third I never said I scrambled my pasword, whatever that means.

Please remember, do not edit my user page again, that's not allowed unless I have a guest book.ASSJ R GThe Ultra Thunder

But you're not the only one that claims this.

Bro, gotta start a new section next time, almost missed ya message champ. Really, where is this actual list? Could u give me a link please?? :) Yeh I will desf try get to answering my messages each day. How's school for you mate?

Also why in the world what I want to be banned, is there something wrong with you dude, if you don't like me and want me to never come again, even for one reply to a blog, or go to the chat, then stop bothering with me and don't send me messages just ignore me, if you send me one more message like:

I could get 10X to ban you, so you won't be able to use this wiki anymore, if that's what you want.

I'll report you to an Administrator for harassment.--ASSJ R GThe Ultra Thunder

Ok no problem, maybe I overreacted too, I just come to the chat to see some users from other sites and I just replied to some blogs, that's it, also I wasn't going to report you anyway, I just said it, so you wouldn't send anymore messages (like:want me to ask 10x to ban you), but we're ok, also if you want to find me I'm on wars and fan club wiki.ASSJ R GThe Ultra Thunder

Could you come to the wars wiki chat please?ASSJ R GThe Ultra Thunder

I'm on the chat, I was just away for a moment.ASSJ R GThe Ultra Thunder

Can you make my page blue and cyan, like yours, and have scroll boxes with people by them, like in Cookie's?

I want Mega Man (8-bit sprite), Frodo (lord of the rings), King Ghidorah (godzilla) and Vegeta by the orange scroll boxes. I want it Cyan background with blue outline. If this is too complicated, it will at least take up some time.

Thank you so much for this! (Make scroll boxes out of my different sections, like Userboxes, guestbook, etc. I don't care which is is by which scrollbox) Reply to this if you have any questions! Gigan23 (talk) 20:56, September 24, 2012 (UTC)

You don't have to do the grammar, unless you really want to.

King Ghidorah (crop sky out of picture if u can) 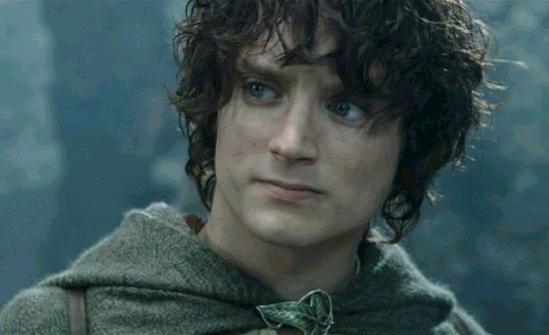 Yeh I am on holidays at the moment haha. Oh tru tru. Someone should get another best users blog up again. I wouldn't mind seeing where I place now that I am not as active as last time when I won it.

Could you come to the wars wiki chat please?ASSJ R GThe Ultra Thunder

Yeh I just wanna see where I would wind up still haha. Who do you reckon is the most popular uswer on this wiki at the moment? Yeh this sig of mine is pretty good since were just rotating through.

Ok, I'm wondering. Why is my name on the contestants list for Top 10?

Thanks! about Gigan's page, I cant solve the problem, maybe he should try another style --

Yes, we can be friends. You also seem like a cool guy.

Its Quality not Quantity ;D

Yeh I got about 7 sits all up. Me and Tyen(CookiePirate) used to kick through sits back in the day. We were the kings of sigs. Oh really? Yeh chuck us in for sure. That's effin awesome to hear mate. What are the ranks at the moment, like top 5 or ten. Could ya list them for me?? Yeh I really don't see how many votes I could get though, half the users don't know me do they? Catch ya on chat sometime soon mate. I've been away these last two nights, cousins and grandparents, packed tomorrow, work on Tuesday then, maybe see ya in Wednesday chat maybe? We have never had a proper chat before have we? But nah keep up the talk messages, their fun. I love em :).

Bad news to your popularity blog

Or please just stop making them. We really don't have a place for User vs User blogs, and certain people might not be able to handle it and it may or may not hurt their feelings. Nothing against you, but I don't like your popularity contest blogs.

Your sig effed my talk!

You have gotta encode one or more of your sigs bro! Like for example you know how one of your sigs has black background and like blue writing yeh? Well you have to end the code to that, now the rest of the messages that are left to me will be black with blue writing. Did that make sense to you? Im not annoyed btw, i'll try fix it up for you now if ya want, but just next time remember okay? :) Anyway I have a Signature Gallery(Sigallery I prefer haha) Check them out, have avote and what not. Their pretty good ay?

Quick EDIT: Yeh just had a quick look, I actually think maybe it wasn't your sig code, maybe just a fault in the page. My bad, I havent been on wiki much so I'm not as good as I used to be :P

No harm done mate. All good all good, it's fixed whatever it was. Nah what is it? Could you link me to it? BTW have I asked like where you live?

Well, your hint was pretty worthless, but, by following your picture upload logs, I traced a GIF to your page. I always thought it was Vegeta88/Secret Page and ... not the way it is.

Nope. I hate it, I wish wiki was just normal the way it was :(

Now that we're friends, do you think you could make a user box that says "user is friends with Redstardragonball"? Also, that box that says you have a new message is clever. How did you do that?

Thanks for making the user box. You can tell me in PM some time, I won't tell anybody.

I appreciate it, but if I was going to make one I would do it myself, I prefer stuff to DIY. BTW what is your secret page??? Yeh it is so stupid, 10x Is such a pain too. He won't do anything he doesn't wanna do, even if the whole wiki is against him.

Hello. I am a nice user. You seem like a gentleman. P:

Ahh, your welcome! Also, that fake message sign thingie: No me gusta! D:

did you sent me a message saiying "tricked ya suckah"? BullaBrief101 Talk Contrib

daddy! well..thanks for the signature ^^ *hugs you* BullaBrief101 Talk Contrib

10X is awesome? I would have to disagree. He is such a bad admin, like you think he is your friend and leave him heaps of messages and you think it's great. But then you realise that he couldn't give two shyts about what ya saying. And then you notice all the bad stuff he does and it just keeps getting worse from there haha. Bit of a rant then ay? To be honest I actually am thankful that he acts how he does on that circumstance because I am in favour of the current image.I think the Vegeta Image needs to be changed, it is wrong in so many of the detailed ways.

Yeh exactly! That was the thing with me. But bro seriously, start going to PrinceZarbon, like he is still an admin so he doesn't seem to be the friendliest guy. But he was the admin I was 'assigned' to so I reckon he's a good guy. And he's pretty active, well he was like back when I used to talk with him. In geography now, some of my mates almost saw me on the wiki! XD

Bit late of a reply ay? My bad

Been real busy, from the Friday when school ended to now which is like 8 Pm on the sunday I have seen just two friends and the time with them has equaled 50 hours(sleep over at mine with friend number 1, then to the fair with friend number 2 the next day, then basketball with friend number 1 and we decided to go back to his for the night, then next day spent the day with friend number 2 doing heaps of stuff, went shopping with her mum and she took us places and blah blah, btw her mum is like one of us so funy and plays in with us it's uncomprehendable!) plus I am getting up like 4:30 tomorrow morning to do this 1000 steps thing bizo. But at least that means I will be tired in school which means I will say, alright eff work imma jump on the wiki or emails :) haha. Oh yeh alright then, that's fair. NF isn't too bad is he, again comes across rude though.

Please do not insult other using, including on blogs. Thank you. --

Sure,I guess we could be friends you look pretty cool,and by the way Regular Show is pretty awesome. Also about the signature I would like one please and I want these pictures with it if you dont mind.Neko Saiyan Cat Me Ha Me Ha!!! 14:24, October 15, 2012 (UTC)

You have been blocked for three days for harassment, which you admitted to as you did it on my talk page. The guy showed up on my talk page apologizing and saying it's okay to block him if I felt he was spamming, and talks about (with evidence) how you have been targeting him ad making fun of him. You respond by making fun of him, insulting him, and harassing him. I have no idea why you would do that to someone but it's not allowed here. --

Retrieved from "https://dragonball.fandom.com/wiki/User:Vegeta88/OldTalk2?oldid=1165053"
Community content is available under CC-BY-SA unless otherwise noted.