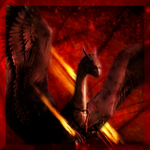 602 Edits since joining this wiki
November 22, 2011
0 Discussion posts
Here's the story of my own character:

The story of Shadow :

Shadow is the last of the race known as Secret Saiyans. Secret Saiyans were the most powerful warriors in the universe. They were born Super Saiyans. Because of their power they decided to stay secret. Thus to their cousins (the saiyans) they all but vanished. Shadow could go SSJ2 by the age of 5 and SSJ4 by 15. Shadow was one of the few Secret Saiyans who were born with immortal age. One day all the Secret Saiyans mysteriously disappeared. All but one. The survivor was Shadow. Shadow was sent to Earth before everyone on their planet disappeared, to be trained by the legendary Z-Fighters.

Shadow continues his journey after being trained by all the Z-Fighters, to find what happened to his lost race....

Retrieved from "https://dragonball.fandom.com/wiki/User:TheLastSuperSaiyanX?oldid=1907422"
Community content is available under CC-BY-SA unless otherwise noted.