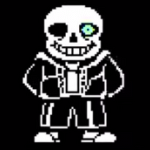 THE TRUTH ABOUT KOTSU

Spread the word. ONLY SOME PEOPLE KNOW EXCEPT FOR THE PEOPLE WHO DON'T BUT THERE IS A WIKI FOR DINKLE DOOS AND YAY

My wiki email is Majin.Frodo@gmail.com

Hello, I Am The Frodo AKA Gigan23 AKA Majin Frodo AKA Vegeta Beat Zarbon lol AKA that one guy on the wiki you might know from chat. I am a pretty big fan of the Dragon Ball series! I haven't watched any of the 3 (4 if you count Kai) series the full way through, but I have watched a lot and read a lot of the manga.

If you have any questions concerning the wiki, you should probably ask one of the admins, but you can ask me if that's what floats your boat. (I probably won't give the most accurate answer, but it might happen)

My favorite character is Vegeta. I also enjoy the Dragon Ball video games, and I have Budokai for the Gamecube and Budokai Tenkaichi 3 for the Wii.

VegetaBeatZarbonLOL aka me when I was a noob"

And an amazing conversation that goes with the quotes...

^A conversation that literally just happened

Friends (In no order)

BardockGoku : He's the first friend I had on this wiki! He's awesome. He pretty much welcomed me here.

Drayden/Axel/Adam : Who doesn't love this guy? He's fun to be around. Not to mention his gifs and epic blogs.

Prince Zarbon : We have pretty similar taste in music and games, and he's pretty nice.

Gohan347 : He is exactly like me. EXACTLY. He likes Vegeta most, and reads the same things as me, he's my long-lost twin bro.

Kotsu : He subscribed to me on youtube. He's an awesome guy. And we're Arin and Jon

Matt/Goatee : We have the weirdest but coolest conversations ever! And he's just like me! Also, Dinkle Doos. Spread the word. (only a select few know of the DInkle Doos)

Final Chidori : Made me my new sigs!

Cool guy. He does all my work, and he's a genuinely nice person.

Gokan : He is my cannibal bro. Nice guy!

CookiePirate : He is Blues and I am Rock. And he's also my captain, if that wasn't obvious enough.

SuperKamiGuru : She's awesome. Whovian friend. A lot of other things

Ibbe Posey : Pretty good chat mod and nice person with a good sense of humor. He's also on chat often, so you can ask him for help if you need anything.

November Blue: Helped to bring me out of my nooby ways, interesting and fun to talk to.

Tjakari : Calm, interesting user who is nice to chat with every once in a while.

MsBulma: I swear I added her earlier! She's my Walking Dead friend.

it was the golden age...

If you enjoyed my page, or see yourself as my friend, take this userbox! { { Frodo } } (Minus the spaces)

Retrieved from "https://dragonball.fandom.com/wiki/User:TheFrodo?oldid=1333091"
Community content is available under CC-BY-SA unless otherwise noted.