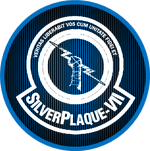 Jelo Gutierrez Cantos (aka Dr. J Fresh) was born on April 26, 1993 in Batangas, Phils.) is a Dragon Ball fan who came out of "retirement" and a special person who lives in the normal streets of Scarborough in Toronto, Ontario. However, he does a little transit photography frequently and of course, discuss wrestling news to his fellow fans on WWE Universe when he watches it on TV all the time. He is the youngest child on the Cantos family (considered a sixth-generation son.)

Outside those things, he also eats food, uses computers, hangs out with friends (though a cutest girl may help when she says "hi"), watches TV, listens to music, draws completely, and of course, photography (transit-related). Being those things, he is a special-tacial frequented transit enthusiast, pro wrestling advocate

Currently, he became a Dragon Ball advocate since he watched on YTV many years ago. Eventually, a stable named in wrestling, The Nexus brought him and his interests back to pro wrestling.

Here are the schools I attended:

Character of the month

This month's character is:

He likes musical sounds and here are his examples from DBZ Soundtracks:

Retrieved from "https://dragonball.fandom.com/wiki/User:SilverPlaqueVII?oldid=1453486"
Community content is available under CC-BY-SA unless otherwise noted.