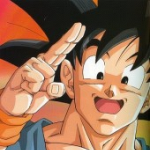 Hello Dragon Ball community! I've loved this series for a while and got back into it around 2008-9. My favorite characters include practically anyone with Saiyan blood and the main villains(canon & non-canon). Goku would probably be my most favorite as I have followed him from Dragon Ball, through Dragon Ball Z, and all the way to the end of Dragon Ball GT; I like his quest of conquering his soft side, his aceeptance of being a Saiyan and the fortitude he has to make some tough decisions in the later parts of the series. Vegeta is such a dynamic character, that its hard not to like him either, though for me, Vegeta was always that one character I liked but would never put in his top 3. That is, until the Buu arc, where his character development just skyrocketed and he became my 2nd favorite character. Their fusions are awesome, so for me its always a fanboyish indulgent moment when I see them. My favorite movie would probably have to be World's Strongest. Personally, Dragon Ball GT wasn't as bad as people say it is: Super Saiyan 4's design was pretty cool, though the anime did make Goku, Vegeta, Gogeta, and Uub the only characters who actually do stuff in the entirety of the series. I also like the concept behind some of the various parts of the series, like how Vegeta and 17 came back as villains, or Gero's displeasure when he was killed by Super 17 etc. (though with the Evil Dragons, having them use elements as powers is just plain retarded).

It is my hope that a huge amount of people will appreciate and love the masterpiece that is the Dragon Ball metaseries (Yes, even GT).

Retrieved from "https://dragonball.fandom.com/wiki/User:SaiyanZ?oldid=1296460"
Community content is available under CC-BY-SA unless otherwise noted.